Skip to content
Home » Entertainment » Who Is Sarah Williams? Know About Her Marital Life 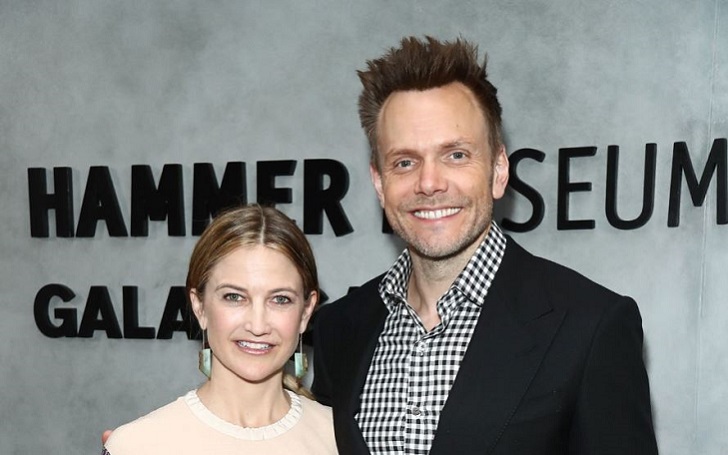 Celebrity partners getting media recognition has become a common thing nowadays. Like others, Sarah Williams is also gaining popularity for being a celebrity wife. Williams is the longtime wife of American actor Joel McHale. Sarah’s Instagram bio suggests that she is an artist by profession.

The star spouse Sarah was born on August 10, 1970, as the only daughter of Sally Williams. Her mother, Sally, celebrated her 84th birthday in April 2022. Sarah’s father passed away when she was ten years old. Remembering her father on his birthday, Sarah shared an old image of her parents, writing, “Dad- you would have been 83 today. Wow, do I miss you, especially today. You only lived on earth with us until you were 42.” Moreover, Sarah has a big brother named Richard Williams.

Let’s find other details regarding artist Sarah in the sections below.

Sarah is eminent for being the spouse of Joel Edward McHale, a well-established name in the acting field. The 50 aged Joel started working in films and series at age 25. Since then, he has been identified as one of the most hardworking and talented actors.

The 6-feet-4-inch (193 cm) tall Joel’s role as Jeff Winger in the NBC television sitcom Community is loved by everyone. Not only that, but it helped McHale to receive awards such as the TV Guide Award and Entertainment Weekly Award. And nominations such as Satellite Award and Critics’ Choice Television Award.

Joel has experience working in movies and TV shows such as Stargirl, Drunk History, The Happytime Murders, Mortal Kombat Legends, Conan, Mystery Science 3000, Spider-Man 2, and The Great Indoors, etc. Likewise, McHale is also famed for his hosting style. He has hosted The Joel McHale Show with Joel McHale, 2015 ESPY Awards, 26th Independent Spirit Awards, The Soup, and others.

They Are The University Sweethearts

The Card Sharks host Joel first met his now-wife Sarah when both were in their early 20s. They had their first encounter in 1995 while attending the Univerity of Washington. It was love at first sight for Joel, who did not wait long to approach her to go out with him.

During an interview with Wired, Joel said, “I called my friend Kim, and I was like, “Hey, do you think you could put a good word in for me with Sarah Williams?” “And she was like, ‘Good luck,’ but Sarah took pity on me and allowed me to take her out, and then I wore her down, and she then eventually agreed to marry me.”

To walk down the wedding aisle, the bride Sarah wore a boat neck half sleeve gown, the same gown her mother Sally wore in 1967 on her big day. She paired it with a double pearl necklace, pearl drop earrings, and a beautiful white headband. Similarly, she carried a white flower bouquet. Likewise, groom Joel chooses to wear a black tuxedo with a white shirt and black bow tie to exchange the vows. Moreover, Saraha and Joel cut four storied flower decorative cakes.

Since that day, Sarah and her hubby Joel have shared an amazing marital bond. They are already in their 26th marriage year, living a joyous married life.

On July 20, 2022, McHale shared images with his wife Sarah to wish her on their anniversary, captioning,

Sarah wishes her husband writing, “26, Happy Anniversary @joelmchale. Thanks for being the best partner in love and life. I’m so glad I get to keep growing up with you.”

On March 12, 2022, Sarah shared a picture of Isaac Hayden, wishing him his 14th birthday, saying, “14, ISAAC – I love being this boy’s mom and witnessing his becoming. Curious, surprising, funny, smart, empathetic and wise. May I continue to learn from you? I love you, and I am sure you will find this post both annoying and embarrassing, but I couldn’t help myself.“

Sarah is an artist by profession whose paintings are exhibited in art galleries, and it has become a source of earning for Sarah Williams McHale. The average salary of the painter is $42 130.

On the other hand, Sarah’s husband Joel enjoys an approximate net worth of $14 million. The actor has appeared in the box office hit movies such as Spider-Man 2 ($789 million), Spy Kids: All the Time in the World ($85.6 million), etc.