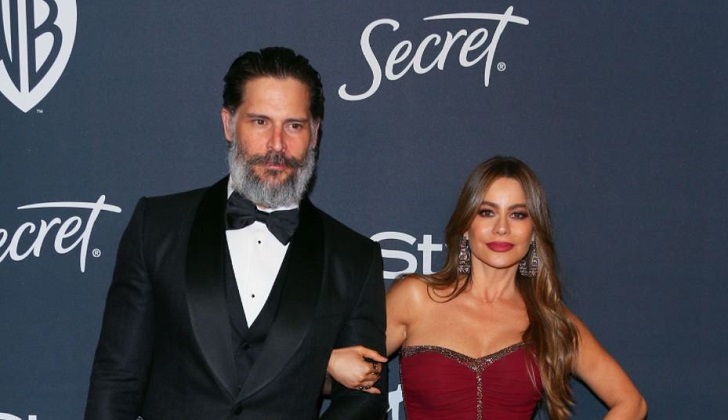 Sofia Vergara is a beautiful and talented Colombian/American actress and TV personality. The 49-years-old Vergara is famous for portraying Gloria Delgado-Pritchett in the family sitcom Modern Family. The Screen Actors Guild Award-winning Sofia is also the judge of America’s Got Talent (AGT).

The Hot Pursuit actress Sofia is married to her husband, Joe Manganiello. How is Sofia and Joe’s marital life going? Know about it in the following sections.

Like Sofia, her husband Joe is also a famous Hollywood actor. The 45 aged Joe is popular for playing Alcide Herveaux in True Blood, a fantasy horror drama series. His other movies and TV shows credit includes Spider-Man, Smurfs, How I Met Your Mother, etc. The actor has received prestigious awards such as Scream Award and Saturn Award.

The Hollywood entertainers Sofia and Joe began dating secretly in June 2014. Later, talking with Extra, Vergara confirmed her relationship with Joe in August 2014. She said, “You know I’m just having a great time, and it’s a special time in my life, and I’m trying not to think too much about it. It’s something very new so we will see what happens.”

Following six months long dating, the True Blood actor proposed to Sofia on 2014’s Christmas Eve during their trip to Hawaii. Speaking about the proposal, Joe said, “There were paparazzi waiting for us at the airport and on the grounds at the resort at St. Regis in Kauai. I wanted to do it on the beach, but I couldn’t; had to do it inside—which was fine. I proposed to her on one knee in Spanish with the sun going down. It was awesome.”

After nearly one year of engagement, Sofia and Joe decided to take their relationship to the next level by marrying. The pair exchanged the wedding vows on November 21, 2015, in an intimate ceremony held at The Breakers Resort, Palm Beach, Florida.

Sofia and Joe’s parents, relatives and co-stars made their presence in the romantic floral decorated ceremony. To walk down the aisle, the bride Sofia wore a stunning strapless ball gown designed by Zuhair Murad. On the other hand, the groom, Joe, dashes the wedding look wearing a black tuxedo with a white shirt and a black bow tie.

Since the wedding day, Sofia and her husband have been living a blissful marital life without involving in any rumors related to their separation. The married pair have already celebrated their 6th wedding anniversary.

Sofia was a married woman before tieing the wedding knot with actor Joe. Vergara got married to her high school sweetheart Joe Gonzalez in 1991, at the age of 19. From the marital relationship, Sofia welcomed their son Manolo Gonzalez on September 16, 1991.

The 30 aged Manolo is the founder of CANINI by Baguette, which retails clothes and accessories for dogs. Sofia and Joe got divorced in 1993 after three years of marriage.

Similarly, the Madea Goes To Jail actress Sofia got engaged to her boyfriend Nick Loeb in 2012. However, her relationship with Loeb also did not last long. Sofia called off her engagement with Nick on May 23, 2014.