Skip to content
Home » Entertainment » Who is Tarlan Baker? Know About His Relationship With Mishqah Parthiephal 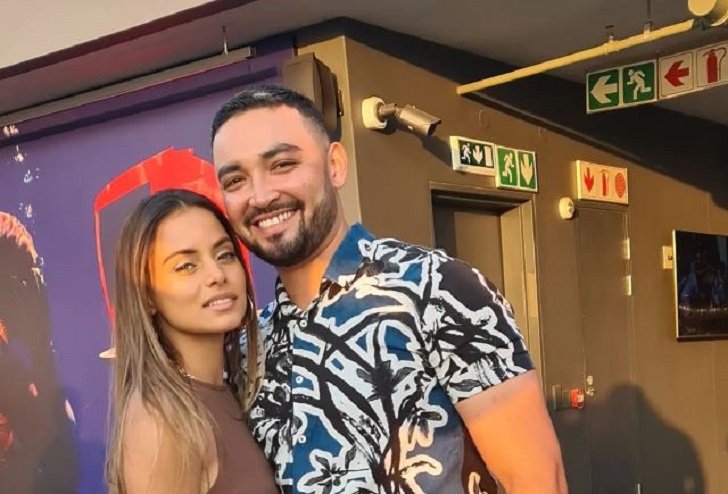 Some people receive media recognition after sharing their intimate life with a celebrity personality. Tarlan Baker is also the one whose prominence rises to fame after marrying South African entertainer Mishqah Parthiephal.

Tarlan is the son of Mike Baker and Late. Tarnia Baker. He celebrates his birthday on January 28 of every year. Tarlan has two sisters, Tersia Stevens and Mia Baker. His sister, Tersia, is married to Alistair Stevens and has two kids, Caitlin and Ethan Stevens. Concerning education, Tarlan graduated from George Campbell School. Now, let’s find the detailed information regarding Tarlan in the following sections.

What Is Tarlan Baker’s Profession?

The celebrity husband, Tarlan, works as an Operations Manager at MBH Bulk. It is a company situated in Johannesburg Area, South Africa, transports various cargo types, ranging from general goods to hazardous material. His father, Mike, is the managing director of the firm.

As per Tarlan’s Linkedin profile, he worked as a Quality Control Inspector at the testing and inspection company Derka Industrial from 2011 to 2014. Baker is also an active social media user. He has more than 1000 followers on his official Instagram account.

As mentioned above, Tarlan’s primary reason for eminence is his celebrity wife, Mishqah Parthiephal. The 32-years-old Mishqah is a South African actress who studied at the University of KwaZulu-Natal. Parthiephal is famous for playing Priya Sehgal in The Indian Detective, a Canadian crime-comedy series.

How and when Tarlan and Mishqah met one another is unclear. But, as per the sources, they began their romantic relationship in 2015. Following more than four-years-long dating, Mishqah and Tarlan tied the wedding knot on March 21, 2020.

On February 21, 2020, Baker shared a picture with his girlfriend Mishqah, saying, “It all started here…. we are now on the brink of tying the knot, I love you baby. 21.03.20.” The couple exchange the wedding vows in a casual ceremony, a bride wearing a blue T-shirt and a leather skirt. Similarly, groom Tarlan wore a shirt and black pants.

Sharing the wedding image, Baker wrote, “Better you smile than cry and even better when you laugh. I’m so glad to be stuck with you, not only in lockdown but until the very end.” As of now, Mr. and Mrs. Baker are sharing a healthy bond as perfect married partners. They often share romantic pictures on their official Instagram account.

The married pairs (Tarlan and Mishqah) expect their first kid together. Similarly, Mishqah took Instagram and Facebook to reveal the news of her pregnancy.

Sharing a series of pictures, Parthiephal wrote, “And so the adventure continues. #bump22.” As of now, Tarlan and his wife Mishqah are eagerly waiting to add the newest member to their family. Also, soon-to-be mother Mishqah is living a healthy pregnancy life.