Skip to content
Home » Entertainment » Who is Too Hot To Handle Francesca Farago Rumor Boyfriend Jesse Sullivan? Her Dating History

Who is Too Hot To Handle Francesca Farago Rumor Boyfriend Jesse Sullivan? Her Dating History 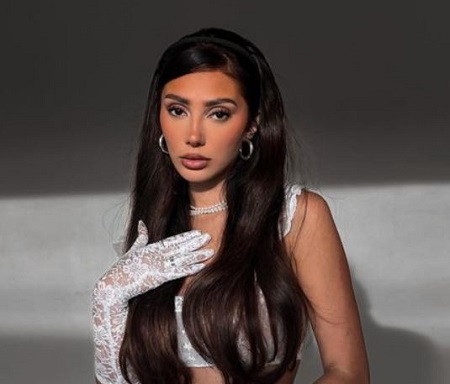 Francesca Farago is a reality star and a social media influencer. Farago has made her appearance in season 2 of the Netflix series Love Is Blind (2020). Similarly, Francesca also appears in the Too Hot To Handle reality series.

The reality star Francesca is also an Instagram influencer with more than 5 million followers. Likewise, Francesca is the creator of the swimwear brand ‘Farago The Label.’ Besides all the professional works, Francesca also makes headlines from her personal life. Recently she make news of her romantic involvement with Jesse Sullivan. Check out their relationship status.

The Too Hot To Handle actress Francesca has not revealed her current relationship. However, she is in a rumor of dating social media personality Jesse Sullivan. Jesse is a Tiktok star with 2.3 million followers as of February 4, 2022. Additionally, his Tiktok bio suggests he is a trans boy.

Farago and Sullivan’s romantic rumor arose in July 2021 after they were photographed sharing a kiss. As per the Daily Mail, Francesca and Jesse shared ‘a passionate kiss‘ after dinner at Olivetta in West Hollywood.

However, neither Francesca nor Jesse has announced their relationship status publicly. They have also not shared pictures on their Instagram accounts. So, it is hard to say whether they are in a romantic relationship or not.

Francesca met a reality star, social media personality, Harry Jowsey, in the 1st season of Too Hot to Handle, a dating show.

After several months of a romantic affair, Harry proposed to Francesca in May 2020. He popped the question with ring pop candy during the show’s reunion in Zoom. She also accepted his proposal saying, “Harry knows I want to marry him, so yes.”

However, after a month of engagement, Harry and Francesca split. On June 17, 2020, Farago also shared a YouTube video, “Our Breakup.” Francesca, who lives in Canada, said, “I thought we were going to get married.” She also said that she had plans to move to California to live with Harry.

“The first conversation we ever had in the DMs was about a wedding, I actually asked her to marry me as my first message.”

In January 2020, Demi and Francesca publicly announced their relationship by sharing pictures on Instagram.

Sims and Farago began sharing a good bond. Francesa also moves to London to live with Demi. Demi and Francesca’s relationship was also filmed for The Only Way Is Essex (TOWIE).

The duo shared a healthy bond and was enjoying their relationship. However, in April 2021, Francesca revealed the split of their relationship. She announces the news via Instagram story. Following their breakup, Demi ”blocked her and deleted her.” Farago also made a YouTube video explaining her and Sims’ separation.