Skip to content
Home » Entertainment » Who Is Travis Burns’ Wife? Details About Their Wedding

Who Is Travis Burns’ Wife? Details About Their Wedding 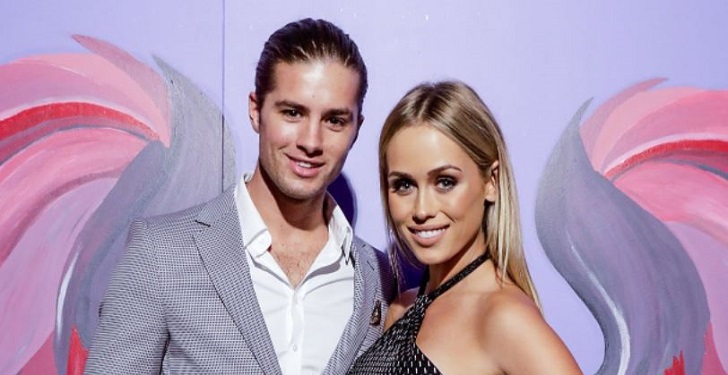 The 6-feet-1-inch (181 cm) tall, dashing actor Travis Burns is from Australia and has been a part of the film industry since 2013. The actor Burns is famous for portraying the leading character of Tyler Brennan in Neighbours.

Travis is a happily married man. Know the detailed information regarding his wife and their marital life in the following sections.

Burns and his then-girlfriend-turned-wife Emma Victoria Lane first met on the set of Neighbours. In the Australian soap opera, Emma plays the role of Courtney Grixti.

The actress Emma and actor Travis has also worked together in the 2019 TV movie, A Christmas Princess. Besides, actress Emma is the founder of the jewelry line Eclatant.

Emma and Travis began their romantic relationship in 2013. Burns has been sharing pictures with Emma on his Instagram since May 2013. After three years of dating, Travis got down to one knee and proposed to Emma with an engagement ring in March 2016.

Sharing the engagement news via an Instagram post, Sunrise in Heaven actor Travis wrote, “A beautiful location with the most beautiful woman in my life! So I asked her to spend the rest of her life with me.”

The couple walks down the aisle, following more than a year-long engagement. The intimate outdoor wedding ceremony was held on December 16, 2017, in Bellarine Peninsula. The bride and groom’s dearest ones and Neighbours cast Alan Fletcher, Matty Wilson, and others make their attendance.

The couple made announced the news of their wedding through an Instagram post. Sharing wedding pictures, Travis wrote, “Mr & Mrs. Burns.” The husband-wife duo shares a healthy bond from the wedding day as perfect married partners. Travis and his wife Emma have already celebrated their fourth wedding anniversary.