Skip to content
Home » Entertainment » Who is Will Forte Wife? Details on His Marriage and Relationship

Who is Will Forte Wife? Details on His Marriage and Relationship 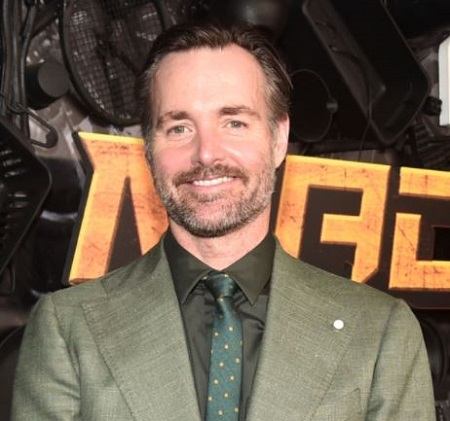 You might know American entertainment personality Will Forte’s appearance on Saturday Night Live (SNL), a television show. As an actor, Forte has made his appearance in movies and TV shows such as Sweet Tooth, Bob’s Burgers (voice role), etc.

Undoubtedly, actor Will earns media attention and a good sum of wealth from his professional acting career. But, what about Forte’s personal life? Is Will living a blissful marital life with his wife, Olivia Modling? Know about Mr. and Mrs’ marital life in the following sections.

The 51-years-old SNL cast Will met his now-wife Olivia Modling at a party in 2018 where their mutual friends invited them.

Talking about Olivia, she is a graduate of Alabama University. As per The Sun, Modling works at Synergy Global Entertainment (SGE) at their distribution and brand partnerships department.

After the first encounter in 2018, Forte and Modling started sharing a good bond. Soon, they began their romantic relationship. Following a year-long dating, they went public regarding their relationship in 2019. Will got down one knee and proposed to Olivia with an engagement ring. The couple got engaged before the COVID-19 pandemic first lockdown.

Birth Of Will Forte And Olivia Modling’ Baby Girl

After announcing an engagement in 2019, Will and Olivia shared the most exciting news of their life with the media. In early 2021, they became parents for the first time, sharing a baby girl.

Will and his then-fiancee, Olivia’s daughter Zoe Douglas Forte was born on February 15, 2021. Forte announced the birth of Zoe, speaking for Conan. In the now unavailable Youtube video, he said,

“I just had a baby, well, my fiancee Olivia just had a baby. Exactly seven weeks ago, Feb. 15. We love her. She was delivered by a doctor named Dr. Rad.”

As of now, Will and Olivia are jointly parenting their daughter. Zoe Douglas is also gathering fame as a celebrity daughter. However, she is kept far away from the meida and spotlight.

On July 31, 2021, Will surprised his family members by exchanging wedding vows with Olivia. Not only his parents but his fans were also surprised by the decision.

In an interview with People, Will said, “We had gotten engaged right before the first COVID lockdown. And so, when we were just starting to talk to planners, people were having to shut down their weddings. At the time, we said, ‘We’re in no rush.’ So then COVID goes by and we’re quarantining for a long time. And then the baby is this wonderful news. And so we were in no rush, but every once in a while we would think about, ‘Let’s just do it.'”

Forte is now enjoying his marriage. He added, saying to People, “It’s fun to say, ‘Wife.” “I’ve never worn any jewelry in my life, and it’s fun to wear a wedding ring.” As of now, Mr. and Mrs. Forte are sharing a healthy bond as perfect married partners.