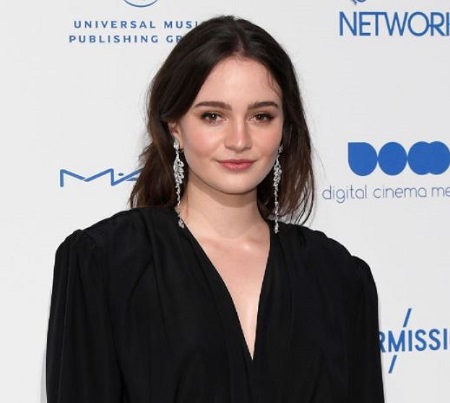 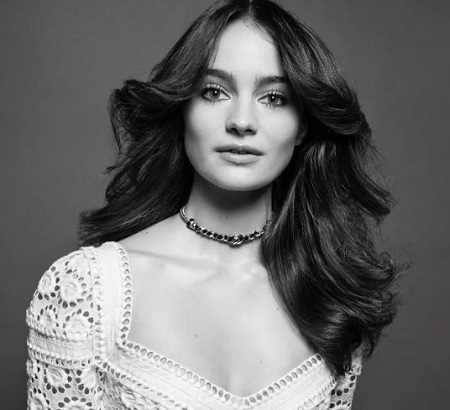 If you have watched the fantasy drama series Games of Thrones, then Lyanna Stark might not be a new name for you. An Irish actress Aisling Franciosi played the role of Lyanna in the popular HBO series. Franciosi has made her appearance in various other successful movies and TV series.

The 28-years-old Games of Throne cast Aisling’s present relationship status is not unclear. Unlike other celebrities, she is quite secretive regarding her love life and affairs. She has kept her details within herself. It seems like the adorable actress has yet not found a perfect partner to begin a romantic relationship.

Franciosi also has not shared any romantic pictures on her official Instagram account. So, it seems like she currently lives a single life. However, Aisling shares a close bond with her cast members, with whom she has also shared pictures on her social sites.

On September 1, 2020, Aisling shared a picture with Baykali Ganambarr, her co-actor from the movie, The Nightingale. The actress wished Ganambarr on his 26th birthday, captioning, “Happy Birthday Baykali Ganambarr. I miss your laugh. You are a lovely soul with so much talent and heart. I will also always be in awe of your ability to sleep wherever, whenever.”

How Much Net Worth Does Aisling Franciosi Enjoys?

Just like personal details, the 5-feet-4-inch tall actress has not revealed the exact net worth she enjoys. However, as per estimation, Franciosi has a net value of around $600 thousand. The primary source of earning for Aisling is from her professional acting career.

As per Payscale, the average salary for an actress is $50782. Being an experienced actress, Aisling might be earning more than an average. In HBO’s popular series Game of Thrones (GOT), Aisling’s appearance helped her gather a staggering sum of wealth. As per sources, the GOT cast earns $200,000 per episode, and Franciosi has portrayed a lead role in its 2 episodes.

The actress Emilia Clarke has also made her appearance in GOT.

Aisling made her acting debut by appearing in the 2012 series Trivia as Trish. Then from 2013 to 2016, Franciosi portrayed the main role as Katie Benedetto in the drama series The Fall. Similarly, she has appeared as Phoebe Griffin in the crime drama series Quirke (2014).

Franciosi’s made her film debut in 2014 by starring in Jimmy’s Hall, the Irish-French-British film. After appearing in several movies and shows, Aisling’s breakthrough role in Game of Thrones (2016-2017) helps her gain massive success and recognition.

Likewise, Aisling’s role in The Nightangle (2018) as Clare Carroll also supports her acting career. For The Nightingale, she also received AACTA Award (2019) in the category of Best Leading Actress. Similarly, Aisling earned Irish Film and Television Award (2015) for her supporting role in The Fall.

Aisling’s other movies and series credit include Home, The Unforgivable, Vera, Legends, Black Narcissus, Clique, and others. Additionally, Aisling has worked on Broadway productions like Romeo and Juliet (Cork Opera House), Little Women (gate Theatre), etc. Moreover, she is filming Anna in an upcoming horror film, Last Voyage of the Demeter (2023).

The GOT actress Aisling was born on June 6, 1993, in Dublin, Ireland, under the zodiac sign of Gemini. Her mother is Irish, and her father is Italian, so she is mixed ethnicity. However, Franciosi’s parent’s detailed information is unavailable. However, she shares pictures with them on her social networking sites.