Alexandra Barbee is the wife of Los Angeles Rams wide receiver Robert Woods. Mr. and Mrs. Woods are sharing a strong bond as a perfect married partner. They also have a daughter. 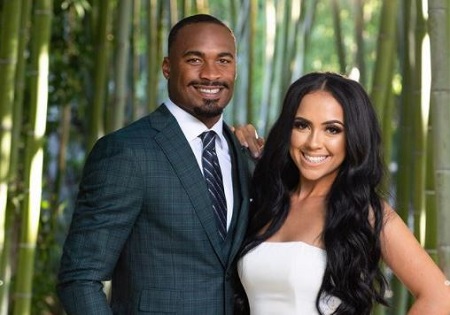 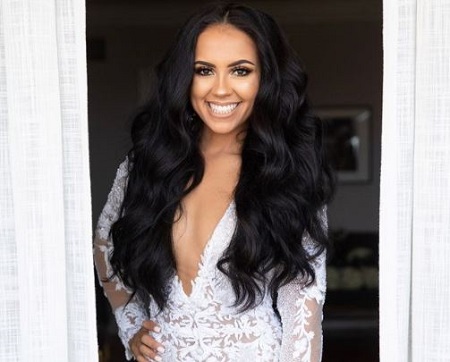 There is a saying, “behind every successful man, there is a woman.” Alexandra Barbee is also one of those women who has supported and cheered her husband since the initial stage of his professional career. Barbee now gains recognition as a celebrity spouse. She is the wife of a sports personality, Robert Woods.

After she shared her intimate life with athlete Robert Woods, Alexandra became a search topic. Robert Thomas Woods is a successful football wide receiver. The 29 aged Robert plays for the Los Angeles Rams of the National Football League (NFL).

Alexandra Barbee Got Engaged In 2017

The former Buffalo Bills player Robert met his now-wife Alexandra at a party in Los Angeles in 2016. During the first meeting, Barbee was disinterested in Woods. Later, the mutual friends encourage her to meet Robert. They talked and went out for dinner. Soon, they began their romantic relationship.

After two years of dating, the football player Robert proposed to Alexandra with an engagement ring in July 2017.

The couple revealed the news of their engagement via Instagram post. Uploading engagement snap on Instagram, Woods wrote, “My best friend said YES! I’m so happy and excited, and I can’t wait to spend the rest of my life with you, my queen. I LOVE YOU.”

On July 7, 2018, Alexandra and Roberts most awaited day came. The sweet couple exchanged wedding vows on the day to spend the rest of their life as husband and wife.

The intimate white wedding ceremony was held at Waldorf Astoria Monarch Beach Resort And Club in Dana Point, California, with their family and friends. Sara Besharati and the teams were the wedding event planner. Similarly, the photography was handled by the wedding photographer Duke.

The bride Alexandra wore an embroidered plunging neckline, floor-length, full sleeve gown by Berta on the big day. On the other side, the groom, Robert, dashes the wedding look wearing a white shirt, coat, a black tie, and a black bow tie.

Since the wedding day, Alexandra and Robert have been sharing a healthy bond as perfect married pairs. The husband-wife duo is soon celebrating their 4th wedding anniversary. Additionally, the married couple never misses a chance to share pictures on their Instagram accounts.

Mother Of A Daughter

The 28-years-old Alexandra gave birth to their daughter Shi Demi Woods in August 2021. As of now, Alexandra and Robert are jointly parenting their firstborn. They are living blissful life. Also, Shi is earning wide media attention as a celebrity daughter.

The celebrity wife Alexandra’s net worth is missing as her profession is unrevealed. It seems like Alexandra is a housewife managing her and Robert’s home and their kid. However, she is famous all over Instagram. Furthermore, she has amassed 20.9 thousand followers on her verified Instagram account as of February 21, 2022.

On the other side, Alexandra’s husband Robert Woods has an estimated net worth of $60 million, which he collects from his successful playing career. In 2016, Woods signed a $34 million, 5-year contract with Los Angeles Rams. After the end of the contract, Robert again signed a 4-years contract with $65 million. 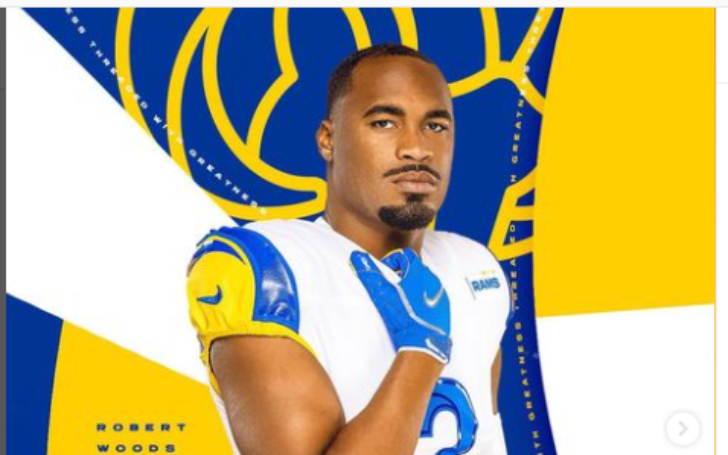