Anaida Poilievre and Pierre Poilievre Married Life. All About their Marriage Details 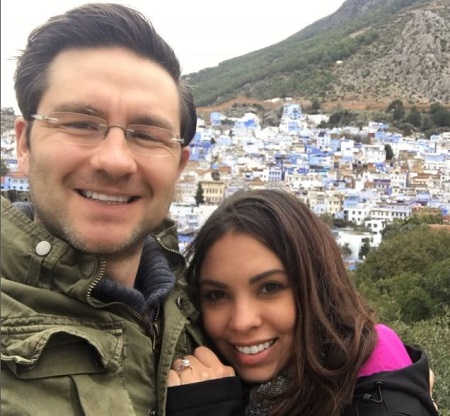 The Canadian politician Pierre Poilievre is a member of the Conservative Party. Poilievre serves as the Member of Parliament (MP) of Canada’s federal district, Carleton. Pierre previously worked as the Minister of Employment and Social Development in 2015.

Pierre received a Bachelor of Arts degree from the University of Calgary. Poilievre undoubtedly earns immense popularity and a reasonable sum of wealth from a professional career. As per Glassdoor, the average salary of a Canadian MP is 189,714 per year. Now, let’s read Pierre and his wife Anaida Poilievre’s marital life.

The former Minister Of State For Democratic Reform Pierre is in the happiest marital relationship with Anaida. Pierre’s wife Anaida is the co-founder of Pretty and Smart Co, an online magazine.

How and when Pierre and Anaida met one another is unclear. But, it seems like the duo dated several years before tieing the wedding knot. The exact date of Pierre and Anaida’s wedding is unclear. As per Pierre’s social media post, they walked down the aisle on January 1, 2018.

However, Anaida’s post suggests something different. Sharing their wedding picture, Anaida captioned, “Beginning of a new journey. Mr. & Mrs. Poilievre. 12.31.2017. #firstlovethenmarriage then…” As per her post, the couple tied the know in December 2017.

Similarly, the photographer was Amarie Photographie. On the wedding day, the bride Anaida wore a full-sleeve dress from Boudoir 1861, a bridal boutique. Likewise, her hair was made by Cate Cruz. Moreover, Anaida’s makeover was handled by Beatriz Texugo Makeup.

On the other hand, the groom Pierre dashes the wedding look wearing black suit pants, a white shirt and a red tie.

Pierre and his spouse Anaida shared two adorable babies from the marital relationship. On May 26, 2018, she announced her 18 weeks pregnancy via Instagram. Later, on October 17, 2018, she gave birth to their first daughter Valentina Alejandra Poilievre.

Likewise, on September 23, 2019, Anaida revealed her second pregnancy showing a baby bump. Their son Cruz Alejandro Poilievre was born on September 12, 2021. As of now, Pierre and Anaida are jointly parenting their kids. Additionally, they never miss a chance to share pictures with their kids on their social sites.