Anna Cleveland hails from the Netherlands but she was raised in Italy. She is the daughter of famous American model “Pat Cleveland”. She has worked with several high-profile designers. During a fashion show, she headlined with her work in a Moschino dress which was set on fire. Her strong work ethic and talent has led her to create a name for herself in the modeling industry. 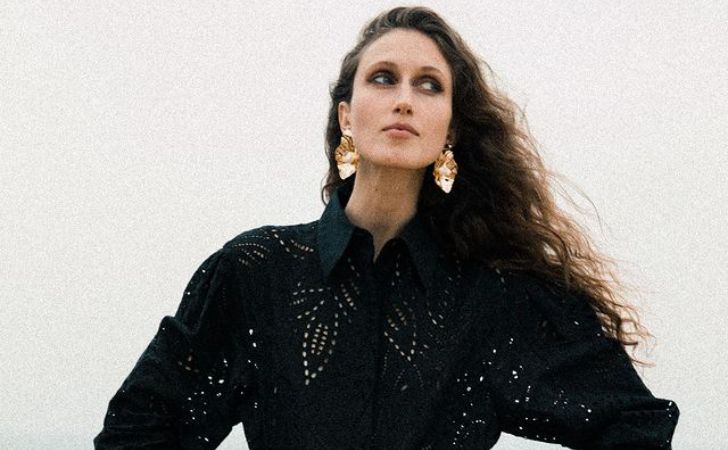 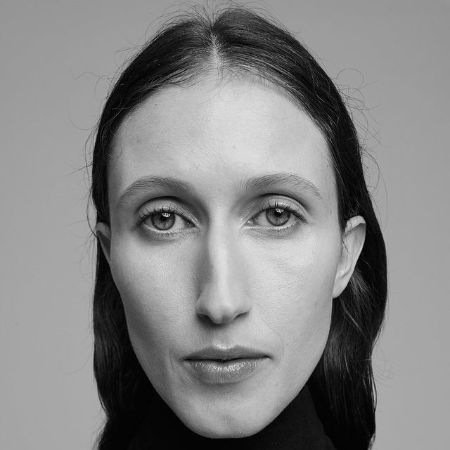 Anna Cleveland is a Dutch model who has successfully made a name for herself through her work. Chanel, Moschino, Bottega Veneta, Carolina Herrera, and Prabal Gurung are the few high-profile names she has worked with. She is the daughter of a famous American model, Pat Cleveland.

The Dutch model is a hardworking and determined person. Being the daughter of a former model does bring a lot of pressure. But, she has managed to get out of that pressure and create a name for herself.

The fact that Cleveland has featured for Vogue Italy, Elle Russia, Glass UK, Purple Fashion, and Glamour Spain clearly shows the work experience she holds as a model.

So who is Anna Cleveland? How did she start her career? How much is her net worth? Is Anna dating anyone at the moment?

Anna Cleveland was born on 19th March 1989 in the Netherlands. As of 2022, she is 33 years old. She was born to her parents, Pat Cleveland and Paul Van Ravenstein.

Her parents raised her with true love and cared for her in a small village in Italy. And that can be the reason behind the close relationship she shares with her parents.

The Dutch model has a brother as well. Noel Van Ravenstein is the name of her brother. She always had the opportunity to create memories with him that she could cherish throughout her life. Being able to spend time with each other allowed them to create a strong bond between each other.

More about her mother, Pat Cleveland

Pat Cleveland is a renowned name in the modeling industry. During the 1960s and 1970s, she succeeded and cemented her reputation in history. She is also the first African-American woman to grow as a runway model.

How did Anna enter the world of modeling?

Even though Cleveland did get some opportunities at first because of her mother but the career she has built over the year is sole because of her hard work. She has a strong work ethic, which is why she has garnered many good responses from the audience.

After taking the path led by her mother, the Dutch model did make it big in the modeling industry. She has been able to create a name for herself through her work.

The praise you hear about her is enough for anyone to know how successful she is in her career.

Cleveland made a buzz in the modeling industry when she did a fashion show wearing a Moschino dress set on fire. That show received a lot of praise and love from the audience. Things never stopped getting better for her.

Cleveland started making appearances after appearances in different magazines. She also got the opportunity to work with famous fashion designers. These are the main highlights of her career; undoubtedly, things are still looking good for her.

The Dutch model is quite a spiritual person. Her mother introduced her to meditation and spirituality. And since then, she has been interested in those things. During an interview, she stated that finding the right book at the right time is very important.

Cleveland’s interest in spirituality led her to write her book. Along with Carlotta Bertelli, she wrote, “I’m Nobody! Who are you?”. The book shares the happiness you get from photographically expressing your true self.

Anna Cleveland has been a part of the modeling industry for a long time. She has even worked with different high-profile designers and magazines. She also receives paid collaborations through which she makes a decent amount of money.

The Dutch model’s net worth is approximately around $2 Million, similar to Violeta Rodriguez. Most of her net worth comes from her career as a model and paid collaborations with different companies. Even after earning such a huge amount of money, she has maintained a modest lifestyle.

Is Anna dating anyone at the moment?

Being in the limelight does bring a lot of attention and rumors. One of the most common rumors is about the love life. People often get curious about the celebrity’s love life and who they are dating. People started getting curious about Anna Cleveland as well. So who is she dating at the moment?

Cleveland is single at the moment. She is quite silent about her love life and has decided to remain low about anything regarding her love life. But she grabbed attention when she appeared with a man at the Vogue Italia Cocktail Party.

Cleveland has decided to stay silent regarding that situation. But from the pictures, it can be determined that the pair shared a good chemistry. Only time will tell about the relationship they have with each other.

But as of now, the Dutch model has kept everything private. Everyone needs to respect this and give her the privacy she is looking for.

Anna Cleveland is a frequent user of Instagram. She often shares pictures from her photoshoot with her fans, friends, and family. She has also been part of different collaborations through Instagram. So it is fair to say that Instagram is integral to her career.

As of now, Cleveland has 95 thousand followers and has made 2,768 posts. The number of positions she has made indicates that she has been active on Instagram. But one thing is for sure; she deserves more followers.

Good things are yet to come for Cleveland. No doubt, she will also be able to gain more followers and interactions on her Instagram. Some things take time to grow, but when they grow, they will be worth it. So we have to wait and see how she will grow on Instagram and in her career.

How tall is Anna?

Looking at the pictures, it is easy to determine that Cleveland has a slim body type. It has come to the light that she is very considerate about her health. To maintain a healthy lifestyle, she follows a strict diet and exercises.

Anyone call tells that Cleveland has a good height and weight. She stands tall at 5 ft 10 in (178 cm). At the same time, she weighs around 56 kg (123.5 lbs). She also has a good combination of eye and hair color which compliments her face structure quite well.