Skip to content
Home » Entertainment » Are Hubbell and Donohue Dating?

Are Hubbell and Donohue Dating? 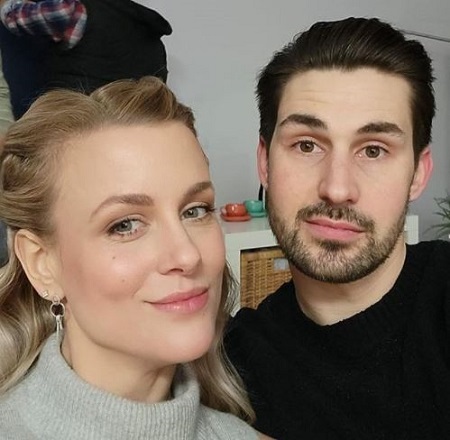 This favorite ice dancer never loses a chance to fascinate figure skating fans with their incredible moves and talents. Madison and Zachary, a professional couple, also gain fame from their personal lives. Are Hubbell and Donohue in a romantic relationship? Know about their relationship status.

Let us clarify that the ice dancers Hubbell and Donohue are not dating. This duo has been an ice dancing partner since May 2011.

Since then, Madison and Zachary have faced wins and losses in their professional careers together. Concerning their romantic relationship, as per the sources, Hubbell and Donohue began dating in an early stage of their ice skating partnership.

Hubbell and Donohue partitioned as a romantic couple after more than 2-years of dating. However, even after the separation, they remain friends and perform as ice dancing duos. Madison and Zachary recently won the 2021 U.S. International Figure Skating Classic. They also said their 2022 Winter Olympics would be their final Olympic appearance before they retire.

After parting ways from Zachary, the 30-years-old Madison began her relationship with Adrian Diaz. Adrain, 31, is a Spanish ice dancer who skates with his dancing partner, Olivia Smart.

Hubbell and Diaz began their romantic relationship in 2014. Following a four-year-long relationship couple engaged in 2018. On April 14, 2018, Madison and Adrian announced their engagement via Instagram post. In a post, Madison wrote,

“I am going to spend the rest of my life kissing you @adriandiazbronchud. #engaged.”

As of now, Madison and her fiance are sharing a healthy bond as perfect partners. Additionally, the couple visits many exotic places together and never misses a chance to share romantic pictures on their social sites.

Likewise, the 31 aged Zachary is in a loving relationship with his girlfriend, Chantelle Kerry. Chantelle is also an Australian figure skater who skates with Andrew Dodds. Donohue and Kerry are living blissfully. They also share pictures on their official social sites.