Skip to content
Home » Entertainment » Priyanka Chopra and Nick Jonas are Married! What’s the Status of their Relationship?

Priyanka Chopra and Nick Jonas are Married! What’s the Status of their Relationship? 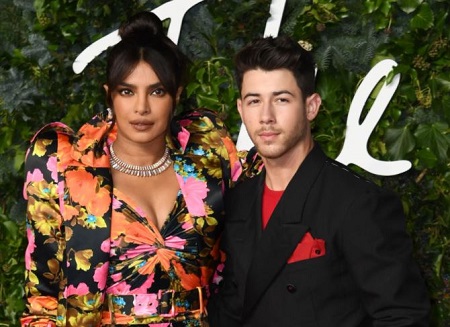 Priyanka Chopra and Nick Jonas, the names that might not need any introduction. Priyanka and Nick are popular for their respective professions from which they have earned numbers of well-wishers, supporters. Chopra and Jonas’ fan following can be easily seen on their respective social media accounts.

Priyanka and Nick are an inspirational couple who has inspired people that age difference does not matter in love and relationship. Jonas and Chopra have proved that age is just a number from their three years of togetherness. However, rumors are swirling all over the media that this couple is ending their relationship. Is the rumor true? Are actress and singer truly divorcing? Know about it in the following sections.

The talented and beautiful Indian actress Priyanka Chopra who has made her appearance in various critically acclaimed movies got married to the popular singer, songwriter Nick Jonas in December 2018. Despite the 10-years age gap, Chopra and Jonas have managed to live their marital life blissfully.

However, in November 2021, Mr. and Mrs. Jonas separation rumors arose, which became the highlighted news for all media. Many of their fans were shocked by the rumors. The split rumors emerged when Priyanka dropped “Jonas” from her official Twitter and Instagram bio. She earlier wrote “Priyanka Chopra Jonas,” but now it displays only “Priyanka.”

The 39 aged Priyanka has yet to speak on the rumors officially, but her mother, Madhu Chopra, has rejected the rumors. She said, “It’s all rubbish, don’t spread rumors.” Overlooking Chopra and Jonas’ Instagram posts, it does not seem like they are ending their marital bond.

On November 6, 2021, Priyanka and Nick celebrated their first Diwali, festive of light toegther. She posts a picture with Nick, 29, captioning,

“Our first diwali in our first home together. This one will always be special. Thank you to everyone who worked so hard to make this evening so special. You’re my angels. To everyone who honoured our home and my culture by not only dressing the part but dancing the night away, you made me feel like I was back home. And to the best husband and partner Nick Jonas, you are what dreams are made of. I love you. My heart is so grateful and full.”

The married duo celebrated their third wedding anniversary on December 1, 2021. Priyanka and Nick (Nickyanka) are living their married life merrily.

Are They Expecting Kids?

On the television program, ‘Jonas Brothers Family Roast,’ Priyanka Chopra also roasted the Jonas brothers. While roasting Chopra speaks on Nick and her age difference. She said, “Nick and I have a 10-year age gap, we do. And there are many ’90s pop culture references he doesn’t understand, and I have to explain them to him. He teaches me how to use TikTok, for example, and I teach him what a successful acting career looks like.“

The 5-feet-4-inch (165 cm) tall Priyanka also joked about expecting kids with Nick. Chopra said that Nick and she are the only couple in the Jonas family without a kid. With a humorous vibe, she stated, “Nick and I are expecting”…shiftily added, “to get drunk tonight and sleep in tomorrow!” The humor made the audience laugh, but Nick gave a shocking reaction.

The National Film Award and many prestigious award-winning Priyanka have worked in successful Bollywood films such as Aitraaz (2004), Krrish (2006), Mary Kom (2014). Similarly, her Hollywood movies and TV series include Quantico, Baywatch, We Can Be Heroes and Matrix Resurrections.