Skip to content
Home » Biography » Are The Circle Stars, Kai, And Calvin Dating?

Are The Circle Stars, Kai, And Calvin Dating?

Kai Ghost was born and raised in the music capital of Tennessee, it’s no surprise that Kai Ghost is an R&B singer-songwriter who currently resides in Los Angeles, California. She had been performing at churches and probably for her loved ones from a young age, which eventually drove her to attend the Nashville School of the Arts. 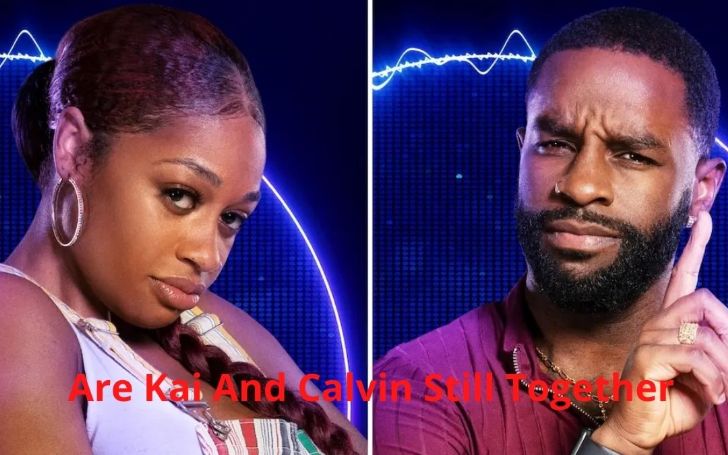 Kai Ghost And Calvin Crook appeared in The Circle which is one of the most loved Netflix series. Not only the show but people love the case of it.

In the season 3 finale, Kai Ghost openly teased that she is open to dating fellow contestant Calvin Crook. Many fans and followers have been rooting for them to get together. During the game, the two were connected on an emotional level.

The real spark continued after Kai and Calvin met one another in person. So, are they dating in real life? Before digging into their dating life, let’s know about them.

Who Is Kai Ghost And Calvin Crooks?

Even though the new reality stars are connected firmly to the series, they come from different backgrounds.

Kai is from Nashville, Tenn, and moved to Los Angeles to pursue her singing career. Furthermore, she is the daughter of a former FBI Agent and is currently 28 years old.

On the other hand, Calvin is from Miami, Florida and is currently 30 years old. Likewise, he is a private chef and a personal trainer by profession.

So, Are Kai And Calvin Dating?

After Calvin’s Elimination, he went to meet Kai in person. After leaving Kai’s Apartment, they promised to stay connected. You may like to read: Morgan Harvey

Similarly, they also cleared out that they are not romantically involved outside the show. However, they often leave flirty comments on each other Instagram posts. In an interview with Parade said,

“I hold Kai really, really deeply in my heart. We’re just friends. But again, we don’t know what the future holds. We talk literally every day. But with everything going on around the world, she’s been very, very supportive.”

Even though Calvin is out of the game, Kai is still playing, and she may be the next target.