Ashley Dougherty is a meteorologist who is currently working as a freelancer weather forecaster for the KDKA-TV. She has also worked as a TV host on many famous television stations like WTRF-TV and WTAE-TV. Along with a TV personality, Doughtery is also a fashion model. She competed in beauty pageants like Miss Pennsylvania USA and Pennsylvania Scholarship Pageant. 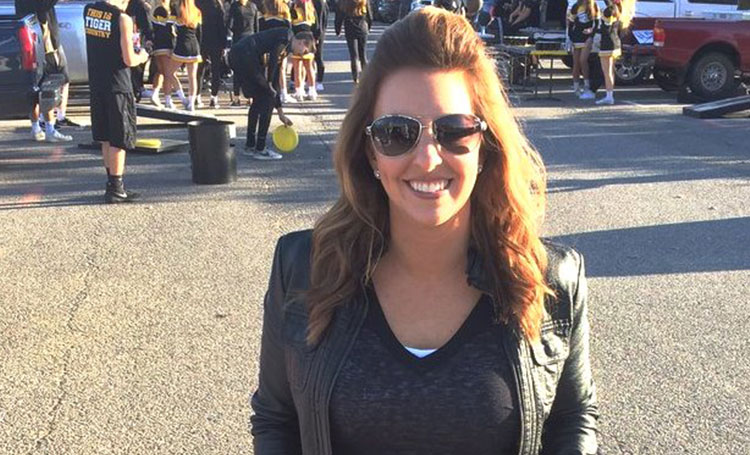 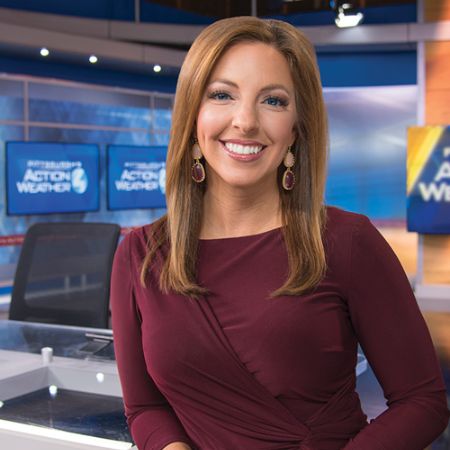 Ashley Dougherty is one of the famous meteorologists all over the United States of America who is currently working as a freelancer weather forecaster for the KDKA-TV. Besides this, Ashley has also worked as a TV host on many famous television stations like WTRF-TV and WTAE-TV.

Ashley is successful in her professional life and doing well too. Just like in her career, she seems delightful in her intimate life.

Ashley is a married woman who tied the knot with Robert Baft on 25 August 2018. The wedding ceremony was held lavishly and significantly in Iron Mills farmstead located at 252 Greenfield Road.

Many famous TV hosts were invited to the wedding party. More to that, Ashley’s pet dog Bubba also joined the event, where it became the center of attraction. Additionally, the wedding function was managed by the Bumble Burgh Events and photographic by Andrew Kim’s photography team.

The bride looked gorgeous in her sleeveless floor-length white wedding gown, which features a short veil. She completed her bridal look by carrying a white flower bouquet. Similarly, the groom, Robert, looks dashing in his blue tuxedo.

First Met At The Blind Date

Well, the pair were completely unknown about one another before they first met on a blind date, which is an online dating service. After a lovely blind date, the pair began meeting and started sharing a romantic life.

The couple further dated secretly, but they did not keep their engagement details under the spotlight. In September 2017, Robert proposed to Ashley a dazzling diamond ring made by Jocey’s Jewelry.

Since then, the duo has been sharing a perfect bond without creating a sign rumor related to their extra-marital affair and judicial separation. Additionally, they are living happily with their pet dog Bubba.

Mother of a child

Ashley and her husband became the parents of their first child, Hayden James, on December 12, 2020. She seems to be balancing her time between her son, family, and her busy career.

Moreover, Ashley and her husband are ready to welcome their second child.  The WTAE meteorologist is pregnant. The 34-year-old revealed the joyous news on-air, as well as on her Instagram page.

Her son, Hayden, and her dog, Bubba, posed alongside a board with the message: “Promoted to big brother, due August 2022”.

As mentioned above, the couple has their pet dog named Bubba, who lives with Ashley and Robert. The pair treat their pet just like their own child. Nine years ago, Ashley adopted Bubba. Since then, they have lived like a family.

Bubba, in addition, is also featured on the many posts updated by Ashley on her official Instagram account.

Ashley Dougherty’s Income And Net Worth

Ashley Dougherty has an estimated net worth of around $500 Thousand to $800 Thousand, which she has garnered throughout her professional life. Another journalist, Kelly Cobiella, has a total net value of $1 million. In addition, as a meteorologist, she receives an annual salary of $62,961.

Other journalists like Kellie Burns and Aiyana Cristal have gathered a good amount of money.

Ashley further is a trained, experienced, and capable weather reporter who has worked in this sector for more than a decade. She has also become the ‘Best Meteorologist‘ of Pittsburgh Magazine.

Along with a TV personality, Doughtery is also a fashion model. She competed in beauty pageants like Miss Pennsylvania USA and Pennsylvania Scholarship Pageant.

Want To Know About Hollywood Celebrities? Then Visit favebites.