R&B and hip hop goddess Beyonce is one of the world’s most famous American singers with a reputation as the highest-paid black musician in history. Further, she and her husband Jay Z are among the Forbes 100 wealthiest celebrities. Blue Ivy Carter is the eldest son of Beyonce and Jay Z. 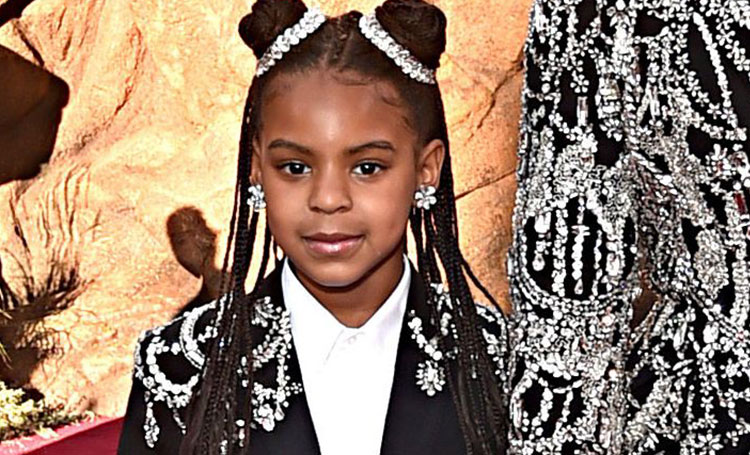 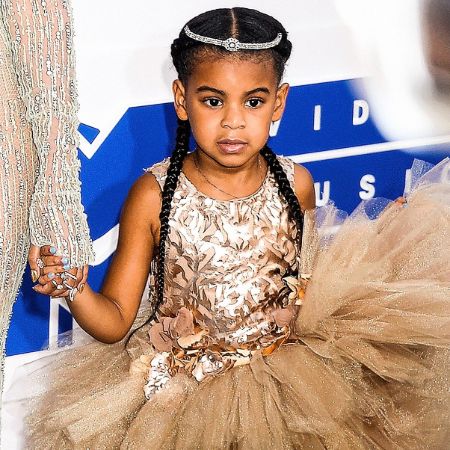 R&B and hip hop goddess Beyonce is one of the world’s most famous American singers with a reputation as the highest-paid black musician in history. Further, she and her husband Jay Z are among the Forbes 100 wealthiest celebrities. Blue Ivy Carter is the eldest son of Beyonce and Jay Z.

The Bonnie & Clyde singers Beyonce and Jay-Z’s first and the eldest child Blue Ivy Carter also seem to follow in her parents’ footsteps. Though she is only seven years old, she has managed to appear in her mama and papa’s music videos.

Born on January 7, 2012, in New York’s Manhattan, Blue Ivy was named after her dad’s favorite color, blue, and the Roman numeral IV. Moreover, she has two younger siblings; Rumi Carter and Sir Carter. Cute and stylish Ivy is also nicknamed Blue Blue and Baba. Since her birth, she has had her fan base and followers.

Ivy’s Parent’s are Together Since 2002

In 2002, Jay-z’s 7th studio album’s single ’03 Bonnie & Clyde featured Beyonce as Jay-Z’s girlfriend. Since then, the pair have been rumored to establish a romantic attachment. But neither Beyonce nor Jay-Z talked publicly about their relationship.

After nearly six, the couple got married in a private ceremony on April 4, 2008. Fortunately, they sold more than 300 million records together after marrying each other. In the past, the duo was media-shy regarding their personal life, but recently they seem more open when talking about intimate things.

But Blue Ivy’s parents did not always have a perfect marital life. Unfortunately, Beyonce and Jay-Z’s relationship soured after he was found having an extra-marital affair. But they soon sorted out the problems between them. At present, everything seems to be working well between Beyonce and Jay-Z.

As a matter of fact, Beyonce had to go through a miscarriage with her first child around 2010 or 2011. In fact, she describes the miscarriage as the saddest thing that had ever happened in her life. At the 2011 MTV Video Music Awards, she announced being pregnant after performing Love on Top.

After nearly five years after the birth of Ivy, on February 1, 2017, Beyonce announced on Instagram that she was expecting twin babies. The post garnered more than 6.3 million in just eight hours and became the world’s most-liked image.

Beyonce, Jay-Z, and Ivy welcomed the twins Rumi and Sir on July 13, 2017. The twins were born at Ronald Reagan UCLA Medical Center, California. Further, the image of Beyonce and her newborn twin on Instagram became the second most-liked photo.

In January 2019, Beyonce and Jay-Z renewed their wedding vows in a lavish ceremony. Not to mention, the couple shared those renewal moments with their fans on media. On that day, Beyonce had worn a white wedding gown designed by designer Galia Lahav. So, the couture gown was reported to be worth $17,000.

Ivy and Her Siblings Life as a Billionaires’ Kids

In 2012, Ivy’s parents had a collective earning of $78 million. Additionally, Beyonce had several famous brand endorsements like; Pepsi and H&M. Currently, Ivy’s parents combined net worth is more than $1.16 billion.

Ivy and her siblings lead a lavish life with her parents’ massive income. Ivy, Rumi, and Sir wear the most fashionable designer outfits that their parents can afford.

One can easily assume that Ivy had a spoiled and pampered childhood. Ivy’s parents own an $85 million house in Beverly Hills, home to the wealthiest American celebrities. Later, they bought a 30,000 sq ft Bel Air mansion for $120 million.

Ivy’s Parents have a Great Plan for Her

Ivy parents don’t have to be a certain type or fit into a specific category. They don’t have to be politically correct, as long as they’re authentic, respectful, compassionate, and empathetic. They can explore any religion, fall in love with any race, and love who they want to love.

Ivy and her siblings attend the major public events with Beyonce and Jay-Z. Likewise, their parents are constantly showering love and affection to them. What is more, Beyonce and Jay-Z are protective of Ivy, Rumi, and Sir.

Blue Ivy is lucky enough to get featured in her mom’s music videos. As a young actress and model, Ivy is sure to get significant prominence in the future; 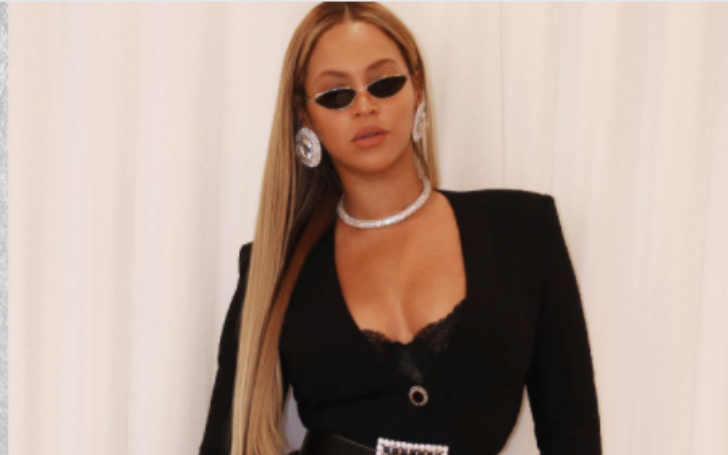 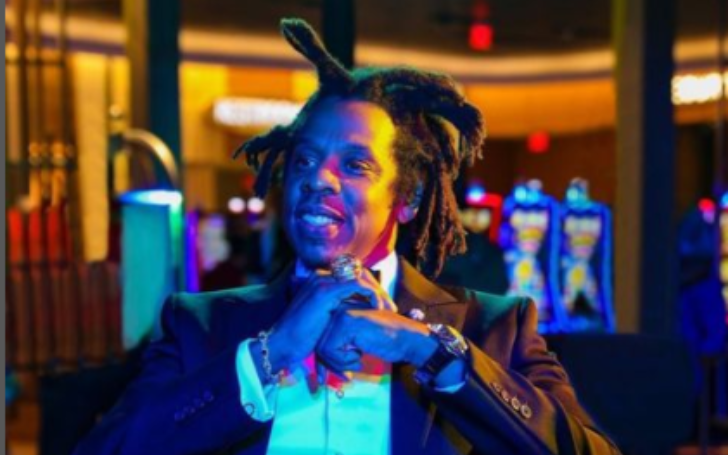 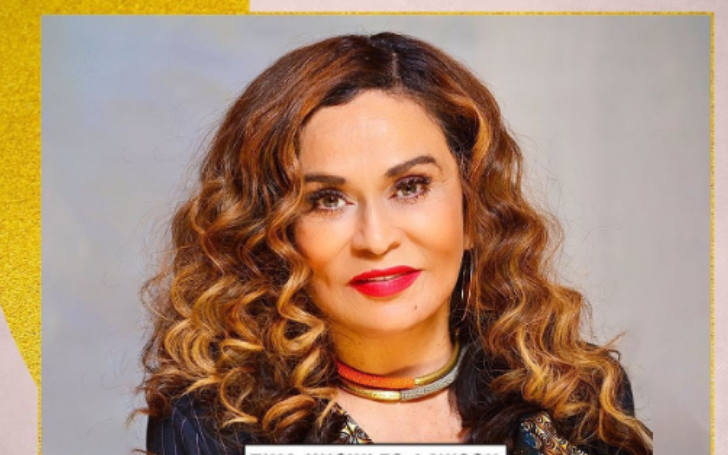 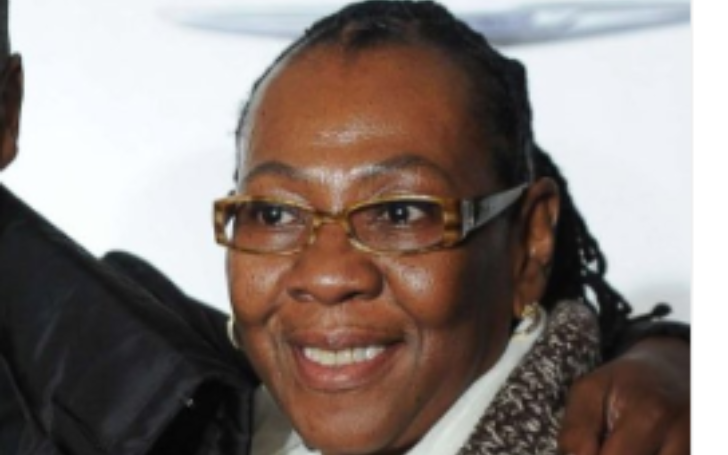