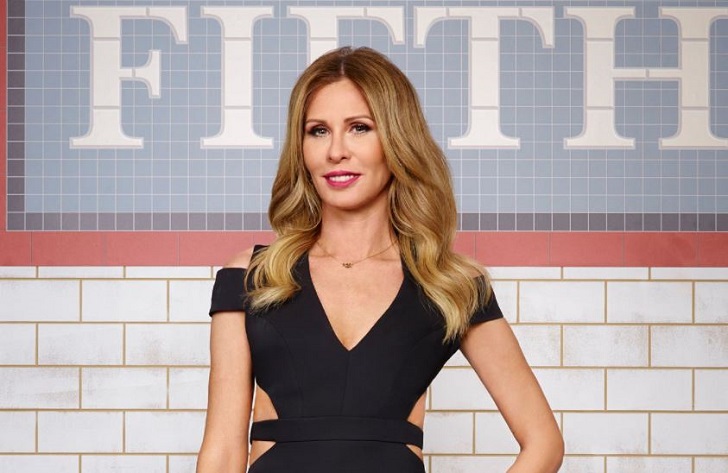 Carole Radziwill is gaining vast media attraction being a Television personality and a Bestselling author. The Emmy Award-winning journalist Carole worked for ABC News in the production department of its various shows.

From her successful professional career, Carole is earning prominence and earns an impressive sum of wealth. How much is Radziwill’s net worth? Know about her career earnings and the total sum of wealth in the following sections.

The New York University with MBA degree graduate Carole has an approximate net worth of $5 million. The primary sources of earning for Radziwill are from her successful journalism and other careers.

Carole started her journalism career by working as a postproduction intern for ABC’s news magazine show 20/20 in 1986. Later, she worked as a production secretary on ABC Close-Up (1960). Similarly, Carole got a chance to work as a producer for ABC’s senior journalist Peter Jenning documentary units.

After a decade-long career, she left ABC to write her personal and professional life biography. Carole also worked as a writer for Glamour Magazine‘s monthly column ‘Lunch Date.’ Radziwill undoubtedly earns an impressive sum of wealth from professional journalism works. As per Carole’s Instagram bio, she is a contributing editor for Town and Country Magazine.

Moreover, Carole is famous for appearing in the Bravo reality television series The Real Housewives of New York City (RHONY). In 2011 she joined as a cast of RHONY, but she left the show in July 2018. Furthermore, Carole is the co-founder of ‘Sex and Good.‘

Carole lives at her two-bedroom house in Soho, a neighborhood of New York City. She purchased the well-furnished and lavish home in 2002 at $975,000.

In September 2005, Carole published a self-memoir, ‘What Remains: A Memoir of Fate, Friendship and Love.’ The book is on the New York Times Best Seller List, and its Kindle price and Paperback are $12.99 and $13.87 respectively on Amazon.

Similarly, Carole released her second book, The Madcap Tales of My Year, on The Real Housewives of New York on December 15, 2012. Likewise, Radziwill published her third book, ‘The Widow’s Guide to Sex and Dating,‘ in 2013. Its kindle price is $10.19 at Amazon.

The Widow Of Anthony Radziwill

The 58-years-old media personality Carole’s prominence rises to fame after sharing her wedding life with Anthony Radziwill. Anthony was a producer and nephew of Jacqueline Kennedy, First Lady. For the information, Tatiana Schlossberg is the granddaughter of late. Jacqueline and her husband John F. Kennedy, 35th President of USA.

Carole and Anthony tied the wedding knot on August 27, 1994. They did not share any kids from their marital bond. Everything was fine; however, Anthony’s health problem shattered their blissful married life. Anthony died on August 10, 1999, due to testicular cancer.