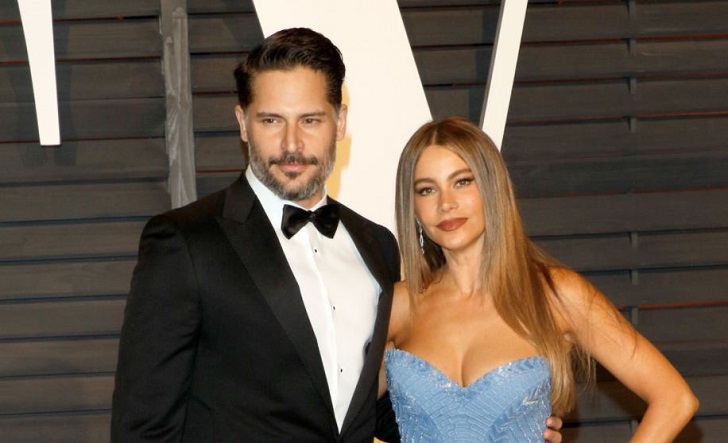 To involve in the film industry is to gather prominence from their incredible acting skills. Many Hollywood actors receive fame and earn a good wealth from their professional acting careers. Like others, Joe Manganiello is also the one.

The 45-years-old Hollywood actor Joe is famous for playing the role of Big Dick Richie in the comedy-drama film Magic Mike and its sequel Magic Mike XXL. Similarly, Joe’s role in the series True Blood as Alcide Herveaux is also appreciable.

The Modern Family actress Sofia and Spider-Man (cameo) actor Joe first met in May 2014 at the White House Correspondents Dinner. At the time, actress Vergara was in a relationship with her then-fiance, Nick Loeb.

However, Nick and Sofia partitioned their relationship in May 2014, which became beneficial for Joe. After parting ways from Nick, Vergara and Manganiello began sharing a good bond which later turned into a romantic relationship. They secretly went on a date in June 2015.

In an interview with Haute Living, Joe said, “Our first date was in June and was her giving me every reason why it would never work out. “Like, you’re too young, you’re an actor, you’re this, you’re that,” and she was doing it to hear herself say it. She was trying to talk herself out of going there.“

Following two months of secret dating, Sofia confirmed her relationship with Joe in August 2014, speaking to Extra. Later, in December 2014, on Christmas Eve, Joe popped the question to Sofia. Manganiello planned to propose Vergara on the beach during their trip to Hawaii, but “the island was infested with paparazzi,” so he did it inside their suite.

The Hollywood stars Joe and Sofia decided to take their relationship to the next level nearly after a year-long engagement. On November 21, 2015, the couple tied the wedding knot under the floral decorated arch. The intimate ceremony was held at The Breakers Resort, Palm Beach, Florida.

More than 400 guests attended their wedding event, including Sofia’s co-stars from Modern Family. The bride was looking stunning on her Zuhair Murad strapless ball gown. Similarly, the groom, Joe, looked dapper in his black tuxedo.

As of now, Joe and his wife Sofia are sharing a healthy bond as a perfect married partner. The married duo travels and attends public events together. Additionally, Joe and Sofia have been married for 6-years, and their marital bond is still going strong.

Similarly, Joe and Sofia have not shared any kids yet. But, Joe is stepfather to his stepson Manolo Gonzalez. On September 16, 1991, Manolo was born via Sofia’s marital relationship with her first husband, Joe Gonzalez. Additionally, they have a pet dog named Baguette Gonzalez.

Stay Updated With Favebites To Know About Your Favorite Hollywood Actors