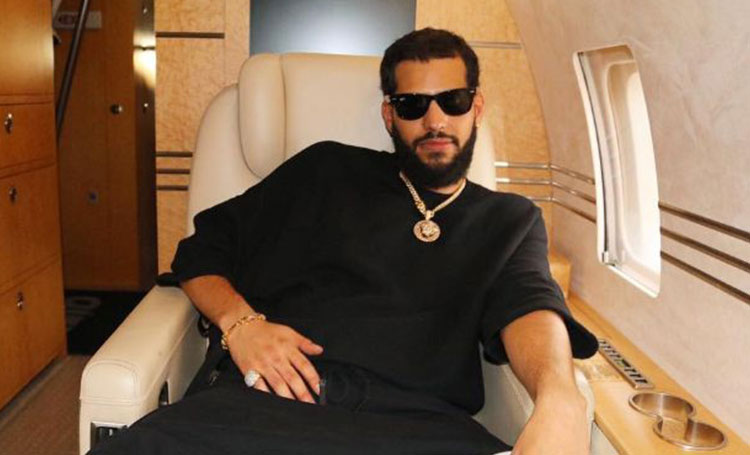 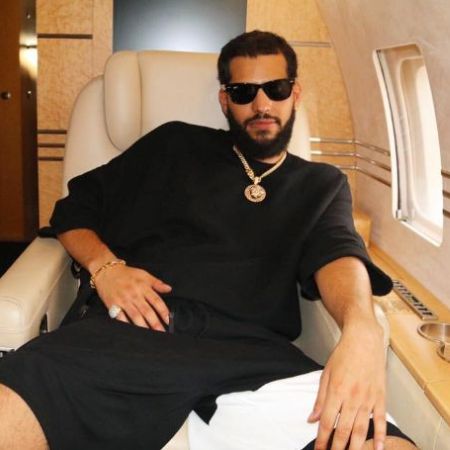 Chris and his brother Steven Martinez have been on the team since its starting date. Chris is the son of mother Magie Martinez and father Steve Senior. He was born and raised in The Bronx, New York, the United States, along with a brother and sister.

Both brothers were active in music from a very early age. Their father was their biggest source of inspiration. They used to perform in the church band. They learned from older musicians, performing in various genres such as disco and soul. And salsa.

Martinez dated the British model and social media sensation Demi Rose from October 2017 to October 2019. The former couple tried to enjoy their private romance out of the limelight. However, Chris and Demi’s relationship went public in December 2017 after they were seen kissing at an airport in Madrid.

As per sources, Chris even tried to convince his ex-lover to come to the United States. The couple was very affectionate towards each other while they were in public. However, the adorable couple broke up after two years of dating due to personal conflicts.

Despite the split, they are good friends and have vowed to support each other’s careers. Currently, both Rose and Chris are single.

Chris was not the first person with whom Demi had dated; American rapper Micheal Ray Stevenson, aka Tyga. They had their relationship started in the year 2016. Just after a few months of being in the relationship, Demi could not face the media after the media exposed their private life.

Demi’s dating list does not stop here; she was rumored to have an affair with another DJ, Tom Zanetti. Tom is a British DJ and music Producer; the rumor was seen before Demi was about Tyga.

Chris has an estimated net worth of $6 Million. He has been living a lavish and happy lifestyle with his brother, Steve.

The lovely brothers have joint Instagram and Twitter accounts under The Martinez Bros. As of 15th December 2019.

The total number of Instagram followers is 536,140, and 62,671 Twitter followers. They have a YouTube channel under the name ” The Martinez Brothers,” where they keep posting their new video and video of their tours, with 20+ k subscribers.

Chris and his brother started in the church and reached almost the top of their level within just one decade. DJ Dennis Ferrer first mentored them. He helped them book gigs at several notable New York venues and also helped to sign a record label for Objectivity.

The two started their careers in Spain. They were in Ibiza, Spain, for their first DJ residency, where they were to begin spinning at the club Ushuaia with their former mentor, Dennis Ferrer.

The show was canceled at the last moment, but they were approached by one of their former friends, Elliot Shaw, and managed to secure a residency for the duo ever since they have been performing at the club at a regular interval.

Chris has been performing with his brother on behalf of their collaborative label Tuskegee Records. They have been busy in the international market ever since 2014.

In 2014, The Martinez Bros were named DJs of the year by UK dance music publication Mixmag. Due to this report, both of them were covered for the December edition of Print Magazine.

In 2014, Chris worked directly with high-end fashion designer Riccardo Tisci to create the soundtrack for Givenchy’s menswear and women’s wear. Chris’s band made it to Nile Rodgers, the only non-Chic cohort to be invited to the program.

Chris and his brother, Steve, remain busy most of the time. The duo started to perform on the grand stage at Electric Daisy Carnival in California in 2009.

Chris performed at the 2010 and 2014 Detroit Electronic Music Festival. Following the year in 2011, they performed at Electric Zoo Festival on Randall’s Island in New York City.

In 2014, they performed at festivals such as Lovebox and Creamfields in England. Escapade Music Festival in Canada. Chris performed at Tomorrowland in Belgium during the summer of 2015 and at The BPM Festival held in Mexico.