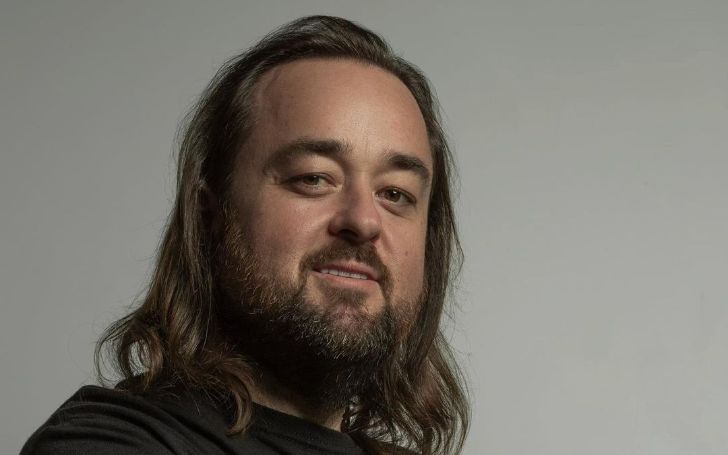 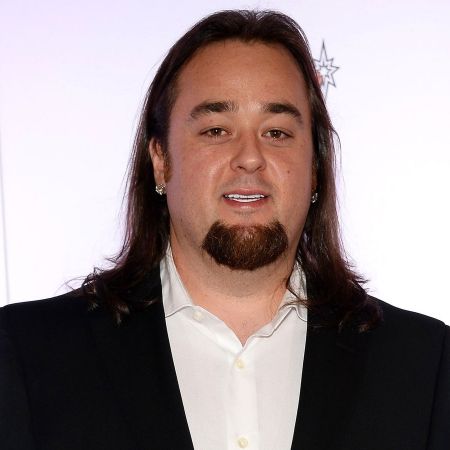 If you have ever seen the famous History Channel television show Pawn Stars, you will probably know Austin Lee Russell, renowned by his nickname, Chumlee.

Well, Chumlee is an American businessman and reality television personality. He appears as a comic foil in the show, where he appraises items such as pinball machines, sneakers, and video games.

Who Is The Wife Of Chumlee?

The famous businessman, Chumlee is a married man as of 2022. Subsequently, Chumlee is in a marital relationship with his long-time girlfriend, Olivia Russell.

The duo tied the knot of husband and wife back in August 2019. Further, their marriage ceremony was private with only their close friends and families.

Their wedding ceremony was held on the island of Hawaii, where they were engaged back in August 2018. Before their marriage, the lovey-dovey couple also hosted a grand pre-wedding party in May 2019.

In October 2019, he uploaded pictures of his wife and lamented about their long-distance relationship. He wrote,

“Missing my wife, it’s hard living apart; she is off preparing for our future going to school at USCB while I am in Las Vegas working,, and it’s the little things I miss like waking up next to her or having dinner together. But knowing we get to spend the rest of our lives together and have moments like this picture is enough to make me happy.”

As of 2021, Chumlee has deleted all his wife’s photos from his Instagram. However, there has been no news of their separation or divorce. They chose to take their relationship away from the public and media.

Chumlee’s net worth is around $5 Million, similar to Andy Hubbard‘s. Furthermore, He collected most of his fortune through his successful career as a reality television personality.

He is one of the famous cast members of Pawn Stars, where he appeared as a comic foil. He takes a hefty salary from Pawn Stars which is $25,000 per episode.

In no time, the show became a huge success. As a result of the show’s success, he formed his own company where he sells novelty items of his design.

Later, he sold half of his stake in the company to Rick Harrison for $155,000 in 2010. Before appearing in the show, he worked for the Gold & Silver Pawn Shop.

In May 2017, he opened a candy shop, Chumlee’s Candy, at Boulevard, Las Vegas. Without a doubt, he must be enjoying a decent profit from his candy shop as well.

As a millionaire, he is very fond of collecting and riding different vehicles. He has some expensive luxury cars in his garage. They are: