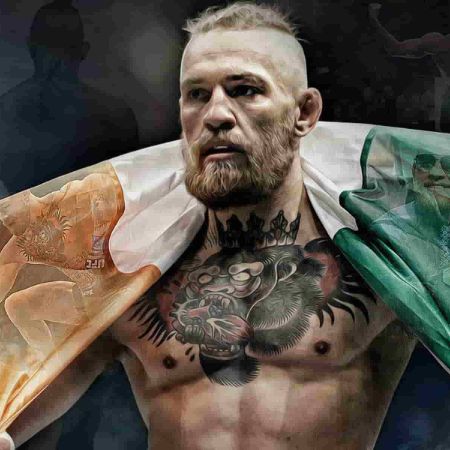 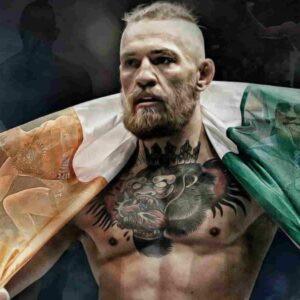 The biggest Mix Martial artist of our generation, Conor McGregor (Mystic Mac), is the Irish MMA athelete known for his flamboyant lifestyle and spectacular knockouts. Furthermore, his rivalry with Russian star Khabib is known all over the world. From a trash talker to a family man, the Dublin star has faced an incredible journey. Recently, he became the highest-paid Athele in 2021, which he previously told Cristiano Ronaldo, he would accomplish.

We have gathered his life journey, you must know about. Let’s celebrate the life of the UFC Megastar.

Despite living a lifestyle of a rapper, the Champion is living as a family man. He got engaged with his long-time girlfriend, Dee Devlin. The pair first met each other in 2008 and got an instant liking for each other. Furthermore, the UFC star credits Devlin for sticking with him during his strugglings days and often helped him financially.

The pair were blessed with the firstborn, Conor Jr, on the 6th of May, 2017. Moreover, Junior wants to follow in the footsteps of his dad and become a world champion. Later on, the couple welcomed another family member, Croia McGregor, and recently announced the arrival of another member of the McGregor clan, Rian Mcgregor. In addition, the former world champion threw a lavish birthday party for Conor Jr in Dubai, costing millions.

From Plumber To UFC Star

Destined to be great, however, his father’s plan for him was plumbing. He did some plumbing for months but left the job to pursue an MMA career. Consequently, the decision shortly impacted his relationship with his father. Furthermore, he met a coach, John Kavanagh, in a gym in Dublin. Finally, Conor’s fans resurrected Dana white during a session at Trinity University. After meeting the Irish fighter, Dana White was sure; he founded his next superstar.

After signing with UFC, his debut fight was Marcus Brimage, which he won easily. Later on, he won against Dustin Poirier, Denis Silver, and Eddie Alvarez. However, his biggest challenge was Nate Diaz, who defeated him in UFC 196. Diaz handed mystic Mac his first loss, which ignited his fire and led to his victory in a rematch. After Nate’s win, his Ego was over the moon. In addition, he became UFC world Featherweight champion after knocking out Jose Aldo in 13 Seconds.

After becoming UFC World Champion, McGregor wanted to face someone, matching his Stardom. However, few people can fit the portfolio of the Irish man, for instance, Cristiano Ronaldo, Leonel Messi, Floyd Mayweather, and Lebron James. Consequently, the world got shooked on the 14th of June, 2017, when Conor agreed to box Floyd Mayweather. Furthermore, Floyd was undefeated (50-0) and a best PPV mogul.

Termed the biggest fight globally, people enjoyed the press conference, as two great trash talkers went at each other. Both parties signed contracts for 8-ounce gloves and sharing of profit. Moreover, on the 26th of August, 2017, the superstar entered the boxing ring. Initially, McGregor piled on the Floyd but was technically knocked out in the 8th round. The boxing event gained millions of viewers and a pay-per-view of 4.3 million, which garnered over 600 million in revenue.

The biggest and coldest rivalry in MMA history, Khabib Nurmagomedov and McGregor have dived the world in two halves. The Feud started after Conor’s friend bad-mouthed khabib in an interview. Furthermore, Khabib ganged up on Artem Lobov and slapped him. After witnessing his friend’s mockery, the Irish star gathered up his friends and destroyed a bus khabib was traveling in. The incident got noticed by a world, which also got McGregor some legal troubles.

After millions of fans demanded the inevitable fight, Dana White announced the fight for UFC 229. Furthermore, their press conference was a verbal exchange between the fighters. The fight was announced on the 6th of October, 2018, at the T-Mobile Arena. Despite getting the upper hand in the first round, Mcgregor tapped out in 4th round. Furthermore, an infamous brawl breakout after the fight. Moreover, there is still some bad blood between them, and Irish fans eagerly await a rematch.

Net Worth From Proper 12

His initial payment from UFC was 60 thousand USD; however, he Currently earns over 50 Million USD per fight. Furthermore, he earned 100 Million USD for the super-fight against Floyd. From his earnings, he has purchased mansions in Las Vegas, Los Angeles, and Dublin. Furthermore, he owns a Private Jetplane with 17 million USD and recently bought a red Lamborgini worth over 1 million USD. Also, follow the Net Worth and Career of another Giant of her field, Salma Hayek.

The trash talker was born in Crumlin, Dublin, on the 14th of July, 1988. he was born in a middle-class Irish Family to Tony McGregor and Margaret McGregor. Furthermore, he studied at an Irish Language school and wanted to be a footballer when he was a child. However, he got the taste of boxing at 12 years old. After moving to Capital, Dublin, he started training for Mixed Martial Arts.

Talking about the appearance of the Irish beast, he stands tall at 5 feet and 9 Inches/ 1.75 Meters and weighs around 70 Kilograms (155lbs). Currently, he has reached the age of 32 years of age. Furthermore, he has engraved a tattoo of a gorilla and Tiger, which he channels his energy from. Mystic Mac belongs to Irish Nationality and belongs to White Caucasian Ethnicity.

With his meteoric rise in UFC, his fans followed him on social media also. Currently, his Instagram handle boasts over 40 million followers and 2553 posts. Furthermore, Hopper Hq Instagram Richest recently ranked the page 36th on their list. In addition, he earns $170k per sponsored Instagram post.

The Irish superstar also entertains us on Twitter with his constant beef with Nate Diaz, Jake Paul, and Khabib. Recently, the fighter was called out by YouTuber Jake Paul, proposing a guaranteed 50 million paycheck.