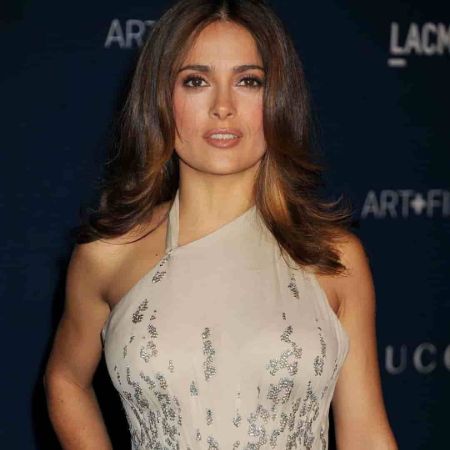 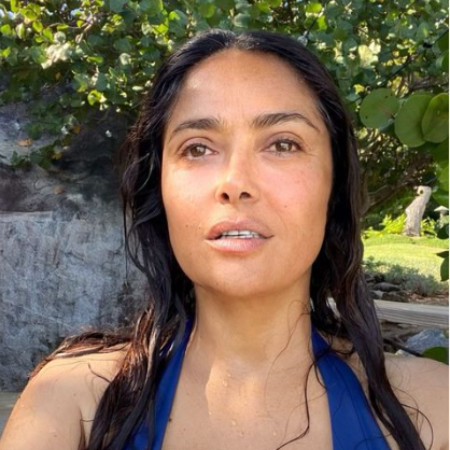 The biggest Female Star from Mexico, Salma Valgarma Hayek Jiménez, aka Salma Hayek, is a box office queen and a brilliant performer. Coming from a humble background, she managed to make a big name for herself. Furthermore, she has worked with Jonny Depp, Adan Sandler, Antonio Banderas, Adam Sandler, Ryan Renolds, and the Great Samuel Jackson. Hayek recently made headlines after joining the Marvel Cinematic Universe with the 2021 release, The Eternals.

We have gathered the life story of Salma and some intresting trivia, which you would enjoy reading. So, let’s celebrate the marriage and career of the Mexican superstar.

Who Is Salma Hayek’s Husband? Does She Have A Daughter?

Before she settled down, the Latino beauty dated some of the Hollywood heartthrobs. In 1997, she dated English actor Edward Atterton. Their relation ended shortly after 2 years. Later on, Salma was in a four-year relationship with Fight club star Edward Norton. The golden globe winner was a huge admirer of the Mexican model. In 2003, the pair had a healthy breakup and moved on in their life. After Norton, her heart was stone by Josh Lucas, who she shortly dated for a year.

After getting fed up with the actor, she chose Francois-Henri Pinault as her life partner. Furthermore, the actor and French billionaire announced their engagement on March 9, 2007. Later on, the pair welcomed their firstborn, Valentina Paloma Pinault, on the 21st of September, 2007. After becoming parents, they exchanged wedding vows on 2009’s Valentine’s Day in France. In addition, they remarried in Venice during a lavish event.

Before she was a Hollywood great, she used to appear in Mexican drama Teresa. After she departed from the telenovela, she starred in 1994’s El Callejon de Ios Milagros, which received the most accolades in Mexican cinema history. After she succeeds in Mexico, she moved to Los Angeles, where she learned acting traits from Steller Adler. In the 1995’s, she appeared in the cult classic, Desperado, opposite Spanish superstar Antonio Banderas.

Later on, she joined the cast of romantic drama; Fools Rush In alongside Matthew Perry. Following her incredible performance, she starred with Will Smith in 1999’s Wild Wild West. However, one of her best performances came after she reprised her role in Once Upon a Time in Mexico, starring alongside Jonny Depp, Eva Mender, and former costar Antonio Banderas.

Eternals And Other Blockbusters

After a decade in Hollywood, she tried her hand in producing. Consequently, she launched her production company, Ventanrosa. One of her initial ventures was 2002’s Frida, which boasted the star cast of Frida Kahlo, Salma herself, and Alfred Molina. In 2003, she earned a Daytime Emmy to produce and directed the project, The Maldonado Miracle. In addition, her show Ugly Betty won her another Emmy Award and critical acclaim.

One of her biggest hits came with the Comedy-drama Grown-Ups. Hayek joined the Starline up of Adam Sandler, Chris Rock, and Kevin Smith. Furthermore, the family comedy got a sequel, Grown Ups 2, in July 2013. In addition, she voiced the character of Kitty Softpaws in an animated project, Puss in Boots. Recently, she made headlines after starring in Marvel’s new movie Eternals, alongside Angelina Jolie. The Superhero movie will serve as the continuation of the Marvel Cinematic Universe.

Net Worth Of Salma Hayek

One of the most sucessful actors of the modern century, the stunning actress has lived a sucessful and lavish life. Currently, her net worth is estimated to be 100 Million USD. Furthermore, her husband is worth an enormous 43.1 Billion USD. The married couple has purchased massive mansions all around the world. In addition, the 54-year-old was made CEO of her company, Ventanrosa. Their 8,000 sq. ft house in Bel Air Estate is worth a massive $13.5 Million, which was further remodeled.

Focusing on the appearance of the Mexican star, she stood tall at 5 Feet and 1 Inch (1.57 Meters) and weighed around 60 kilograms. Currently, the producer has reached the age of 54. Furthermore, she holds a Mexican American Nationality and belongs to Latino Ethnicity. Despite being over 50 years of age, Salma has maintained a lean physique, befitting a movie star. Nevertheless, her Zodiac sign is Virgo, signifying her charismatic personality.

The stunning actress was born in Coatzacoalcos, Veracruz, Mexico, on the 2nd of September, 1966. She was born in a Mexican family to Sami Hayek Dominguez and Diana Jiminez Medina. Furthermore, Sami had Lebanese Mexican background, whereas his wife was from Spain. Hayek’s parents raised her with Catholic traditions. Moreover, she attended Ramtha’s School of Englightenment. Unfortunately, she had dyslexia but did not let it became an obstacle in life.

Being one of the biggest names in Hollywood, it is inevitable for the likes of Hayek to gain a massive following. As of 2021, her Instagram handle boasts a massive 18 million followers and 1939 posts. Furthermore, the page is following 314 people. Most of her contests include movie promotions and family pictures. In addition, Twitter has gained over 467 thousand followers. She recently tweeted amazon prime’s Bliss.

Furthermore, she also shares her work updates and random thoughts. Currently, her IMDB flaunts an impressive 81 credits, including the likes of the Grownup franchise, Ugly betty, and the classic Once Upon a Time in Mexico. Nevertheless, she uses her Facebook to interact with fans and promote movies. Recently, the popular page crosses the 2.9 million following mark. Despite hectic schedules, she manages to make time for her fans and moviegoers.