Daniele Lawson is an American rising actress, who portrayed the character of Isha Price in the highly anticipated film King Richard alongside Will Smith in 2021. Popularly known for her roles in Young Sheldon (2017), Good Trouble (2019), and Mixed-ish (2019), she is undoubtedly Marvelous. Yet, she is still young and single. 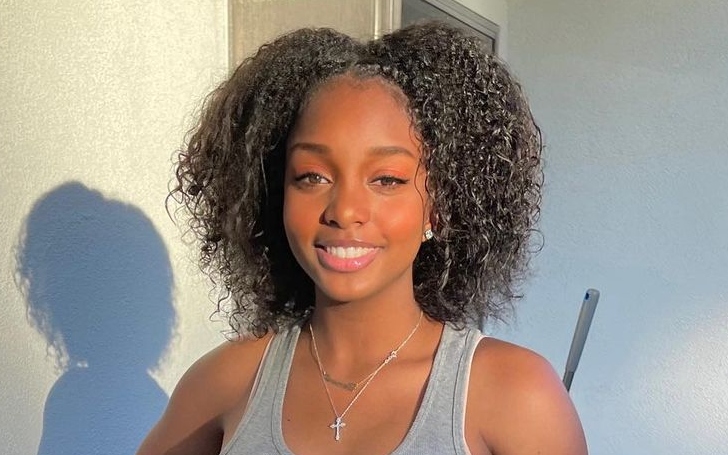 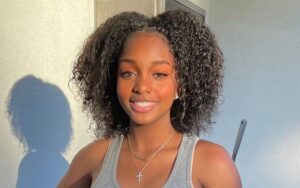 Daniele Lawson is a rising American actress who portrayed the character of Isha Price in the highly anticipated film King Richard alongside Will Smith in 2021. Popularly known for her roles in Young Sheldon (2017), Good Trouble (2019), and Mixed-ish (2019), she is undoubtedly Marvelous.

Daniele Lawson is supposedly one of the actresses with great potential to be the next big star in the world right now, but how much do you know about Daniele Lawson?

Who Is The Boyfriend Of Daniele Lawson?

The 17-year-old Gorgeous Daniele is currently Single. It seems like she is too young to engage in any serious relationship at the moment. Perhaps, she has amazing friendships.

Her girl squad is everything. Moreover, her bonding with her besties is stronger than ever. You may also like to read about other famous actresses such as Demi Singleton and Susie Abromeit.

Daniele is up to her career at the moment. She is known to be an actress with great potential. She is learning to enhance her acting skills. Moreover, she is simply learning to express herself better than sticking into any relationship. Instantly, if you focus solely on a career, it will excel you leaving your relationships with the partner much stronger.

So How Rich Is Daniele Lawson?

Daniele Lawson has an estimated net worth of $300K as of 2021. Her net worth is close to that of Vanessa Arevalo.

Her career as an actress is her primary source of income. Besides, he does earn a decent amount of money through various brands endorsements and advertisements. Moreover, her career growth increases her net worth considerably.

Daniele has had extensive training throughout her career. She has studied voice for years with Lydia “Mama” Mouton. Further, she has studied acting under Lisa Picotte, Sonya Leslie, and The Groundlings.

She co-starred on Young Sheldon CBS Television, Mixed-ish ABC Television and landed a recurring role as Jahzara on Good Trouble on Freeform. Daniele is currently working on her first feature film King Richard which was released in November 2021.

The 17-year-old Daniele played the character of Isha Price in the 2021 American biographical drama film King Richard. The film was directed by Reinaldo Marcus Green and written by Zach Baylin and follows the life of Richard Williams, the father and coach of famed tennis players Venus and Serena Williams, who serve as executive producers of the film.

Additionally, it casts the most famous personalities, including Will Smith in the title role, Aunjanue Ellis, Saniyya Sidney, Demi Singleton, Tony Goldwyn, and Jon Bernthal.

Daniele even shared a sweet post expressing her memorable moments with the team. She was blessed to have worked with the most talented and selfless team on King Richard’s amazing movie.

Additionally, it had its world premiere at the 48th Telluride Film Festival on September 2, 2021. It was theatrically released on November 19, 2021, by Warner Bros. Pictures and on the HBO Max streaming service on the same day.  The film received positive reviews as well as appreciation from all corners of the world.

On December 31, 2004, Daniele was born in Inglewood, CA, and grew up in Culver City, CA. As of 2021, she is 17 years old. Her Zodiac sign is Scorpio. As per the astrologers, Scorpio is a Water sign and lives to experience and express emotions.

Coming to her family, she is the daughter of Daniel R. Lawson Jr. and Michele Lawson. Also, she has five more sisters who grew up along with her.

Growing up as a kid, she has a great passion for dancing. She began dancing beautifully at the early age of 2. Additionally, she dances with numerous dance companies such as Fantasia Dance Ensemble, Victory Praise Dancers, and Faithful Dance Company.