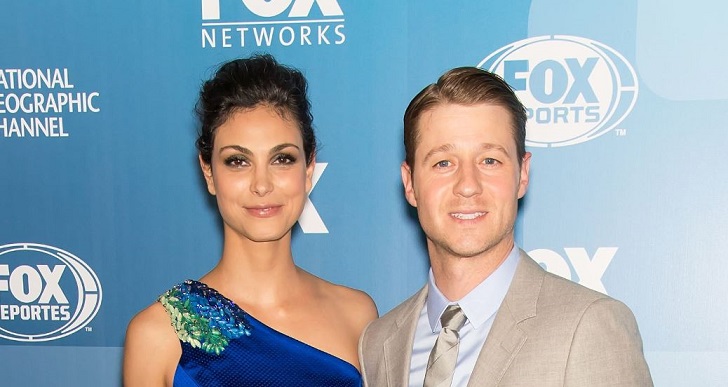 The 5-feet-7-inch (171 cm) tall Morena Baccarin is a Brazilian actress with experience working since 2001. The actress is amassing huge media attention and fan followers for her acting skills and beauty. Baccarin has featured in various popular movies and TV shows.

The actress was born Morena Silva de Vaz Setta Baccarin in Rio De Janeiro, Brazil, on June 2, 1979. She is the daughter of actress Vera Setta and journalist Fernando Baccarin. Morena moved to New York with her family at age 7. There she studied at New York City Lab School for Collaborative Studies.

Who Is Morena Baccarin’s Husband?

If you have watched the American teen drama series The O.C (2003-2007), then Morena’s husband, Ben McKenzie, might not be a new name for you. Like Baccarin, McKenzie is also a well-established entertainment personality who hails from Austin, Texas. Ben played the leading role of Ryan Atwood in the series. Likewise, for the series, he also received a Teen Choice Award nomination.

The 43-years-old Benjamin McKenzie Schenkkan, aka Ben, is a BA degree holder from the University of Virginia. McKenzie has featured in movies such as Batman: Year One, Goodbye World, Some Kind of Beautiful, Line of Duty, 88 Minutes, and others.

Met In The Set Of The O.C

The acting field became a matchmaker for Ben and Morena. Baccarin and McKenzie first met while working together in The O.C. Morena guest-starred in the three episodes of the series while Ben was a leading character which was also his breakthrough.

Following the first meeting, nothing but McKenzie and Baccarin started a good friendship. After nearly a decade, Ben and Morena got a chance to work together in the drama series Gotham (2014-2019). He played the main role there from season 1, and Morena later joined as a series regular from season 2.

For the information, the actress Lesley-Ann Brandt and Chelsea Spack have also made their appearance in Gotham.

In the Fox superhero crime drama series, Ben and Morena have portrayed a leading characters. McKenzie played James Gordon, and Baccarin performed as Leslie “Lee” Thompkins in the series based on characters by DC Comics. Additionally, Ben has served as director and writer in some series episodes.

The Son of Batman actress Morena and Batman: Year One actor Ben upgrade their relationship by marrying on June 2, 2017. The couple exchanged the wedding vows in a private ceremony held in Brooklyn, New York. They walked down the wedding aisle on Morena’s 38th birthday secretly, so the information regarding their married lacks.

In an interview with Harry Connick Jr, Ben revealed the wedding news saying, “We wanted to get married at the Botanic Gardens in Brooklyn, which was beautiful. When we wanted to book it, which was over a year in advance in our defense, the only date available was my wife’s birthday.“

As of now, Mr. and Mrs. McKenzie share a healthy bond as perfect married partners. The married pair have already celebrated their fifth wedding anniversary, and the bond is still strong. Morena and her husband Ben attend many public events jointly, travel, and share pictures on their social networking sites.

From the strong marital union, the Justice League Unlimited actress Morena and her hubby Ben shared two adorable kids. In September 2015, Morena revealed the news of her pregnancy. Later, she gave birth to their first child, a daughter, Frances Laiz Setta Schenkkan, on March 2, 2016.

Similarly, Ben and Morena’s second child, a son, Arthur Setta Schenkkan, was born on March 9, 2021. As of now, Ben and his wife Morena are jointly parenting their kids. Frances, 6, and her younger brother Arthur are gaining wide fame as celebrity kids. Unlike other star kids, they are kept far away from the spotlight.

Besides Frances and Arthur, Morena is the mother to her elder son Julius Chick. Julius was born on October 22, 2013, via Baccarin’s first marital relationship with American filmmaker Austin Chick. Morena got married to Austin on November 18, 2011. Later, citing irreconcilable differences, she filed for divorce in July 2015. Their divorce was officially settled on March 18, 2016. As of now, Julius, 8, lives merrily with her mother, Morena, half-siblings and step-father Ben.