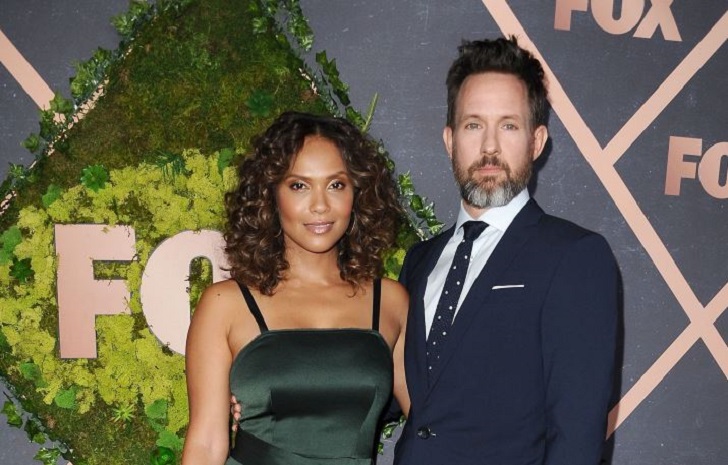 The 40-years-old South African actress Lesley-Ann Brandt studied acting at Meisner technique. The New Zealand immigrant Lesley has been a part of the acting industry since 2007. Brandt is popular for playing Mazikeen in the fantasy drama series Lucifer among other characters.

The 5-feet-7-inch (170 cm) tall actress Lesley’s other acting credit includes Spartacus: Blood and Sand, Spartacus: Gods of the Arena, Gotham, Single Ladies, etc. Brandt is in a marital relationship with her beloved husband, Chris Payne Gilbert. Today we will be discussing Lesley and Chris’ marital life. So, read the article till the end.

Like Lesley, her husband, Chris Payne, is also an actor by profession. The 50 aged Chris is famous for his portrayal of Todd in the comedy series 10 Times or Less. The Siena College graduate Gilbert has worked in movies and TV shows such as Race to the Center of the Earth, The Protector, Celebrity Deathmatch, etc.

The 6-feet-0-inch (183 cm) tall actor Chris has also worked as a director, writer, and producer in Brothers, a short drama series.

Brandt and Gilbert first met in 2012. Speaking about their first meeting with the Brides, Lesley said, “We met at the Nancy Banks Acting Studio in 2012 after being assigned a scene together. It was an incredibly hot day in Los Angeles, and I was lying down on the living room floor nursing a beer.

Brandt added, “Chris walked in and looked at me and said he thought, ‘Who is this crazy chick drinking before our rehearsal?’ We talked for the next two hours and laughed a lot, and then at our next rehearsal, we kissed.” Afterward, Chirs and Lesley began sharing a healthy bond and soon began their romantic affair.

Walked Down The Wedding Aisle In 2015

Following a two-year-long, Chris proposed to Lesley with an engagement ring in June 2014. Gilbert popped the question in a surprise romantic beach ceremony.

Later, on September 5, 2015, Gilbert and Brandt decided to take their relationship to the next level by marrying. The couple exchanged the wedding vows in an intimate ceremony held by their friends, family members, and relatives in New England.

To walk down the wedding aisle, the bride wore a strapless two-piece silk gown designed by Monique Lhuillier that featured a long veil. The groom opted for a midnight blue suit pants, a white shirt, and a black bow tie by Paul Smith.

As of now, Mr. and Mrs. Gilbert are sharing a healthy bond as perfect married pairs. They have already celebrated their 6th wedding anniversary without creating any rumors about the separation. Lesley and her husband Chris attend many public events together.

From the strong marital solidarity, Lesley-Ann and her spouse Chris shared a boy. In February 2017, Lesley shared the news that she and her husband Chris were expecting their first kid.

Later, ‘The Librarians’ actress Lesley-Ann gave birth to her son Kingston Payne Gilbert on July 28, 2017. As of now, Lesley and Chris are jointly parenting their only kid. Like Joseph Obiamiwe Wilson, the 4-years-old Kingston is also gathering fame as a celebrity son. Similarly, Kingston Payne is often featured on the post updated by his celebrity mother and father on their official Instagram account.