DJ Pauly, Know about the notorious member of Jersey Shore! 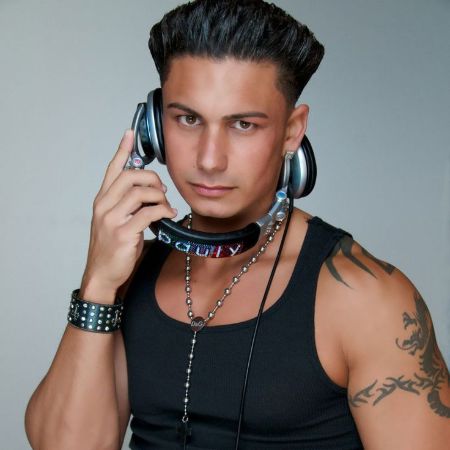 Have you ever viewed the American MTV reality TV series Jersey Shore? If yes, then Paul D. DelVecchio Jr., publicly known as DJ Pauly D and Pauly D, is not a new name for you.

He starred as a housemate on all six seasons of the show from 2009 to 2012. Besides acting, Paul is famous as a disc jockey who started his career as a local DJ named Pauly D.

Moreover, Pauly is the first Jersey Shore member to launch his private spin-off show, The Pauly D Project. And, he made a three-album deal with 50 Cent’s G-Unit Records and G-Note Records.

Who is his current girlfriend? And What is his net worth? Read the entire article to gather more information about these prominent rappers.

Likewise, he is the son of Paul D. DelVecchio Sr. and Donna DiCarlo, of Italian descent.

And, he was raised in Providence and Johnston, Rhode Island, together with his sibling, Vanessa.

Regarding his education, he attended Johnston High School. Since he was a kid, Paul gained interest in music and eventually decided to be a musical artist, specifically a popular DJ.

Later, he began his DJ career by performing at local bars. In a short time, D got popular by his stage name, Pauly D.

Currently, the 41 years old famous rapper doesn’t seem to be dating anyone. But previously, he once had an on-and-off relationship with singer Aubrey O’Day, 38, between 2015 and mid-2017.

The former couple first met each other on the reality TV show Famously Single set in 2015. The pair even starred together on Marriage Boot Camp: Reality Stars during their love period, broadcast on We TV.

On the show, they reportedly spilled but never tied the knot.

However, the former lovers ended their long-term relationship in 2017 before their Marriage Boot Camp season premiered on TV in 2018. Since their separation, the ex-duo have kept making critical remarks about each other.

In September 2018, the good-looking singer-songwriter Aubrey told US Weekly that she had felt tortured while she dated Paul. In contrast, D claimed her description made him feel shocked. And, he stated:

That’s such a strong word to say like she’s a bit dramatic.

Before that, the DJ also had a love affair with his Jersey Shore’s cast member Jenni JWoww Farley. Moreover, the twosome started dating back in 2009, but they parted ways after two months of dating.

Is It True That Pauly Is A Father Of One Daughter?

Yes! You have heard right; the reality TV Star is the father of one lovely daughter. In October 2013, the star announced that he became a father to a little girl named Amabella Sophia Markert for the first time. At that time, he said:

I’m proud I’m a father. I am excited to embark on this new part of my life.

His little girl Amabella was born in May 2013 to a woman, Amanda Markert, who had a one-night stand in Las Vegas, Nevada. Paul and Markert, who once worked as a waitress at Hooters, did not know each other before that night.

After that, they started a custody battle over their child when their daughter was just 5 months old. Despite the ugly fighting, Amanda later reportedly agreed to co-parent with Paul. Thus, the duo puts aside their differences for their daughter’s priority.

In 2014, the lovebird finally had worked out a temporary visiting rights agreement. The agreement will allow DJ to spend entire weekends with Amabella without the guidance of her mother.

Now, Paul’s 9-year-old daughter lives with her mother, Markert, in New Jersey. Before welcoming daughter Amabella, Amanda already had a son named Mikey from a past relationship.

Staggering Net Worth Of $20 Million

As of 2021, the entertainer has maintained an extraordinary net worth of $20 Million. Further, he has brought in his entire fortune throughout his career as a famous DJ and reality TV star.

Currently, the handsome hunk makes an annual income of around $11 Million in a year from his clubbing gig and attending various private parties, as per Forbes.

Also, he makes a million dollars amount on the Femme Fatale tour for an assignment opening for Britney Spears. He has done 90 performances in nightclubs over the past few years and has also served as a host of external business ventures such as Electronic Cash Kings.

Apart, DelVecchio.Jr is considered the richest Jersey Shore cast member. The star made $150,000 per episode during the series, which is equivalent to $2 million a season.

Not to mention, DJ starred alongside Vinny Guadagnino in the MTV reality dating series Double Shot at Love.

In 2010, the American DJ plus rapper became a nominee for the significant Teen Choice Awards for the category of Male Reality Star. Sadly, he was unable to win the award that year.

Next, in 2011, Pauly again got a nomination for a similar award. Guess! What? This time, the performer managed to receive the award. In 2012, Paul D. got the award that would be a creative year for him.

Being one of the popular public figures, Pauly has surely been highly active on all social media platforms.

Stay Tuned With FaveBites!!! For More Spice Biographies On Your Favourite Celebrities.