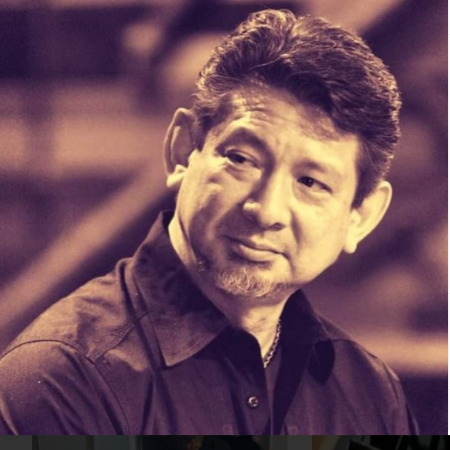 Doug Marcaida is a prominent edged weapons specialist as well as a knife designer. Moreover, he is a highly-skilled martial artist as well who learned around the world. Not to mention, he rose to fame after appearing in the History Channel reality tv show, Forged in Fire as one of the five judges.

However, he is a father of three sons and he often shares his children on his social media. However, the question, whether Doug has a wife or not is still a mystery now. So, it is hard to tell whether he is a single father or married. Apart from it, he is a dog-lover and owns a Poodle dog breed.

So, he must be earning a decent sum of money through his deals with these reputed companies. Furthermore, he has a huge number of followers on his Instagram which is 395K as of now. According to Influencer Marketing Hub, he earns between $1,179 – $1,965 per sponsored post.

Doug Marcaida’s As A Judge Of Forged In Fire

Forged In Fire is an American competition series that airs on the History channel which is produced by Outpost Entertainment, a Leftfield Entertainment company. Likewise, its directors are Alfonso Trinidad and Michael Pearlman. Furthermore, Doug Marcaida is a judge along with J. Neilson, David Baker, Jason Knight, and Ben Abbott.

The rule of the show is: four bladesmiths compete in a three-round elimination contest to forge bladed weapons. The winner of the competition receives $10,000 and the championship title, “Forge in the Fire Champions.” As of 2021, the show has 8 seasons with 175 episodes.