Skip to content
Home » Entertainment » Where Does Eric Bugenhagen Live? Know about his Wrestling and Muscle-building Plan

Where Does Eric Bugenhagen Live? Know about his Wrestling and Muscle-building Plan 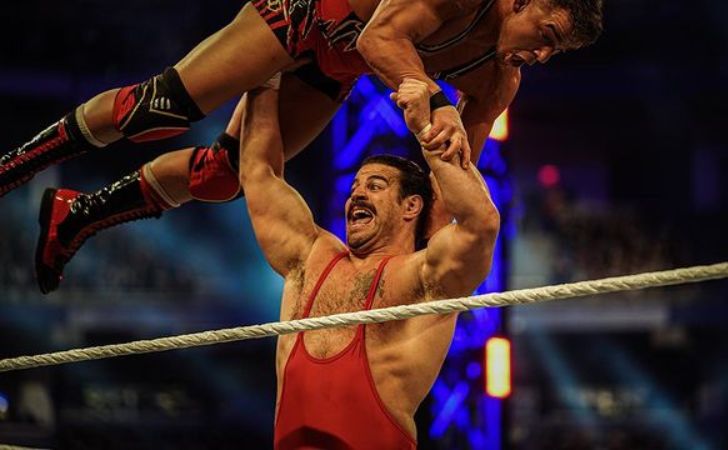 Eric goes by Rick Boogs on the SmackDown brand in WWE. He impressed everyone with his physique and character when he first debuted. He has joined the NXT developmental brand of WWE.

The bodybuilder has established himself as one of WWE’s superstars. Bugenhagen has a YouTube channel dedicated to weight training and comedy in addition to his wrestling career.

Where Does Eric Bugenhagen Live?

Eric Bugenhagen is a happily married man living a happy married life with his lovely, long-lasting sweetheart, but he hasn’t revealed much about his personal life. Furthermore, Eric is a father in addition to being a strong man, wrestler, and lifter.

The wrestler had a beautiful sweat daughter. He is physically powerful, but he is also a gentle soul. However, he enjoys small moments with his family and conveys his love whenever he can.

What Does He Do For Living?

Since high school, Bugenhagen showed interest in muscles and strength and has worked in the field. He also coached the team simultaneously, and by the end of his college career, he earned ranked among the top ten amateur wrestlers in the United States in 2011.

Rick Boogs started lifting after high school when he began going to the gym and bringing the gym into his own home. On the other hand, his serious lifting performance has been since 2011. In addition, he competed in the USAPL push-pull meet in 2013.

Furthermore, Eric uploads his lifting videos to YouTube, where anyone may watch them, including his hack lift behind the back deadlift. Apart from these, the wrestler is afraid of death because he believes he will forget everyone once he dies.

Early Career As a Wrestler

When Eric first entered Franklin High School‘s wrestling program, no one had heard of him. Even when he was wrestling in NCAA Division I at the University of Wisconsin under coach Barry Davis, no one knew who he was.

After heavyweight wrestling and other activities, he had a 56-55 record by the end of his final year of college. He has previously competed in two NCAA Championships, one in Omaha, Nebraska, in 2011 and the other in Philadelphia, Pennsylvania, in 2001.

Professional Career As a Wrestler

Eric Bugenhagen inked a deal with WWE in 2017 and made his NXT debut on October 19, 2017. His first encounter was against Lars Sullivan, which ended in losing him. He claimed to have lost a couple of occasions because he couldn’t get the feel of the arena.

After a year in wrestling, Eric renamed his ring name himself to Ric Boog, removing his real name. He debuted in 2020 under his new ring name Rik Bugez, winning a live event on March 7 against Tino Sabbatelli.