The former trauma nurse, the 45 aged, Erin Angle is the wife of The Walking Dead actor Jon Bernthal. Erin and Jon have three kids. Erin is also known as the niece of former gold medalist wrestler Kurt Angle. Erin enjoys her husband’s net worth. 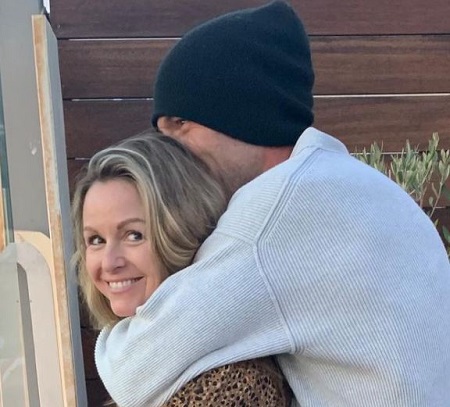 Most people gain stardom after enough hard work and dedication to their work. However, some receive fame as members of the celebrity family.

Among others, Erin Angle is also the one who is gaining wide media attention as a celebrity wife. After sharing the romantic life with popular Hollywood actor Jon Bernthal, Angle became a search topic all over the internet.

How and When Erin Angle And Jon Bernthal Met?

It is reported that the former trauma nurse Erin and The Walking Dead actor Jon first met at a welcome-home party in 2000.

Also, know the relationship status of the actor, Keahu Kahuanui.

The party was for Bernthal after he returned from Russia. They fell in love after the first encounter and began their romantic relationship.

During the relationship, Erin and John kept their personal life private. Unlike other celebrity couples, Bernthal and his then-girlfriend (now wife) Erin were secretive regarding their romantic affairs.

However, as per sources, Erin and Jon temporarily ended their relationship. Later, they reconcile and are still together.

The Wedding Details Of Erin Angle And Jon Bernthal

Following a decade-long romantic relationship, Erin and Jon decided to take their relationship to the next level.

They exchanged the wedding vows in an intimate ceremony on September 25, 2010. The outdoor wedding ceremony was held in Potomac, Maryland. Jon’s acting teacher, Alma Becker, officiated their wedding.

Her low-messy bun was made by hair designer, Remona from Hair by Remona. On the other hand, Jon chooses a black tuxedo, a white shirt, and a black tie for his big day.

Since the wedding day, Mr. and Mrs. Bernthal have shared a healthy bond as perfect married partners. On September 25, 2021, the husband-wife duo celebrated their 11th marriage anniversary.

Erin is not active on any social media platforms.

But, Jon never misses a chance to share pictures of his beloved wife on his Instagram account. With love, he calls his wife “Bird.” Not only that, but Jon has also inked a tattoo writing “Lil Bird” on his left chest.

Erin Angle Is The Parents Of Three Children

Jon and his spouse Erin have three adorable kids from the blissful marital bond. The duo became parents for the first time in August 2011, who welcomed a son named Henry Bernthal.

Similarly, their second son, Billy Bernthal, was born in January 2013. Likewise, their third kid and only daughter Adeline Bernthal was born in February 2015.

Erin and Jon’s daughter Adeline had a health issue. She went into a coma due to encephalitis, an brain inflammation. As per Men’s Health, Adeline wakes up three days after a seizure. For the speedy recovery of Adeline, Jon credited his wife, Erin.

He said, “People talk about bravery like fake macho bravery, but my wife didn’t flinch. What I saw in my wife was courage and beauty unlike I’d ever seen.” As of now, the 6-years-old Adeline lives a healthy life.

The Bernthal family of five shares a good bond and lives merrily in Ojai, California as a perfect nuclear family.

Additionally, their sons Henry and Billy learn jiu-jitsu, a martial arts and combat sport. Jon also shares pictures with his children on his Instagram account. Likewise, they have three pet dogs, Bam, Boss and Venice.

As mentioned above, Erin is previously worked as a trauma nurse. Erin worked at Georgetown University Hospital. At the time, she might have earned an impressive sum of wealth.

However, she has quit her job and invested full time in raising kids. Erin Angle enjoys her husband’s net worth.

The 45 aged American actor Jon Bernthal owns a $10 million net worth. He collected this hefty sum of wealth from his successful 19-year-long acting career.

The 5-feet-11-inch (180 cm) tall Bernthal has worked in movies and TV shows such as Ford v Ferrari, Night at the Museum, The Wolf of Wall Street, The Punisher, and Daredevil, among others.

Being a cast of the horror television series, The Walking Dead, Jon received $80,000 per episode. In the series, he portrayed the leading character of Shane Walsh.

Similarly, for The Punisher, he earned $350,000 per episode. There Bernthal has played the role of Frank Castle/Punisher.

The celebrity wife Erin Angle celebrates her birthday always on February 14 of every year. She was born in 1976, in Pittsburgh, Pennsylvania, under the zodiac sign of Aquarius.

She is the daughter of Cindy Abbondanza Angle (mother) and her husband. Similarly, Erin has four sisters, Jackie, Kristen, Cassidy, Lea, and Mark Angle.

Erin graduated from Indiana University of Pennsylvania, earning a nursing degree in 1998. Similarly, she earned her Master’s degree in Nursing from the University of Southern California (USC).

The 45 aged Erin Angle is the niece of a former professional wrestler Kurt Angle. Kurt is an Olympic gold medalist in American freestyle wrestling.

Kurt married his first wife, Karen Jarrett, from 1998 to 2008. They shared two kids, Kyra Angle and Kody Angle. Since 2012, Kurt has been married to an actress Giovanna Yannotti. They have four children. 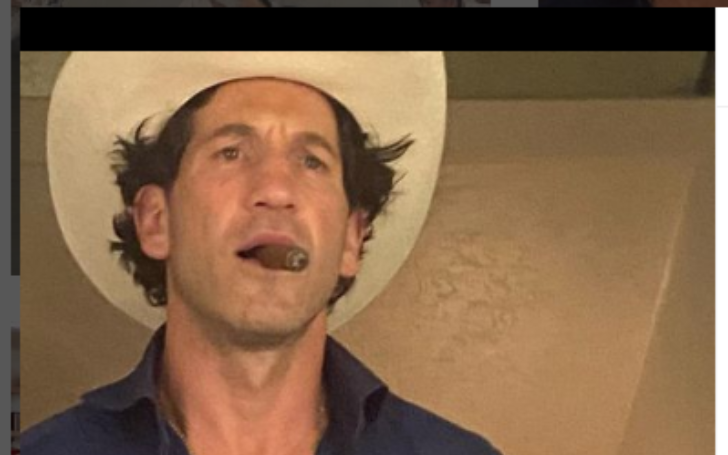