The famous man mentioned some of his favorite renowned books written by Elizabeth; the Last American Man is Eustace Robinson Conway IV, a naturalist. 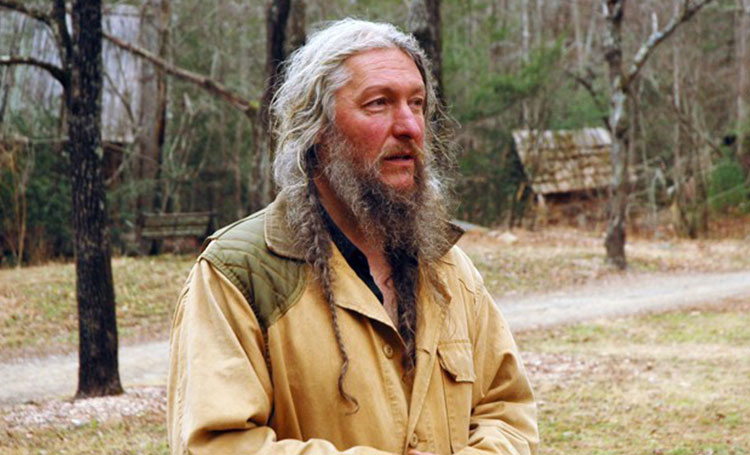 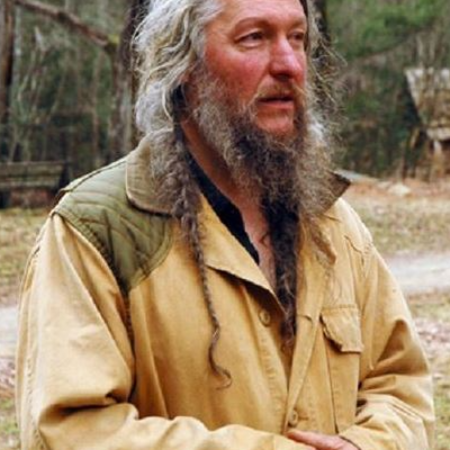 The famous man mentioned some of his favorite renowned books written by Elizabeth; the Last American Man is Eustace Robinson Conway IV, a naturalist.

Nature-loving personality, Eustace appeared in Mountain Men, which is a reality series on History Channel. Conway was born to a family of educators.

Conway was among the four siblings their born to father Dr. Eustace Robinson Conway III, an educator, a professor, and a chemical engineer. His mother, Karen Cohas away. He had an intense interest and deep for his mother nature during his childhood.

Eustace Conway was born on 15th September 1961 in Columbia, South Carolina. He has three siblings, two brothers and a sister. His sisters’ names are Martha and Judson, while his brother’s name is Walton.

Eustace’s parents and grandparents were educators. His father once hiked fifty miles of mountain trails in one day. His mother earned a Master’s degree in Education before beginning to teach.

After completing high school at a nearby high school, Eustace joined Appalachian State University and graduated with Bachelors’s in Anthropology and English. His journey as a naturalist started at a very early age.

Atlantic to Pacific in just 103 days

Eustace left his home at the age of 17 to find the real meaning of life and know nature. He moved to start living in an Indian tipi.

He spent his next 17 years at the very place. During his time there, he wore only homemade buckskin clothes and gathered his implements. The following year after leaving his home, at 18, he canoed 1,000 miles on the Mississippi River.

Eustace completed his 2000-mile journey by walking over the Appalachian Trail. He kayaked the entire southern coast of Alaska amongst icebergs and whales.

He has traveled over 5000 miles of breathtaking wilderness trails in North America, Central America, New Zealand, Europe, and from sandy deserts of Sahara to lush jungles.

During his travel period, Eustace set a world record for coast-to-coast horse travel from the Atlantic Ocean to the Pacific Ocean in 103 days. Not to mention, Conway even went 800 miles across Carolina in 21 days. He is an animal lover and loves using horses. He says that “Horses can have babies, cars can’t.”

In the year 1987, Eustace fulfilled one of the most important dreams of his life, Founding Turtle Island Preserve.

It was an environmental education center spread over 1000 acres with a wildlife preserve near Boone, North Carolina. Furthermore, he served as a federal interpreter at Chaco Canyon National Park in New Mexico and as a state naturalist at Crowders Mountain Park in North Carolina.

Moreover, Eustace has remained the subject of the weekly radio show “This American Life” segment “Adventures in the Simple Life.”

His life as a naturalist is described in the book “The Last American Man.” He was the subject of the documentary film “Full Circle: A Life Story of Eustace Conway,” directed by Jack Bibbo in 2003.

In 2012 Eustace was featured in another documentary, ” Recovergence.” There are several other people in the documentary. Shortly after the documentary was released, he was cast in the reality television show” Mountain Men.”

In 2012, after getting some media attention, government officials noticed Eustace. They shut down public access to Turtle Island. The officials also published a report mentioning that the houses built inside the Island did not follow the state’s Building Code.

As the dispute settled, Eustace trespassed on his neighbor’s property. Unfortunately, the problem did not stop for the next few months. When the topic reached the state level, voting was done, and the case was dismissed, exempting him.

Eustace is single to the date and has no relation to any woman. Additionally, there was a rumor that he had a girlfriend during his undergraduate level, but after Eustace left his home and went on to live with mother nature. She left him and tied the knot with another man.

In addition, Eustace has a net worth of $2 Million. All his credit goes to the Television shows that helped him earn a hefty sum of money to this net worth. He has been making a huge amount of money from the show as the show has been aired for at least seven seasons.