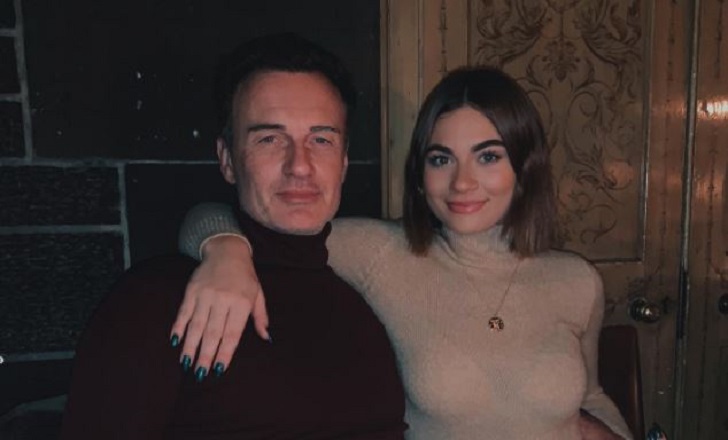 Madison Elizabeth McMahon receives vast media attraction like other star kids after being born into a celebrity family. Madison is non-other than the daughter of well-known Australian/American actor Julian McMahon and his first spouse Brooke Burns.

The celebrity daughter Madison is living a limelight life. Not only that, but she is also pursuing a career in volleyball. Madison played volleyball for the Wake Forest Women’s Volleyball team. She graduated from Marymount High School, Los Angles. Let’s find out some interesting facts about Julian’s daughter in the following sections.

Who Is Madison Elizabeth McMahon’s Boyfriend?

Madison, born on June 10, 2000, is private regarding her romantic relationship. Her present relationship status is unknown as she has not shared any romantic pictures on her official Instagram account with more than 5 thousand followers.

However, her VSCO (images sharing app) account suggests something different. On November 9, 2020, Madison shared photos of hugging an unknown guy on her VSCO account, where both of them are seen happy and enjoying the moment.

Similarly, in the photo, we can also see Madison wearing a ring on her ring finger. But, it is unclear whether it’s her engagement ring or she wears it just for fashion. The celebrity daughter Madison is tight-lipped regarding her relationship with the person. So, it is hard to say whether they are dating or are just friends.

Likewise, Madison previously dated several guys whose identity is missing. On November 2, 2017, Madison’s mother, Brooke, shared a collage image of Madison kissing a boy. The image’s caption reads, “When your baby @madison.em has another baby.” As per the sources, Madison also dated footballer  Nate Hays.

The reason behind Madison’s growing media search is because of her celebrity parents, who are involved in the acting sector. Her father, Julian, 53, is a Golden Globe Award-nominated actor famous for playing Cole Turner in the series Charmed. Julian’s other movies and TV shows credit includes Nip/Tuck, Fantastic Four, Runaways, FBI: Most Wanted, and others.

On the other hand, the 22-years-old Madison’s mother, Brooke, 44, is famous for playing Jessie Owens in Baywatch and Baywatch: Hawaii. Also, Burns’ role as Vicki Vale is appreciable in Hot Date. Brooke’s other appearance includes Melrose Place, Out of the Blue, Master Minds (host), etc.

The actress Josie Bissett has also played her character in the drama series Melrose Place.

Julian and Brooke tied the wedding knot on December 22, 1999, following a year-long dating. Everything was fine. The formerly married pair welcomed their first child Madison in 2000, and they were jointly parenting her. However, in 2001, McMahon and Burns got divorced. At the time, Madison was just a year old.

As mentioned above, Madison is the only child of Julian and his second wife, Brooke. But, after divorcing Julian, Baywatch actress Brooke moved on and married Gavin O’Connor. Burns’ present husband, Gavin, is a director, producer, and screenwriter.

Brooke and Gavin exchanged their wedding vowed on June 22, 2013. From the marital relationship, Brooke and Gavin shred a daughter, Declan Welles O’Connor, on January 22, 2017. Madison shares a close bonding with Gavin and half-sister Declan. Moreover, Gavin has a daughter Bronwen O’Connor, born via his former marital affair.

Julian and his present wife, Kelly, did not share any kids. Furthermore, before marrying Madison’s mother, Brooke, actor Julian was in a marital relationship with Australian singer and actress Danielle Jane Minogue. Julian and Danielle were married from 1994 to 1995.