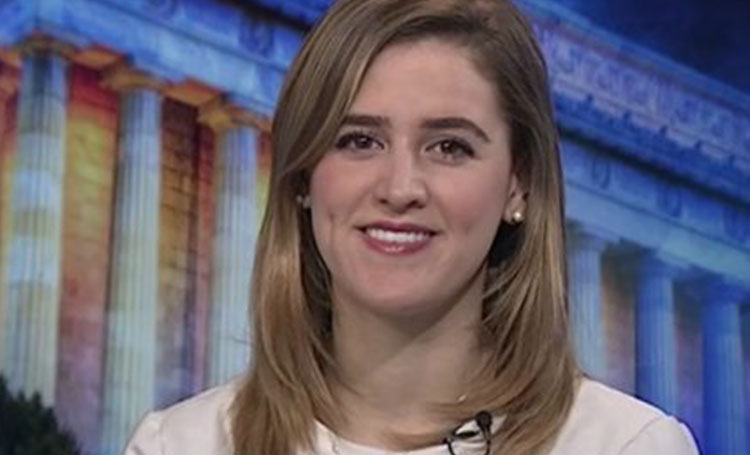 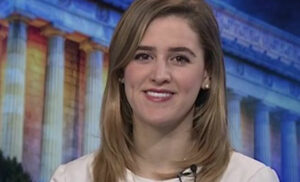 If you are a regular follower of Donald Trump, then Gabby Orr “Morrongiello” is not a new name to the media. Gabby Orr is a White House reporter for POLITICO and the New York Post’s Washington Bureau Chief.

Also, she is a former Washington Examiner White House Reporter. Orr is the founding chairwoman of the Young Americans for Freedom Movement. She was highly involved with GW’s Young Americas Foundation Chapter at Georgia Washington University.

Gabby Orr was born and grew up in Sonoma, California. There is no information about her actual date of birth to the public. She grew up along with her brother Roman.

Gabby attended Justin Siena High School from 2007 to 2011. After graduating from high school, from 2011 to 2013, she went to Oregon State University and studied for a Bachelor of Arts, New Media Communications. Later transferred to Georgia Washington University and graduated in the year 2015.

Gabby had a deep interest in the journalism field, so she joined KBVR News as a Reporter and Anchor at the beginning of her University in 2011. She worked there for 1 and a half years. Then, She did an Intern for 4 months with the National Journalism Center in 2013.

After gaining the idea, Orr worked as a paid intern with Washington Examiner as Commentary Staff Intern for about 4 months. At the end of 2013, She joined Fox News Channel as Intern for the Special Report with Bret Baier.

After working there for about half a year, she joined Red Alert Politics as a Contributor. In between 2013 to 2015, Orr tried her luck in various other companies for various posts in the media market.

The Breaking point came in the year 2015. She was appointed as a Campaign Reporter for Donald Trump’s presidential campaign. Gabby reported from the day Donald Trump announced his presidency till the date of shifting to the White House.

Orr worked as a White House Correspondent for Washington Examiner until October 2018 for about 3 and a half years. She was then recruited as a White House Reporter by Politico. She has been working within the same post till the date.

The Beautiful reporter and Journalist are married to a long-time boyfriend, Caleb Orr, in 2018. The marriage ceremony was limited to close friends and families. Caleb is the Legislative Assistant to U.S Senator Marco Rubio. Caleb is a native of Texas.

Gabby and Caleb met for the first time at the reception of Capitol Hill Staffers and reports in Washington D.C. The Journalist announced the surprising news of their marriage from Twitter on the 1st of October, 2018.

Gabby had posted and announced that “its time to say goodbye to the Italian the last name once and for all. Delighted to finally be Mrs.Orr.”

As far they are concerned about their career, the couple is not expecting any baby any time sooner. The couple is living a happy married life and is supportive of each other. As they are busy with their profession, they manage to spend some quality time together.

How Much Is Gabby Orr’s Net Worth?

The White House Reporter has been earning a lucrative amount of money through her political influence and media personality. Gabby has an estimated net worth of about $1 Million. She has been a regular guest on Fox News.

One thought on “Gabby Orr”