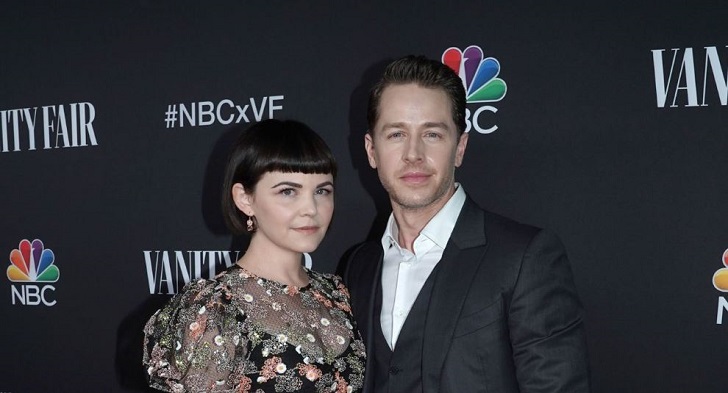 The short hair beauty Ginnifer Goodwin is an actress by profession, captivating thousands of people through her acting credits. Goodwin started her professional acting career in 2000. But, she became famous after playing the fan-favorite role of Margene Heffman in HBO‘s successful drama series Big Love. The series was also nominated for the Primetime Emmy Awards.

The actress was born Jennifer Michelle “Ginnifer” Goodwin under the zodiac sign Gemini on May 22, 1978, in Memphis, Tennesse, to Linda Kantor Goodwin and Tim Goodwin. Ginnifer has a sister named Melissa Goodwin. She is the recipient of the Bachelor of Fine Arts (BFA) degree from Boston University. The actress also attended the Royal Academy of Dramatic Art, receiving an Acting Shakespeare Certificate.

To date, the 5-feet-6-inch (168 cm) tall actress Goodwin has made her presence in various movies and TV series, such as Killing Kennedy, Robot Chicken, Tinker Bell and the Legend of the NeverBeast. From her career, Ginnifer undoubtedly gathers impressive wealth. Talking about her personal life, she is married to her husband, Josh Dallas. Get to know Ginnifer and Josh’s relationship details in the following sections.

Like Ginnifer, the 43 aged Joshua Paul Dallas, aka Josh, is also an experienced entertainment personality. Being an actor, Dallas has featured in Thor (2011), Doctor Who, Manifest, Hawaii-Five 0, 80 Minutes, etc. Ginnifer and Josh’s acting jobs helped them come together and start a romantic relationship.

The actress and actor were the leading cast of the Once Upon A Time series, where she played Mary Margaret Blanchard/Snow White, and he portrayed Prince Charming/David Nolan. The series not only added distinction to their respective acting career but also supported them know each other, later becoming a love partner.

Actress Jennifer Morrison and actor Gabrielle Anwar have also made their leading appearance in the series created by Adam Horowitz and Edward Kitsis.

Ginnifer and Josh initiated dating in late 2011 and shared a romantic connection during the whole season. Before the end of the ABC adventure drama series in May 2018, actor Josh proposed to Ginnifer with an engagement ring in October 2013, after one year-long dating.

Furthermore, Goodwin and Dallas’s other joint projects include a 2016 computer-animated film Zootopia. Ginnifer voiced the character Judy Hopps, and Josh provided his voice for Frantic Pig. The movie earns $1.024 billion under a budget of $150 million.

Their Wedding Life Since 2014

The details of their wedding are lacking, but as the insider said to E Online, their private wedding ritual was held at an Asian-Moroccan-inspired home in Venice, California. The bride wore Monique Lhuillier’s gown on her big day, as per the sources.

The actress was nine months pregnant then, said, “It [wedding] was a last-minute kind of thing.” Talking about the marriage on Live! With Kelly & Michael, she said, “It was a last-minute kind of thing because we thought of ourselves as exceptionally modern. We were like, ‘We don’t need to get married. We’ll get married later.’ And then I was nine months pregnant, and I was like, We totally need to get married.”

Unlike other Hollywood stars, Mr. and Mrs. Dalla, who are already married for more than eight years, are living a private marital life. They sometimes make their joint presence in public functions and upload pictures on their official social sites.

The 44 aged actress gave birth to her first baby, a son, Oliver Finlay Dallas, on May 29, 2014, after several months of marrying Josh. Later, she and her husband warmly welcomed their second son Hugo Wilson Dallas on June 1, 2016.

Like marital details, Ginnifer and Josh have kept their sons’ details far away from the spotlight. Concerning motherhood, Goodwin said, “Being a mom makes me feel like acting is not at all creative, but being a parent—anybody who’s a parent I want to, like, give an Oscar to.”

Josh and his wife, Ginnifer, are happily parenting their eight and six years old kids. The celebrity sons are sometimes spotted hanging with their parents.