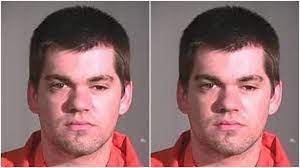 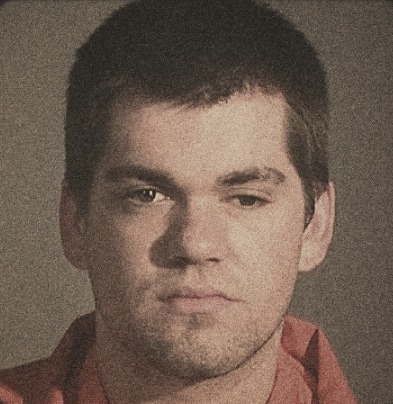 Known innocent for the crime he never committed “Ryan Thomas Waller” was an American citizen born on Feburary 12, 1981. Ryan was neither a celebrity nor an internet personality but got famous after an interrogation video of him got viral. Ryan was arrested for First Degree Murder of his Girlfriend Heather Quan. The video of him being interrogated by the FBI raised a lot of questions and theories but he was proved innocent only after his death.

The Hunting Case Of Ryan Waller

“The Hunting Case Of Ryan Waller” rose to its heights when a video of Ryan waller being interrogated by the FBI got viral. Ryan was accused of first-degree murder of his own Girlfriend Heather Quan on 23rd December 2006.
When the FBI arrived on the scene, Ryan was found unconscious and bruised all over his face but his wife was already shot dead. Then, the FBI took Ryan for interrogation but didn’t go smoothly as expected as Ryan kept on saying “I don’t know” for every question he was asked.

Ryan was also answering questions Weirdly as if he literally knew nothing. Sometimes he used to give 2 different answers to 1 question, when he was asked who eric was? he replied “Heather’s Boyfriend” and when he was asked about his relationship with Heather, he replied “My Girlfriend”.
Ryan was in the FBI’s custody for almost 6 hours without any medical support and was blacking out frequently during the interview.

Who Were The Actual Murderers? Why Did They Do It?

On December 14, 2012, the case was finally closed revealing the actual killers of Heather Quan. The 2 convicted felons were Richie Lee Carver and his Father Larry Lloyd Carver. After the investigation with the convicted felons, it was found that Richie Carver had pulled the trigger to kill them both. Then, Richie and Larry assumed that they both were dead but surprisingly Ryan survived.

After the Investigation, Richie Lee Carver opened up with the FBI and revealed why he did it. Later, Richie revealed that they both were Flatmates and had frequent squabbles. Richie said that he wanted to take revenge on Ryan for all the past arguments they had. Due to the feeling of revenge, Richie Carver and his father Larry Carver bruised and killed Ryan Waller and his Girlfriend Heather Quan.

The Accused Murderer Was The Victim

The convicted felons assumed that Ryan and Heather were dead so they stole weapons and a computer to make it seem like a robbery went wrong. They did a planned murder just like the French serial killer Charles Sobhraj used to do. If Ryan had also died with Heather then, the real accused murderers would have had a clean escape but they got caught.

How Did Ryan Waller Die?

After the interrogation video of Ryan with the FBI was viral over the internet, People blamed the FBI for not giving him medical treatments on time. After the 5hrs long inquisition with Ryan ended, the FBI took Ryan to the hospital which ended with shocking results. It was found that Ryan’s injuries were serious and they also found that Ryan was shot with a gun that passed by his head. Though Ryan surprisingly survived the attack, the damages done by the bullet had already penetrated through the skull causing a concussion. This was also the main reason why Ryan was confused with reality and answered the questions weirdly.

After the treatment was done, Ryan went blind and kept on having seizures frequently, and sadly died as an assumed murderer. Many people blame the FBI for Ryan’s death as they said that Ryan should have been checked and treated first, before questioning him for hours. Sadly, Innocent Ryan died as an assumed Killer but was proved innocent after his death only.

Were The FBI Responsible For Ryan Waller’s Death?

Though the FBI was not directly responsible for innocent Ryan’s death, people believe that Ryan could have been saved if the FBI had treated him before interrogation. The interrogation video of Ryan clearly shows the viewers that Ryan’s mind was not stable during the probing. Though the FBI was not directly linked to Ryan’s death, the FBI’s recklessness to give Ryan early treatment made his condition worse.

Check Out: Who is Alberto Mielgo Wife? Writer of “Jibaro” Love Death + Robots