Hande Ercel is a Turkish actress and model. She also played the role of Hazal in Siyah İnci on Star TV. She then landed the role of Müjde in Halka on TRT 1. 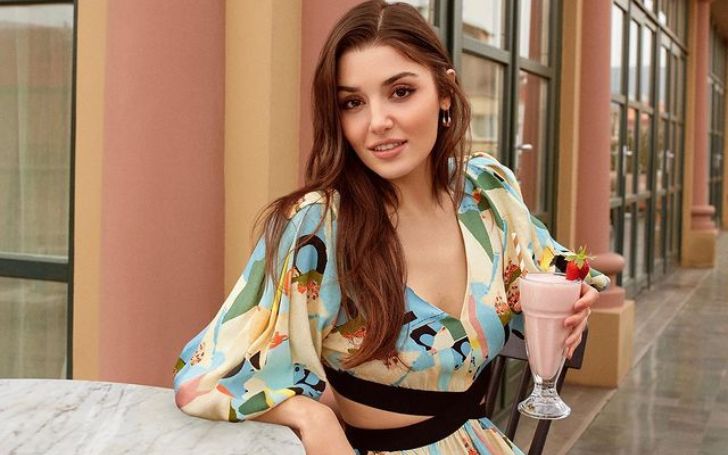 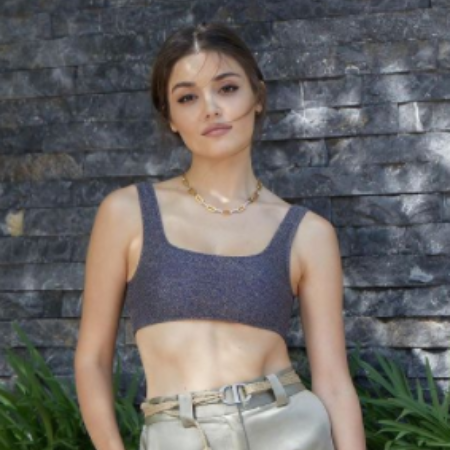 Hande Ercel is a Turkish actress and model. She is popular for her role as Hayat Uzun in the popular Tv series ask Laftan Anlamaz. Which is gonna be earn huge success from abroad and in Turkey. Hande’s recently release Tv series name “You knock on My Door” in 2020, is also made a space in the heart of her fans. She also played the role of Hazal in Siyah İnci on Star TV.

Can we know enough about Hande Ercel? So without any delay, we provide you the information regarding her net worth, relationship status, family and, many more.

Is Hande Ercel In A Relationship With Kerem Bursin?

After the release of “You knock on my door,” Many peoples are curious about the duo Hande and Kerem, the two Turkish actors started working together. Their fans always want to know about Hande’s relationship life, but they think the duo might be in a relationship after the series. We search a little and found both actors upload pictures of each other on both sides.

Recently Hande posted of picture of her and Kerem with the caption saying,

“Stay close to people who feel like sunshine Happy birthday to the funniest part of my life, so lucky to have you”

After the post, many people comment on their post saying we’re waiting for this and something else. Kerem comments, “My Sunsine” with some emojis. Also, we can clearly see that they are in a hidden relationship for now. However, in a few months, they both went to the Maldives together at the end of April, where they share a picture confirming their romance for the first time. Also, read about Taylor Dearden’s net worth, family, relationship, and, many more.

All the hints are targeted at the relationship. 22.2 million followers on the Instagram actress for sure in correlation in Kerem. Their fans are really excited about the big reveal from them. In the future, we might see them as a couple or husband-wife. Further, The duo hasn’t talked about their connection to those two. If we found any of the details, we let you know.

Is It Really That Hande Ercel Did Face Surgery?

A Turkish actress did lots of struggles in her life journey. Old picture of the actress, who has been at the high of her career, After getting so famous people asked her tricks does she use to look pretty. Takvim revealed that she has done Face surgery on her Lips, Cheek, Eyes, And chin. A young actress who is completely different before doing surgery to look more attractive.

A famous actress changes her features after getting some fame. Also, She removes fat on her cheeks with a discectomy. However, She also had fillers around her eyes. As a result, she looks more attractive after the operation. Her fans really like her new look, and she gets attention from the media and news reporters after the surgery.

More About The Turkish Actress

Hande Ercel was born on 24 November 1993 in Bandirma, Balikesir, Turkey. She was always interested in acting and modeling further; her father wanted to become her Doctor. The 5’9″ tall actress was talented as well before. After finishing school from Private school, she went to Mimar Sinan Fine Arts University, Istanbul, Turkey.

Where she started her modeling career, she grew up without her mother her father is always a supportive person. After a huge success in the modeling sector, she started playing a Tv series. She becomes popular after the lead role in Ask Laftan Anlamaxz as Hayat Uzun. Also, the series was released in Hindi as well named “Pyaar Lafzon Mein Kahan“.

How Much Is Hande Ercel’s Net Worth?

A very talented and Beautiful actress holds a net worth of around $3.5 million, similar to Danielle Galligan. She earns all the wages from her own career like playing Tv series, advertisements, and modeling. Hande earns mostly from her Tv series, which is become famous worldwide whenever it is released.

Also, talking about her Salary isn’t revealed yet, but if we go through the Average salary, the Turkish actress is Around 99.162 ₺. But, we know she is still active in her profession in the future, and she will raise her salary for sure. However, she also has millions of followers on Instagram, so we can predict that she will earn enough wages from there. Moreover, she also adds some amount from the sponsored post with  Gucci, Atasay Jewelry, Nocturne and many more. 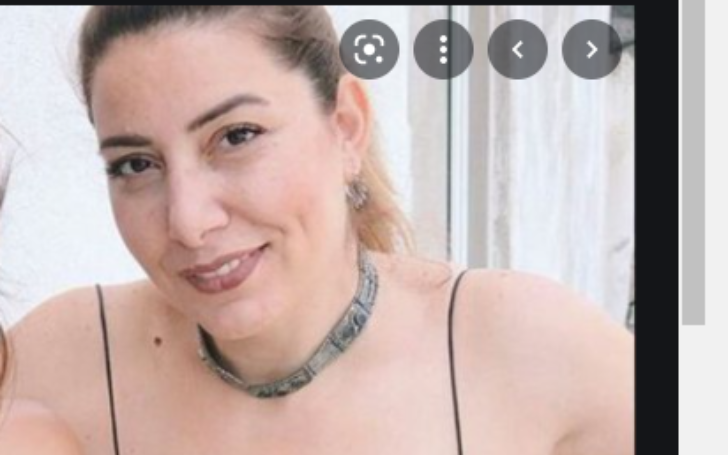 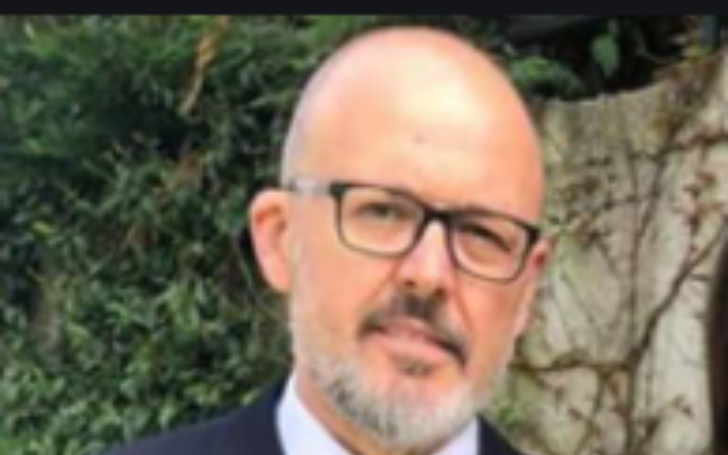 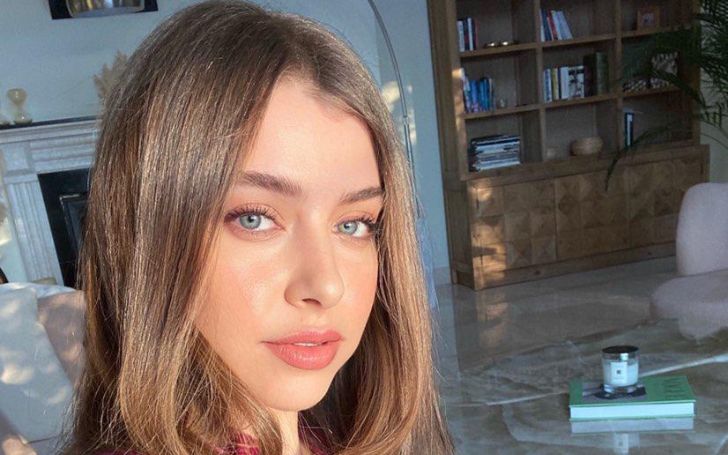