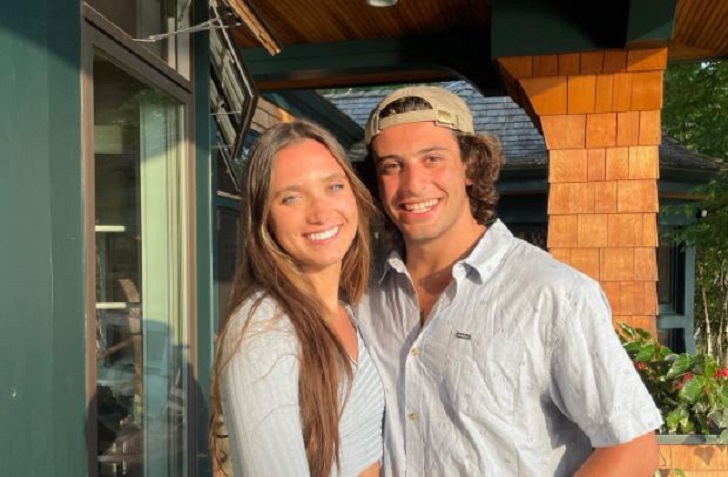 Hannah Meloche is an internet sensation. She earns vast media attraction for uploading daily vlogs and exciting content on her YouTube channel, with 2 million subscribers. Also, Meloche is an Instagram star with more than 1 million followers.

With good utilization of social media platforms, Hannah gathers prominence and earns an impressive sum of wealth. Similarly, Meloche is also the founder of the jewelry line ‘Starlite Village.‘ Besides, what is Youtuber Hannah’s present relationship status? Is the break-up rumor with Dean Congiusta true?

How True Are Hannah Meloche And Dean Congiusta’s Separation Rumor?

The 21-years-old California native Hannah went public regarding her romantic relationship with Dean Congiusta in May 2021. On May 22, 2021, Melcohe shared a kissing picture with Congiusta captioning, “Shocker.” Similarly, Dean also shares photos with Hannah on his official Instagram account.

Hannah has also uploaded videos with Dean on her self-named YouTube channel. Her last video with Dean was on January 25, 2022. In the video’s description, she mentioned that Dean is going “5,000 miles away, which makes me pretty sad. I will not lie, but it’s okay I will see him for my 21st birthday in a month!”

However, Dean did not feature in her “21st Birthday Vlog,” from which the speculation regarding their separation arose. It is hard to say whether Hannah and Dean have already parted ways or are in a long-distance relationship.

The internet personality Hannah was romantically linked with Jacob Hoexum. The John Carroll University (JCU) graduate Jacob is also an Instagram star. He has more than 50 thousand followers on his official Instagram page.

Hannah and Jacob began their romantic relationship in 2018. Meloche revealed her relationship with Hoexum via a YouTube video. On May 10, 2018, Jacob shared images with Hannah from their prom party, saying, “They were right when they said save the best for last.” In the photo, Hannah commented, “My Heart.“