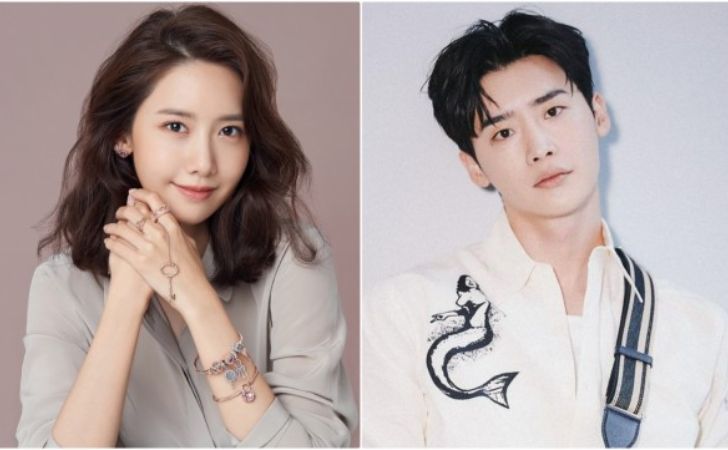 I’m Yoon-ah also professionally as Yoona is a South Korean singer and actress. After training for more than five years. She debuted as a member of the South Korean girl group Girls’ Generation in August 2007.

Lee Jong Suk is a South Korean actor and model He debuted in 2005 as a runway model. He started his acting career in 2012.

The Drama will be released every Friday and Saturday at 21:50 (KST). Big Mouth will also be available for streaming on Disney+ in some particular regions.

The storyline of the Korean series focuses on the struggling lawyer. who gets involved in a murder case. However, He enters into a massive conspiracy among the rich and upper-class people for the survival of his family.

Lee Jong-suk plays the role of Park Chang-ho in the series. who is a third-class lawyer with only a ten percent success rate? he is popular among his colleagues as Big Mouth.

He tends to speak before acting. So, therefore, he was called a Big mouth. He finds himself in a very dangerous situation when he was mistaken for a genius con artist known as Big Mouse.

She has a very bold personality and amazing beauty. The actress even helps his husband become a lawyer by supporting him financially and Psychologically.

Are SNSD Yoona and Lee Jong-suk in a relationship?

During an Interview with, ELLE Korea on February 21, 2022 Actress Yoona stated that They knew each other for more than 10 years. There was a photo of the two 10 years before when the SNSD’s song Oh! was airing. They were good friends. According to Yoona, She never got the chance to get close to him at that moment.

Iconic Moment between Yoona and Lee Jong-suk during the 2016 MBC Drama Awards.

In the year 2016, Yoona hosted the 2016 MBC Drama Awards and the on-screen couple had a very sweet moment on the stage. When Yoona presented an Award to Lee Jong-suk then the actor suddenly complimented her by saying she was beautiful.

This iconic moment between them became very viral. It became one of the best memories which comes up when someone mentions their name. Now, after many years the pair got to work as a newly-wed couple in the upcoming drama Big Mouth.

Yoona even mentioned in the interview with ELLE Korea that, During the Award show they were meeting each other in years. So, she believed that both of them were nervous at the Award show.

That is why she thought the actor complemented her just another way to say hello.

Past Relationship of Im Yoon-ah and Lee Jong-suk

Past Relationships of Im Yoon-ah

Yoona had a past relationship with Lee Seung-gi who is also a South Korean actor. Yoona and Lee Seung-gi were caught by the paparazzi spending time together. At first, the couple denied the rumors. But, SM entertainment and Hook Entertainment confirmed the pair were dating in 2014.

The couple was dating even before the news of them dating even went public. Lee Seung-gi already mentioned in various shows that Yoona was his ideal type.

However, a few months after the couple decided to break up and decided to remain very good friends.

Past Relationship of Lee Jong-suk

Lee Jong-suk had also rumored to date Han Hyo-Joo after the drama W-Two Worlds. They both pair showed great chemistry in the drama. Lee Jong-suk even had a relationship with Kwon Na-ra a former member of Hello Venus.

Im Yoon-ah was born on May 30, 1990. She is 32 years old. Yoona was born in Yeongdeungpo District, Seoul, South Korea. She is a Gemini star sign. However, She studied at Daeyoung High School, and later on, she graduated from Dongguk University.

Yoona is a singer and actress who debuted as a member of the South Korean girl group Girls’ Generation. She debuted as The Visual and lead dancer of the group. The group is also called SNSD.

They debuted in August 2007. The group debuted with the album named Girls’ Generation with the title track Into The New World.

The girls’ generation has come out with several record-breaking albums such as, I Got a Boy, The Boys, The Best, Lion Heart, etc.

Girls Generation ended to be one of the most successful groups and the most popular girl group in the History of the Kpop industry. The group even got the name Nation’s Girl Group.

Yoona has a net worth of $25 million. Most of their income is earned from her music career and acting career.

Whereas, she also learns a lot from brand endorsements and Product Advertisements. Also read about, Is Stephanie Lee in a relationship? Know Her Love Life

Apart from her singing career, she is also one of the most popular actresses in South Korea. She has been on the cast of many television dramas and movies.

Lee Jong-suk was born on September 14, 1989. He is also 32 years old. The actor was born in Yongin, Gyeonggi, South Korea. His zodiac sign is Virgo.

He graduated from Konkuk University. The actor started his career in 2005 as a runway model. Jong-suk was the youngest male model to ever participate in Seoul Fashion week. He has walked in a number of fashion Shows.

For more celebrity content, please do visit our page Favebites, and If you have any queries about this particular article then please leave them in the comment section.