Skip to content
Home » Entertainment » Is Anna Chlumsky Still Married to Shaun So? Their Relationship History

Is Anna Chlumsky Still Married to Shaun So? Their Relationship History 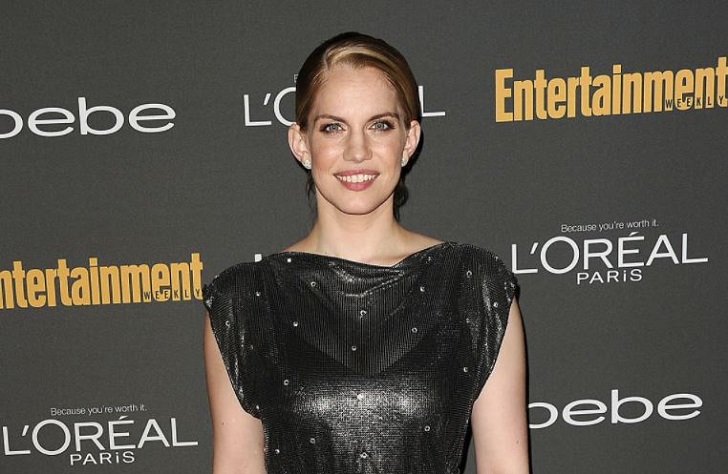 You might have seen Anna Chlumsky in My Girl, a comedy-drama film (1991) and My Girl 2 (1994), its sequel. Portraying the lead role in the successful films as a child actress, Chlumsky left the acting industry. After eight years, she returned to the Hollywood Film Industry and played the leading role of Amy Brookheimer in Veep. For which Anna received 5 Emmy nominations for the outstanding performance.

Anna’s thriving professional career has helped her gain massive popularity. Because of it, her personal life details are also searched in the media. Now, ket’s read about Chlumsky’s marital status in the following sections.

Met Shaun So To Become A Military Girlfriend

The 41-years-old Anna first met her now-husband Shaun So while attending the “University of Chicago at the rare dance party in 2000.” For the information, Chlumsky earned a B.A. degree in international studies. Talking to Glamour, Anna said, “We fell for each other quickly and knew we’d stay together after I graduated.”

After completing graduation, Anna moved to Los Angeles, and Shaun lived in Washington D.C. because of their jobs. Despite the distance, So and Chlumsky maintained a good relationship, and they used to meet every week.

Later, Shaun became Army Reserve and shifted on duty in Afghanistan. For more than a year, So and Chlumsky lived a long-distance relationship. After Shaun came home, serving in the military, he proposed to Anna in October 2007. She merrily accepted her partner’s proposal.

Anna Chlumsky And Shaun So Married Life Since 2008

Anna and Shaun decided to tie the wedding knot following a year-long engagement. The longtime couple exchanged the wedding vows on March 8, 2008, in Brooklyn, New York. Shaun is Chinese, and Ann was raised in a Catholic family.

To walk down the aisle, Anna wore a strapless gown and Shaun dashes the look wearing a black tuxedo. For the reception look, Anna wore a ‘red wedding qipao,‘ a traditional Chinese wedding dress. On the other hand, Shaun donned black suit pants, a white shirt, and a red tie.

The actress Odette Annable is also happily married to her husband, Dave Annable.

Since the wedding day, Mr. and Mrs. So have been sharing a blissful bond as perfect married duos. Anna and her husband Shaun are already married for 14-years. Although Shaun and Anna sometimes attend public events together, they rarely talk about their marital life. The Young Artist Award-winning actress Anna is also not active on social sites.

From the solid marital relationship, Anna and Shaun shared two adorable baby girls. Their first daughter Penelope Joan So, was born on July 11, 2013. Similarly, they became parents for the second time on July 28, 2016, welcoming daughter Clara Elizabeth So. The So sisters are gaining fame as celebrity daughters. But, unlike other star kids, they are kept far away from the spotlight.