Skip to content
Home » Entertainment » Is Christina Ricci A Married Woman? Who Is Her Husband?

Is Christina Ricci A Married Woman? Who Is Her Husband? 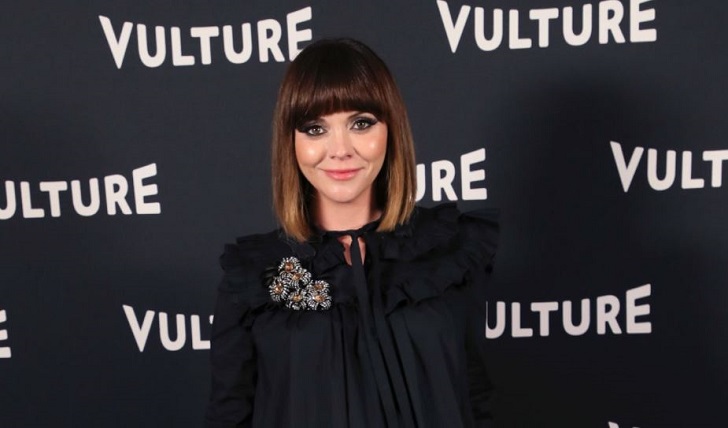 The entertainment sector is the profession where one can earn both prominence and wealth. Many entertainers are gaining wide media recognition for their breakthrough performances. The Hollywood actress Christina Ricci is also famous for her acting skills.

The 5-feet (155 cm) tall Christina’s prominence rises to fame after playing the leading of Wednesday Addams in the supernatural black comedy film The Addams Family. Furthermore, the Blockbuster Entertainment Award-winning actress Ricci has made her appearance in various box-office hits movies. From which we can assume her impressive salary and lavish life she is living. Know about Christina’s marital status in the following sections.

The 42-years-old The Matrix Resurrections actress Christina is in a blissful marital relationship with Mark Hampton. Christina’s husband, Mark, 41, is a hairstylist by profession. Similarly, Hampton has worked with celebrities such as Carey Mulligan, Grimes, etc.

Christina and Mark went public regarding their romantic relationship in July 2021, sharing images on their official Instagram account. After a month, Ricci and Hampton announced that she was pregnant with their first kid on August 11, 2021.

Later, on December 8, 2021, Christina gave birth to their healthy baby girl, Cleopatra Ricci Hampton. They revealed the news of Cleopatra’s born via an Instagram post. Sharing a 9-sec video of Cleopatra, Christina wrote, “Baby Cleo is here. We are so in love with her also she has the most incredible dad imaginable.”

Christina and Mark tied the wedding knot on October 10, 2021, after two months of announcing her pregnancy. They exchanged the wedding vows in a simple ceremony. Disclosing marriage Mark write “#justmarried” on his Instagram post. Likewise, Christina declares the news saying, “Mr. and Mrs.“

As of now, Christina and her husband Mark are sharing a healthy bond as perfect married partners. The married pair makes their appearance in public events together. Additionally, they never miss a chance to share pictures on their social sites.

Before exchanging vows with hair maker Mark, the Prozac nation actress was in a marital relationship with James Heerdegen. Ricci’s ex-husband Heerdegen has worked in various films camera and electrical departments.

Christina and James first met in the set of period drama series Pan Am in 2012. In the series, she has played the role of Margaret Ryan, and James has worked as a dolly grip. After the first meeting, Heerdregen and Ricci shared a good bond and began their romantic affairs.

Later, in February 2013, the duo got engaged. Christina and James tied exchanged wedding vows in Manhattan following eight months-long engagement on October 26, 2013. Everything was fine, but Ricci filed for divorce on July 2, 2020, stating “severe physical and emotional abuse.” The divorce was finalized in April 2021.

Similarly, from the marital relationship, Christina and James welcomed a son Freddie Heerdegen in August 2014. After the divorce settlement, Christina got full custody of Freddie. The 8-years-old Freddie lives merrily with his mother Christina, stepfather Mark, and half-sister Cleopatra. Additionally, he often features on the post updated by Christina on her Instagram account.