Skip to content
Home » Entertainment » Is Fear Street Actress Kiana Madeira A Married Woman? Who Is Her Husband?

Is Fear Street Actress Kiana Madeira A Married Woman? Who Is Her Husband? 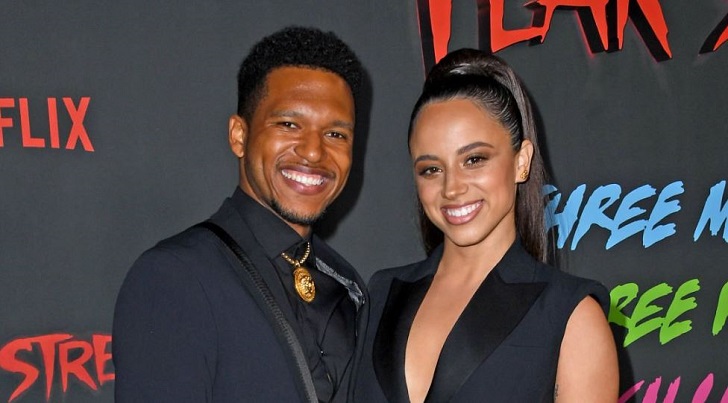 Kiana Madeira is a Canadian actress of Portuguese (from her father’s side) and Irish (from her mother’s) descent. The actress Madeira is famous for playing in the Netflix horror film Fear Street and its sequel as Deena Johnson.

The actress is now struggling hard to pursue a better career in the entertainment industry. Kiana made her acting debut in 2007 by working in the TV series Little Mosque on the Prairie. From her appearance, Kiana is not only gathering recognition, but she is also earning a reasonable sum of wealth. But what about actresses’ love life? Is Madeira in a marital relationship? Know about it in the following sections.

Kiana Madeira Is Engaged To Her Longtime Boyfriend

The 29-years-old Kiana has not tied the wedding knot but has already received the marriage license in the sense that she is already engaged. The Sacred Lies actress Madeira is romantically engaged with her partner Lovell Adams-Gray.

How and when Kiana and Lovell met one another is unknown. But overlooking their Instagram post, it seems like they have known each other since 2016. Madeira first shared the picture of Gray on December 13, 2016, saying, “We’re volcanoes in the night. We’re rolling like meteorites.”

As per Kiana’s post, she has been in a romantic relationship with Lovell since 2017. On January 3, 2021, she shared an image with Lovell captioning, “Four years ago this handsome angel asked me to be his girlfriend.”

“Floating through this atmosphere together, hand in hand. The electricity between us and a connection any distance can withstand. Lavender fields of cuddles and an unimaginable amount of dreams. Your words are my serenity, and this love inside me is bursting at its seams.“

Madeira added saying, “Butterflies surround us and whisper promises of forever. God has crafted this path for us, and I surrender to every journey that we will endeavor. Forever and ever, Lovell.”

Like the 5-feet-5-inch (165 cm) tall Kiana, her fiance Lovell Adams is also a Canadian actor. The 30-years-old Lovell is famous for portraying Dru Tejada in the Power Book II: Ghost, a drama series.