Skip to content
Home » Entertainment » Is Hailee Steinfeld in a relationship? Know All about her Previous Boyfriends

Is Hailee Steinfeld in a relationship? Know All about her Previous Boyfriends 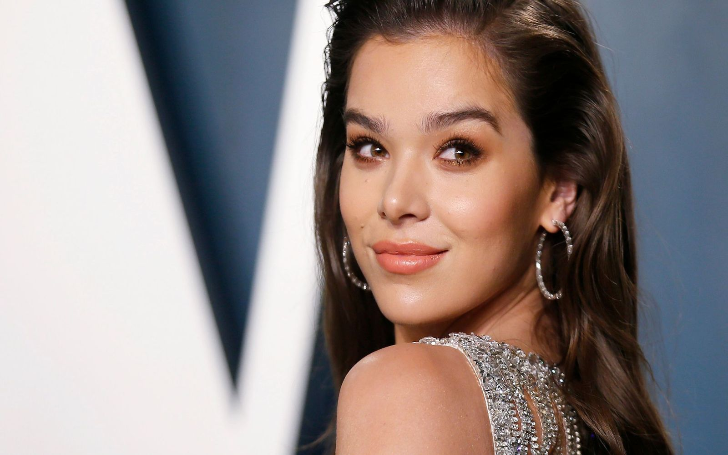 Hailee Steinfeld is probably one of those who have the fortune to gain huge popularity in a short career period. Hailee is professionally an American actress, model, and singer.

She is popular among audiences for portraying the role of Mattie Ross in the film True Grit.

Daughter of Peter and Cheri

Hailee was born in Los Angele, California, on December 11, 1996. Her father, Peter Steinfeld, is a personal fitness trainer, and her mother, Cheri, is an interior designer.

She also has one sibling named Griffin. However, Hailee grew up in Agoura Hills and resided in Thousand Oak, California.

Actress Haile belongs to a reputed and educated family. Taking about her academics, she attended the Ascension Lutheran School, Conejo Elementary, and Colina Middle School for her primary education. She was homeschooled due to bullying in 2008.

Hailee stepped into an acting career when she was just seven years old. Where she played the character of Talia Alden for the movie called She’s a Fox. At the age of 13, she was cast for the role of Mattie Ross in the movie True Grit. Many national and international audiences appreciated her work.

Hailee Steinfeld worked in Romeo and Juliet as a Juliet Capulet, Ender’s Game; Romance Drama Begin Again, Ten Thousand Saints, Carrie Pilby, When Marnie Was There, and many more. She was also seen in the Taylor Swift hit music video Bad Blood.

Moving into her music albums, she released an acoustic version of Stitches alongside Shawn Mendes in July 2015.

After that, she released another single album, Love Myself, Haize, Rock Bottom, Starving, Most Girls, and the list. Which albums are commercially successful and gained massive viewership.

Actress Hailee was in a relationship with various popular public figures and celebrities. There was a rumor of her dating a Vocalis, Charlie Puth.

The picture of them kissing after their performance at the AMAs got public. However, Puth denied that.

In 2017, Hailee’s name was connected with singer Justin Bieber. The former couple first met at Church. According to TMZ, the pair had a relationship together for just about a month. And this relationship, too, they denied the rumor by saying they were just friends.

The One Direction member Niall Horan is one of the most popular names for talking about Hailee’s relationship history. Horan posted on her birthday, writing in his post on Instagram, “the loveliest person on the planet and one of my best friends.” The former couple, Hailee and Niall, had split in December 2018.

Is Haille dating or single?

So, we’re here to clear up your confusion about Justin Bieber’s ex-girlfriend relationship status. Actress Hailee is currently single and not dating anyone. She seems tired of short-term relationship affairs and might be looking for her future partner with whom she can spend her whole life.

Actress and singer Hailee has made herself successful over the past years. Multi-talented Hailee is one of the richest singers in the United States. Her massive popular music albums and acting career help her gain a huge sum of wealth.

As per Wikipedia, Forbes, IMDb, and other sources, she has a net worth of $10 million approximately. While in 2017, her net worth was around $6 million.

As we see her growing popularity and immense dedication to her profession, her net worth growth will go a long way in the future.