Skip to content
Home » Entertainment » Is Nelly Married? Who is his Wife? Relationship Details

Is Nelly Married? Who is his Wife? Relationship Details 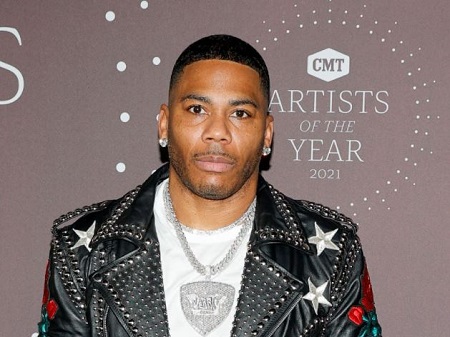 Cornell Haynes Jr, widely popular as Nelly, is a professional rapper and singer. He also runs a multi-million dollar clothing line (Vokal and Apple Bottoms). He has released Grammy Award-winning songs such as Dilemma, Hot In Here, and others.

Besides singing, Nelly has also appeared in the TV series CSI: NY. He and his dancing partner Daniella Karagach was placed third in the dancing competition TV series Dancing with the Stars (29th season). His love life is also making highlighted. Now, let’s discuss his past and present relationships.

Just A Dream singer Nelly and Shantel Jackson, an actress, and entrepreneur, ended their romantic relationship. He and Jackson separated in July 2021.

The ShoeGummi founder Shantel publicly announced the news of her and Nelly’s break-up. On July 31, 2021, she shared a picture of herself from the red carpet appearance captioning, “My favorite look from the past few weeks.”

In a comment section, one of her followers questioned her, saying, “R u Nelly still together I love seeing u guys together.” Replying to the comment, Shantel said, “No, we’re not…Just friends.” Nelly and Shantel began dating in 2014 and partitioned it in 2021.

Before starting a relationship with Shantel, Nelly was romantically involved with Ashanti. The 42-year-old Ashanti is also a singer and actress. She has released hit songs such as Foolish, Rain On Me, Stuck, etc.

The rapper and Ashanti first met at Grammy Awards Press Conference in January 2003. After the first meeting, the hit singers eventually shared a good bond and began their romantic relationship. Everything was going fine; the duo was living a private romantic life.

However, in 2013, Ashanti and Nelly ended their relationship following 10 years of dating. In 2015, she spoke about her and Nelly’s break-up on The Meredith Vieira Show. Ashanti said, “I think sometimes, when people have their own insecurities, it allows them to act out of character. I’ve been betrayed.”

After seven years of separation, Nelly and Ashanti were seen together at Fat Joe and Ja Rule‘s battle at Verzuz. He also hugged her, making their fans feel like they were on good terms and already reunited. However, both Nelly and Ashanti are private regarding their present relationship status.

Nelly Is The Father Of Two

The 48-year-old Nelly is the father of his two grown-up kids. He first welcomed a daughter Chanelle Haynes and became a daddy. She celebrates her birthday on February 28 of every year.

On February 28, 2021, Nelly shared a childhood image of her daughter, captioning, “My mini-me. Happy Bday to my first-born Daddy’s girl. Love you to the moon and back..!!”

Similarly, Nelly’s son Cornell Haynes III was born in March 1999. However, the information regarding Chanelle and Cornell’s mother is missing. As per Cornell III’s over 100 thousand followers Instagram bio (@t_trizzle1), he is a producer. Additionally, the Haynes siblings can sometimes be seen on Nelly’s post on his Instagram account.