Heather King Married Life? Everything You Need To Know. 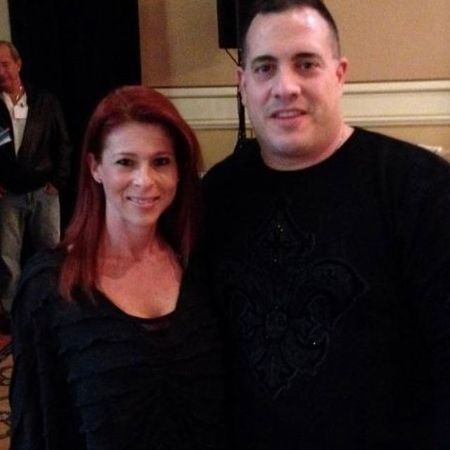 Heather King, the popular reality show star. Further, she is a well-known name in the Animal Planet television show Tanked. Heather King’s married life with her husband, became a reason for her popularity.

Not only this, her husband is a renowned businessman Wayde King of ”King Water Filtration”. Together they handle all their tank business, including their brother Brent Raymer.

In addition, Heather’s dad partnered with the company. Her husband’s immense love for animals pushed him to build a tank company where many big aquariums are built on demand.

After running the business for more than a decade, they got an opportunity to showcase their work through a television show.

Hence, their show Tanked was aired in 2011, giving global fame and fortune. And so, we are here to discuss the marriage of Heather king. Their show was popular among the viewers, which even helped them thrive in their LA business.

Many celebrities installed the fish aquarium in their house built by their company.

Let’s first know all the details that we could find regarding Heather King’s married life.

There is no precise information on when and how Heather and Wayde met.

Also, how long did they date before marriage is unknown? Both the couple gained popularity after featuring in Animal Planet’s show.

So, most of their early life remains hidden. Before marrying Wayde, she was known by the name Heather Lori Raymer.

Besides, Heather and Wayde exchanged the vows on October 25, 1997. However, other wedding details like guests and their wedding venue are yet to be found.

They went to Hawaii for their honeymoon. Soon after, they went to Mexico to celebrate their married life. Heather and Wayde lived a happy marital life for more than two decades.

Together they have two beautiful angels, Taylor and Morgan King. As Heather’s previous life is hidden, her daughter’s date of birth and other details are also refrained from sharing in the media. We can assume their daughter might be in their late teens.

Heather King ended her abusive marriage with her husband

It seemed they were living a healthy and joyful married life from the outside. But in reality, things were different. On March 8, 2019, news of Heather King filing for divorce from her husband aired like a wildfire.

Due to their massive success in a television show, their divorce became the talk of the town.

Heather filed in court, stating she has been physically traumatized and tortured by her husband. She even stated that her husband sometimes becomes so abused that their daughter came in between to release her.

Heather also showed the bruises and injuries that she gained from her husband in an interview with TMZ.

Why did they separate?

Before this, Wayde filed for a divorce, but the court didn’t approve the decision. Their court procedure began in May 2019 after the arrest of Heather.

She slapped her husband and punched him in the belly, and he then called the police. Initially, they had a furious argument which late resulted in a domestic violence case. Also Read: Randi Rousseau

However, she was released from custody the same day whose details were not provided. According to their divorce agreement, she asked for their daughters’ custody and healthcare and child support from her husband.

This heated divorce led to the cancellation of their show.