Jenny Sushe, whose real name is Jennifer Ravalo, is known as the “Queen of Naked Sushi.” She became a trending topic in March 2019 when Bulgarian boxer Kubrat Pulev kissed her in front of the camera after his post-fight interview. 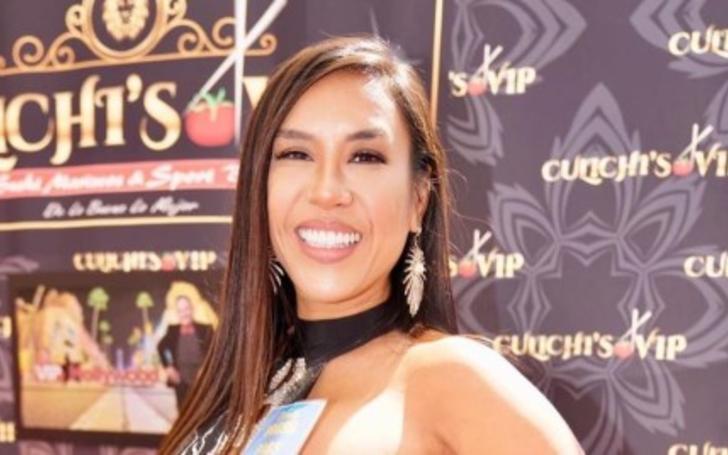 Jenny Sushe, whose real name is Jennifer Ravalo, is known as the “Queen of Naked Sushi.” She became a trending topic in March 2019 when Bulgarian boxer Kubrat Pulev kissed her in front of the camera after his post-fight interview.

Jenny is a sports journalist, writer, producer, and chef. She is also famous for hosting ‘The Jenny Sushe Show’ on Roku Tv and ‘The Domenick Nati Show.’ Let’s know some interesting facts about her personal and professional life.

On August 10, 1978, Jenny was born in California, the U.S. Her age is 41 years as of 2020. The details about her family background and early life are not available. It seems she has mixed ancestry.

Sushe is known for covering sushi, sports, and entertainment stories for Las Vegas Sports Daily. Also, she works for Manila Up Magazine.

The 41-year-old sports journalist and chef is probably a single woman. She hasn’t revealed anything about her relationship status. Also, she hasn’t been seen with any man that seems to be her probable partner. Therefore, she doesn’t have a husband or boyfriend at present.

However, she has shared multiple pictures with close friends on social media. Kate Abdo, another beautiful sports anchor, is very open about her love life.

The detailed information of Jenny’s past affairs is also unavailable. She is a gorgeous lady who may have dated men in the past. She might have married and divorced. Well, who knows? Because she has preferred to keep her personal life a secret.

How much is Jenny Sushe’s Net Worth?

Apart from her hosting income, Jenny is a chef as well. She loves making sushi and has her television show. Additionally, Sushe has appeared in the pages of PlayboySweden.

On March 23, 2019, Kubrat Pulev, a Bulgarian boxer, forcibly kissed Jenny on the lips during an interview. On March 28, 2019, Sushe announced that she would take legal action but later backed off from her decision. Afterward, Pulev’s license was temporarily suspended till September 23.

The scandal caused outrage among social media fans. When asked about the post-fight kissing, Kubrat said:

“The reporter, Jenny, is actually a friend of mine, and after the interview, I was so elated, I gave her a kiss,” he said. “On the video, after our kiss, we both laughed about it and thanked each other. There is really nothing more to this.”

And the reporter in reply told in an interview:

“We have never been friends. I didn’t agree to the kiss. He lied to the world when he said we were friends while kissing me. It was his first match in the US. Besides, he grabbed my buttocks  in the tent after the match.”

Nevertheless, the controversy is now no longer critical to Kubrat and the reporter. Kubrat is back on the ring while Jenny is busy with her show.