Jessica Amlee is a Canadian actress known for her role as Mallory Wells in the Heartland. The Greenhouse Academy actress Jessica is in a romantic relationship with her boyfriend, David Jones Roberts. 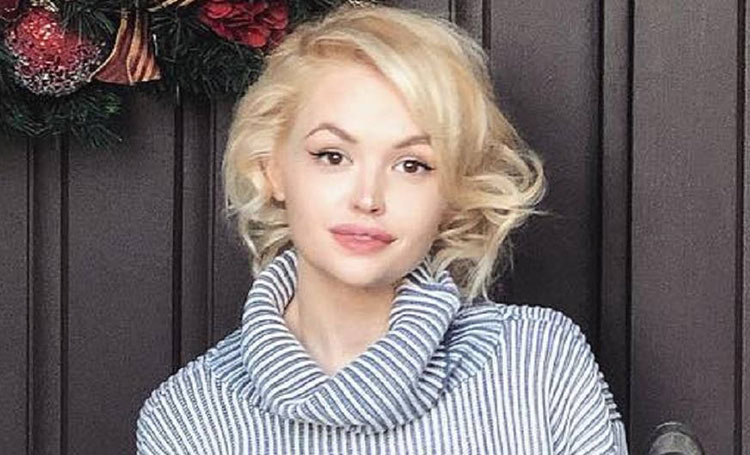 The beautiful and young Canadian actress Jessica Amlee came to the limelight just after she portrayed her role as Mallory Wells in the Canadian family drama Heartland. Likewise, she is famous for her character Jackie Sanders in the Netflix drama series Greenhouse Academy. Besides this, Amlee is also an Instagram star whose official Instagram account has more than 200 thousand followers.

Jessica was born as Jessica Kelsey Amlee in Maple Ridge, British Columbia, Canada, on July 17, 1994, to Steffie Amlee and her husband. She is the granddaughter of famous jazz saxophone player Paul John Guloien and P.J. Perry. Likewise, Jessica spends her childhood with her brother Mason Amlee. Additionally, she completed her graduation from Kanaka Creek Elementary School.

Is Jessica Amlee married? What is her present relationship status?

The 28-year-old actress, Jessica, is not a married woman. But seems like she is currently dating the 32-year-old actor David Jones Roberts. David is an Australian actor renowned for his role as Xavier Austin in the Australian television soap opera Home and Away. Actress Rebecca Breeds played the leading role in the Seven Network soap opera Home and Away

Some reports suggest the Australian actor Roberts and Canadian actress Amlee have been together since 2014. However, the details of their first meeting remain silent.

Jessica and David remained active on their official Instagram account, sharing pictures. On November 30, 2017, David shared an image of himself fishing with Jessica, captioning, “Couples that fish together stay together.”

But, since 2018, Beneath actress Jessica and actor David has stopped sharing snaps with one another on their social site. However, they have not unfollowed each other on their Instagram. Likewise, providing hints of their ongoing romance, Jessica commented, “sug ily. This is so cute omg I’m dead, ” in the childhood image uploaded by David on his 30th birthday.

As of 2023, Jessica is dating her partner privately without sharing images on her social networking accounts.

The acting was the childhood dream and passion for Jessica. Having a strong desire and incredible acting skills, in 2001, she got an opportunity to portray the role of Annie Owen in the Canadian/American TV series Mysterious Ways. The same year, she played in three TV series and became the best actress.

After working as an actress in a few TV shows, in 2002, she was offered a film. Her debut movie was the supernatural horror film, They, directed by an American film and television director Robert Harmon. Jessica portrayed the role of Young Julia and another Canadian actress, Laura Regan.

With years of hard work and dedication, Jessica’s acting career rose to prominence in 2004 after she worked in the Canadian drama film, The Love Crimes of Gillian Guess. For the movie, Amlee also won the Leo Award in the ‘Best Supporting Performance by a Female’ category.

Amlee’s movies and TV shows, such as Heartland and Greenhouse Academy, added hype to her acting career. Jessica is also a voice actress who did the voice work in the 2005 computer-animated film Barbie and the Magic of Pegasus.

The Canadian actress Jessica Amlee has an estimated net worth of $2 million. The 5-foot-3-inch (160 cm) tall Jessica has been part of the entertainment industry since 2001, from which she has accumulated impressive wealth.

2003 Canadian film My Life Without Me collected $12.3 million in its box office collection. The motion picture was produced by Esther Garcia and Gordon McLennan under a production budget of $2.5 million, where actress Amlee also portrayed the role of Penny. She also earned well from her Television credits.

Being a professional actress, Jessica undoubtedly gathers a hefty sum of wealth. Glassdoor reports in Canada, the annual salary of the actress is $124054.

Have A Look At Favebites, For More Celebrity News