Casey Hooper is a professional guitarist known for his work with famous singer Katy Perry. The 36 aged Casey has been married to his wife, The Walking Dead actress Alexandra Breckenridge since 2015. They have two children. 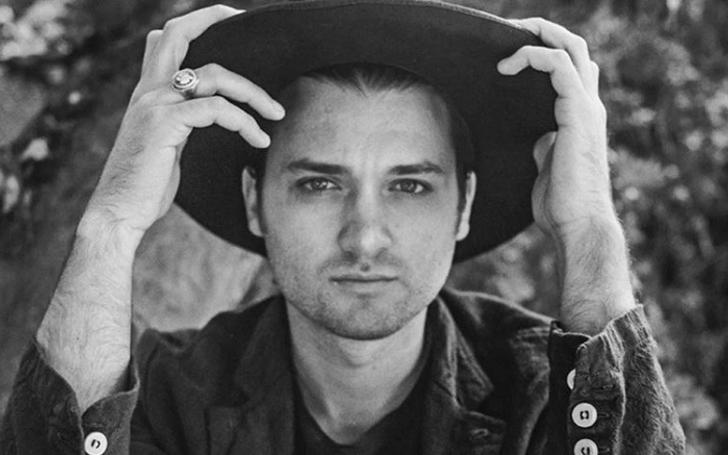 You might have seen Casey Hooper in the stage program and concerts. If not, then nothing to worry about. Today we are writing an article about Casey, who is working as a lead guitarist and performer of the well-known singer Katy Perry. Not only with Katy, but the famous guitarist Hooper had also worked with several other prominent singers.

The lead guitarist was born Casey Neil Hopper on July 16, 1986, in Des Moines, Iowa, to the American Dave Hooper (father) and Rebecca Cartwright (mother) family. Additionally, he has a brother named Spencer Hooper. Apart from his professional work, he is also gathering wide media popularity as the husband of the famous American actress Alexandra Breckenridge.

Casey Hooper and Alexandra Breckenridge, Together Since 2012

The 36-year-old guitarist is happily married to the 40-year-old Alexandra Breckenridge. Alexandra is an American actress widely renowned for her appearance as Jessie Anderson in the horror series The Walking Dead.

Casey and Alexandra had their first encounter at a Grammy’s afterparty in 2012. Their first meeting was enough for them to start a connection, later changing it into a romantic bonding. On June 21, 2012, Breckenridge and Hooper made their first red carpet-appearance by attending the premiere of Ted.

Following two-years long dating, the musician proposed to the actress with an engagement ring. On September 17, 2014, the Virgin River actress Alexandra announced her engagement with her longtime boyfriend Casey, saying, “We have Engaged.”

After the blissful engagement, Alexandra and Casey finalized their wedding date on September 14, 2015. The power couple tied the wedding knot in a small ceremony surrounded by their close ones in Springs, Colorado.

Breckenridge shared an image of their wedding on September 15, 2015, writing, “Let’s get married in a field.” She wore a strapless, floor-length gown, and Casey wore a black tuxedo while walking down the wedding aisle.

As of now, Mr. and Mrs. Hooper share a healthy marital bond as perfect married partners. Unlike other married pairs, Casey and his beloved wife, Alexandra, have kept themselves far from the media outrage regarding rumors and controversies about their separation. The husband-wife duo celebrated their seventh wedding anniversary in September 2022.

As of now, the Breckenridge Hooper family is living a lavish and limelight life. Billie and Jack sometimes feature in numerous posts updated by their celebrity parents on their official Instagram accounts.

Casey has an estimated net worth of $1 million, which he has collected throughout his professional career as a guitarist. Being Katy Perry’s lead guitarist, Hooper got to tour with the artist and perform at numerous shows and events. As per Indeed, the average salary of a guitarist in the United States of America is $42,254 per annum.

On the other hand, his spouse Alexandra enjoys a net worth of $2 million. She has gathered wealth throughout her professional work as an actress. Like, Justin Hartley, Alexandra played the leading role in the NBC family drama series This Is Us. Being the cast in the famous series, Breckenridge might have earned an impressive salary.

Besides being an actress, Alexandra is a  fashion and cover model who has now made endorsement deals with many famous fashion brands and magazines. Likewise, an actress has also portrayed her role in the American romance drama series Virgin River.