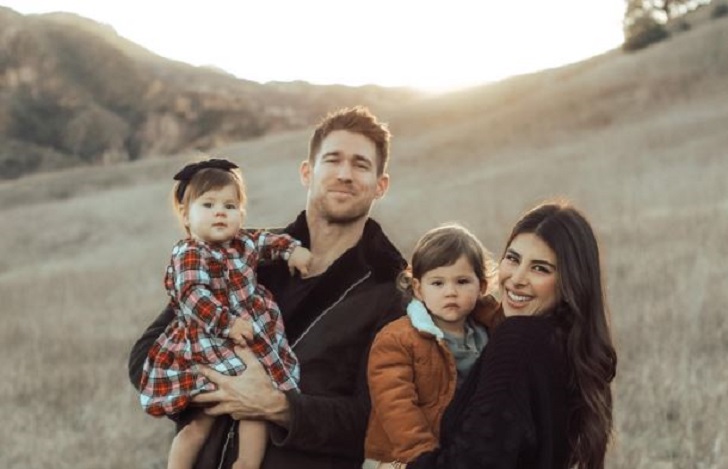 The teen sitcom Victorious is one of Nickelodeon’s most favored and highly successful sitcoms in history. Many cast’s acting careers built up after the series was released and got much love from the public audience. Among other lead stars, Daniella Monet is also receiving a wide range of media attention after playing Trina Vega in Victorious.

The actress was born Daniella Monet Zuvic in West Hills, California, on March 1, 1989. Monet started her journey in the Hollywood Film and TV series Industry in 1997, playing the role of Young Corey in the crime drama Pacific Flow. Besides Victorious, Daniella’s major appearance as Megan Kleinman in the CBS sitcom Listen Up! is also popular.

The actress and singer have earned a whopping net worth from her professional career. As of 2022, she has an approximate net value of $3 million. The actress not only lives a blissful professional life, her current relationship with her partner Andrew Gardner seems beaming.

The 33-years-old A Fairly Odd Summer actress Daniella lives a complete nuclear family life with her partner Andrew and two kids. On April 3, 2019, the actress revealed the news of her pregnancy. Sharing the image with Clear Blue Pregnancy Checker Monet, wrote, “We’re going to be parents!!! Can you believe it? MOM & DAD. We are so excited and even more excited to finally share the news!”

On May 12, 2019, Daniella revealed the baby’s gender, writing, “It’s a boy.” The pair welcomed their son Gio James Monet Gardner, on September 29, 2019. He shared the picture of Daniella with their newborn on Instagram, captioning, “@daniellamonet and @giojamesg skin to skin for the first time. Probably one of the most raw, beautiful & emotional moments I’ve ever been a part of. Forever changed in the best way. Love you & so proud of you @daniellamonet.”

Similarly, Zoey 101 actress Daniella became pregnant with her second baby in September 2020. “Oh, baby! Here we go again! Beyond excited to FINALLY announce [that] we’re EXPECTING baby #2! So much to share with you guys. Best 9-year anniversary gift ever.“

They became parents for the second time in February 2021, welcoming a baby girl, Ivry Monet Gardner. Daniella shared the news of Ivry’s birth via Instagram post with the caption, “@ivrymonet has grown our hearts in an indescribable way. Something tells me she’s here to add a lot of light. I feel so lucky to be her mama. So very in love.“

Unlike some other stars, Monet and Gardner are raising their kids, keeping them in the limelight. The more than two-year-old Gio James and his younger sister Ivry, 1, are attracting attention as celebrity kids. Also, they appeared on their mother Daniella and father Andrew’s Instagram posts.

The Baby Daddy actress Daniella began her romantic relationship with her now-fiance Andrew Gardner in September 2011. Andrew, an entrepreneur who runs a coffee business, Drew Coffee, shared their throwback image with Daniella on September 26, 2018.

In the photo, he wrote a caption, “Feeling grateful…Yesterday we celebrated 7 years together. A lot can happen in that amount of time and A LOT has happened, but we continue to choose each other and that’s a beautiful thing. There’s no roadmap to life, and just like everyone else (no matter your age), we spend our days trying to “figure it out,” but – we get to keep doing that together & that makes me happy in the present and excited about the future.“

Daniella and Andrew host a podcast called ‘Adulting Like A Mother Father.’ After more than five years of dating, businessman Andrew proposed to Daniella in December 2017 at Christmas. He proposed to her inside their home in Los Angeles uniquely as he wrote: “Marry Me?” on a tree, and behind her, he was getting on his knee to offer her an engagement ring.

On Instagram, Monet, who got emotional after the surprise proposal, shared the picture of that tree, writing “Best day of my life,” in the caption. The engagement video is also available on her official YouTube channel. As of now, the soon-to-be husband-wife duo is enjoying their life as fiancee and fiance. The couple is yet to share the news of them taking their relationship to the next level and marrying.