Who Is Erin Slaver? Details Of Chris Carmack’s Wife 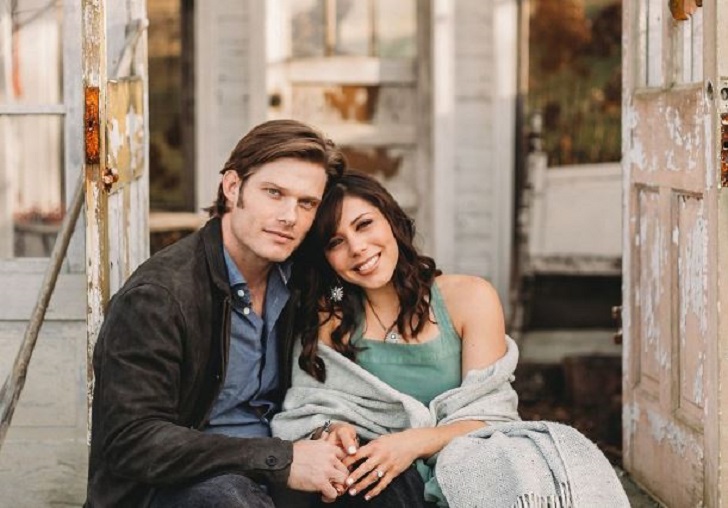 Erin Slaver is a performing artist specializing as a violinist, vocalist, and songwriter. Slaver, an avid instrumentalist, singer, and performer, have shared the stage and worked as back-up with famous musicians such as Martina McBride, Trace Adkins, Kelly Clarkson, etc.

Slaver, who has acted as Audrey in the comedy-drama Never Look Back (1997), celebrates her birthday on February 9. She was born in Liberty, New York, to guitarist father John Slaver and mother JoAnn Slaver. After completing high school in 2006, Erin joined Stony Brook University, New York, attending classical music classes, “festivals and performing in orchestral concerts.” Later, she received graduation with Bachelor’s in Music in 2010.

Erin’s prominence rose after she shared her wedding life with famous actor and singer Chris Carmack. Mr. and Mrs. Carmack currently shares a healthy marital bond. Now, know the details of their wedding and family life in th following sections.

The 41 aged dashing Chris gains popularity for his appearance, especially in TV series. Carmack’s acting career started in 2000; after three years, his career got hyped by playing Luke Ward in the teen drama series The O.C.

Since then, the 6-feet-1-inch (185 cm) tall Carmack has been living in the spotlight. He has also made appearances in famous TV series such as Nashville, Grey’s Anatomy, Desperate Housewives, Smallville, etc. Also, Chris has featured in movies like The Butterfly Effect 3 and Into the Blue 2: The Reef, and others.

They Tied The Nuptial Knot In 2018

Carmack and Slaver’s relationship started as friends. Their good friendship later becomes a romantic bonding, and they are still inseparable. They had their first encounter on the musical soap opera Nashville set. Slaver played violin with the cast Sam Palladio, who enacted the role of Gunnar Scott. And actor Chris portrayed the role of Will Lexington.

Following several years of romantic liaison, Slaver announced her engagement with Carmack on March 2, 2016. Erin wrote, “Sparkling drinks and fingers,” uploading a sweet snap with Chris. The CSI: NY star proposed to Erin with a diamond engagement ring on New York’s “rooftop at a hotel.“

Erin and Chris tied the wedding knot on October 19, 2018, in the wedding venue in Nolensville, Tennessee, at the Mint Springs Farm. Wearing a floor-length sleeveless ball gown, Erin walked down the wedding aisle with her partner. She accessorized herself by wearing a pearl necklace, drop earrings, and tiara.

Chris wore a white shirt, a black bow tie, and a black tuxedo. Speaking to People regarding the marriage, Erin said, “Chris and I are overjoyed to now be husband and wife.” He also shared their wedding news through Instagram, saying, “First look on the big day!”

On August 2, 2016, sharing an image from the baby shower party, Erin revealed the news of her first pregnancy. Later, she and Chris welcomed daughter Kai Carmack in August 2016 at Saint Thomas Midtown Hospital, Nashville.

He wrote, “We had a baby! Cielle Estee Carmack, (means the sky and the stars) and that’s exactly what she is to us! Born 2 weeks early on May 10th, she was the best surprise we could’ve imagined!” sharing pictures of their newborn.

The married duo is jointly parenting their two adorable daughters. The six-year-old Kai and her sister Cielle Estee often make their presence on their parent’s social media posts. Also, the Carmack sisters are getting fame and limelight as celebrity daughters.