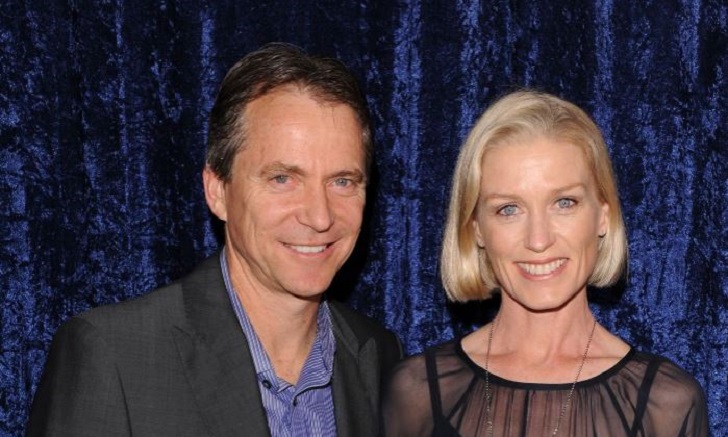 The 59-years-old American actress Jessica Tuck fascinates people through her incredible acting skills. Tuck, who has been a member of the film industry since 1988, is popular for her appearance in True Blood. In the HBO fantasy horror drama series, Jessica plays Nan Flanagan.

Similarly, Jessica’s leading role as Megan Gordon Harrison in the ABC soap opera One Life To Live is also noticeable. For the series, she also received Daytime Emmy Award nomination. The three-decade-long acting career has led actress Tuck to live a prominent lifestyle.

Jessica received a BS degree in Psychology from Yale University. Now, let’s get into her marital life. Who Is Jessica’s husband? Here we will discuss Tuck and her spouse’s married life.

The ‘O.J. Simpson Story,’ actress Jessica’s husband, Robert Koseff’s profession, differs from her. The South African Koseff is involved in the financial sector with “more than 28 years of progressive experience in finance and operations management.”

As per Robert’s Linkedin profile, he is a VP of Finance at the Los Angeles-based fashion jewelry and accessories supplier, Carole Inc. Koseff previously worked as controller at Normark & Associates. The Johannesburg native Robert graduated with a Bachelor’s Degree in Business/Commerce, Accounting from the University of Witwatersrand, Johannesburg, South Africa.

Has Been Married Since 2004

The Days of Our Lives actress Jessica tied the wedding knot with Robert on September 26, 2004. The couple exchanged the vows following several years of dating.

The detailed information regarding Jessica and her husband Robert’s wedding is missing as they walk down the aisle privately. Mr. and Mrs. Koseff live merrily, sharing an inseparable bond as perfect married partners.

This powerful married pair has already celebrated their 17th wedding anniversary, and the bond is still going strong.

Robert is not active on any social sites. But, Jessica never misses a chance to share adorable pictures with her hubby on her official social networking sites. Likewise, the married duo sometimes jointly attends public events.

Robert and his wife Jessica shared an adorable daughter from successful marriage life. Their only daughter, Samara “Sam” Barnes Hallam Koseff, was born on March 24, 2003, a year before walking down the aisle.

As per Jessica’s Instagram posts, her 19-years-old daughter Samara attended ballet classes at Westside School of Ballet, Santa Monica, California. She passed her 10th grade in June 2021 from Crossroads School for Arts and Sciences. As of now, Samara studies dance and academic scholarship at Goucher College. Additionally, Sam writes “they/them” on her Instagram bio.