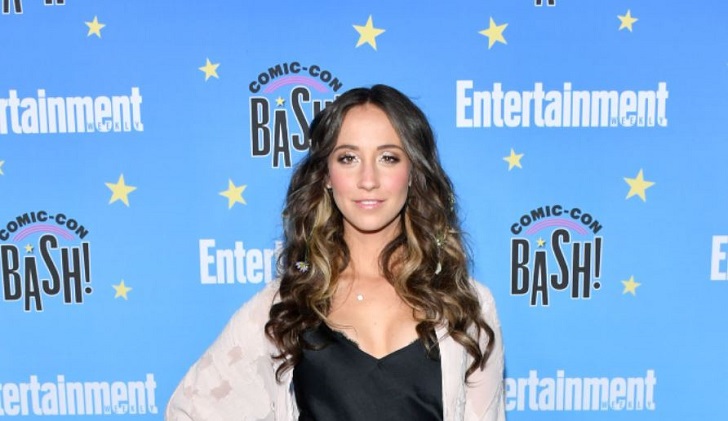 The 32 aged actress Maeve’s other experience includes The Runaways, The Magicians, Golden Boy, Starlet, Buttwhistle, and others. Her professional acting career has helped Maeve earn popularity and a hefty wealth. But what about Stella’s personal life? We will discuss Stella and her partner Benjamin Wadsworth‘s relationship details in the following sections.

When Did Stella Maeve And Benjamin Wadsworth Met?

Like Stella, her boyfriend-turned-partner, Benjamin Wadsworth, is an actor by profession. The handsome hunk is popular for playing in the Syfy series Deadly Class as Marcus Lopez Arguello. The actor’s other credits include Teen Wolf, Dad vs. Lad, Your Honor, Girl Meets World, and Let the Right One In. Benjamin has a younger brother named Sully Wadsworth.

The American actors first met in July 2018 at San Diego Comic-Con. Explaining the incident to Page Six regarding their first encounter, Benjamin said, “I was waiting to go on to do the (Deadly Class) panel, and my manager was talking to her and said, ‘Ben, come over here and meet Stella.’

Wadsworth added, “She kept making eye contact with me too, so I decided to go over and talk.” After the first meeting, Stella and Benjamin felt romantically connected and began their romantic relationship. The couple shared pictures on their Instagram in December 2018.

Following several months of dating, Benjamin proposed to Stella with an engagement ring. Wadsworth popped the question on May 10, 2019. Maeve chooses Instagram to reveal their engagement news.

Sharing pictures with Benjamin flaunting her diamond ring, she wrote, “May 10th, this happened. My love, life, wife!” Even if Stella has not officially changed her surname from Maeve to Wadsworth, the duo pronounce themselves husband and wife.

Stella is 10-years older than her fiance Benjamin from which she has faced criticism and got trolled. Despite an age difference, this lovebird shares a healthy intimate bond. The couple spends quality time together and never misses a chance to share pictures on their official Intagram accounts.

From the romantic relationship, Benjamin and Stella welcomed an adorable baby girl. On August 17, 2019, Maeve announced her 12 weeks of pregnancy news via Instagram, writing, “That’s right, you CAN HAVE IT ALL!“

Later, Stella gave birth to her and Benjamin’s daughter Jo Jezebel Wadsworth on January 29, 2020. As of now, Benjamin and Stella are jointly parenting their kid. The two-year-old Jo Jezebel is sometimes featured on Stella’s Instagram posts. Likewise, she is also receiving fame as a celebrity daughter.