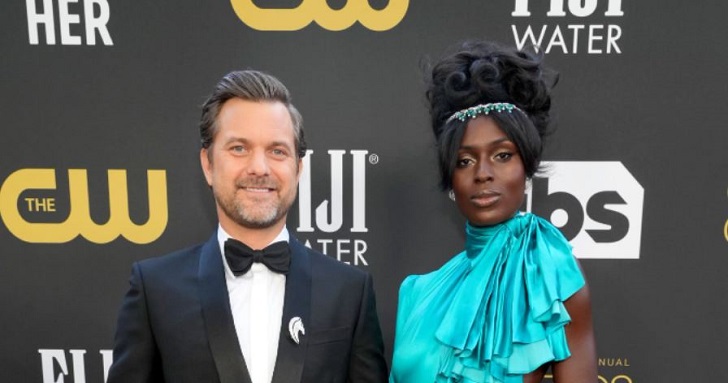 As of 2022, he has an estimated net worth of $12 million. Now, let’s discuss Joshua’s marital status and wedding life in the following sections.

Who Is Joshua Jackson’s Wife, Jodie Turner-Smith? Their First Meeting

The 43 aged actor Joshua has been in a blissful romantic relationship with his beloved wife, Jodie-Turner Smith. Jackson’s wife Smith also lives a celebrity life, pursuing a fantastic career as an actress and model.

She has walked on fashion shows promoting various fashionable brands. Similarly, Jodie has starred in movies and TV shows such as Anne Boleyn, The Last Ship, Nightflyers, and Queen & Slim.

The Fringe actor Joshua and the Last Ship actress Jodie first met at American singer Usher’s 40th birthday party in October 2018. After being spotted together at the party, Jackson and Smith’s romance rumors spark all over the media.

Joshua and Jodie began making public appearances holding hands together but did not confirm their romance until 2019.

In July 2019, Jodie took an Instagram to share the news of their ongoing romance with the public. Sharing a picture of herself starring at her phone tagging Joshua, Smith wrote,

“I will always look at you this way.”

On November 14, 2019, Joshua and Jodie made their first joint red-carpet appearance attending the premiere of Jodie’s film ‘Queen & Smith.’ At the appearance, Jodie Smith flaunts a beautiful diamond ring, from where the news regarding their marriage circulated all over the media.

In December 2019, the couple revealed the news that they were expecting their first child together.

Later, Jodie-Turner gave birth to their daughter, Janie Jackson, in April 2020. As of now, Joshua and his wife Jodie are jointly parenting ther baby girl. Unlike other star kids, they have kept their daughter Janie far away from the spotlight.

On November 27, 2021, sharing Janie and Joshua’s foot image, Jodie captioned the image by saying, “I’m most thankful for you.”